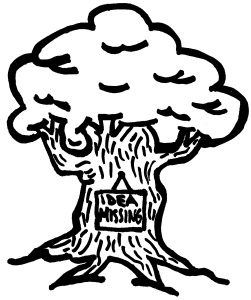 One of the most exciting aspects of September’s Movie of the Month, the irreverently cerebral Steven Soderbergh comedy Schizopolis, is in trying to figure out exactly who it’s for. As a filmmaker, Soderbergh has consistently maintained a one-for-me-one-for-them creative pattern, balancing out crowd-pleasers like the Oceans & Magic Mike series with head-scratchers like Solaris & The Girlfriend Experience. Few creative enterprises have ever felt as self-satisfying as the deliberately impenetrable Schizopolis, however, which was seemingly made for Steven Soderbergh and Steven Soderbergh alone, an audience of one. What’s interesting is that as insular & self-indulgent as Schizopolis can feel to anyone who isn’t Steven Soderbergh, it also closely resembles the debut crowd-pleaser that jumpstarted his career, a feature that made him a name before he had even fully found his voice. In a way, Schizopolis documents Soderbergh’s return to his creative home base, his professional launching pad, only so he could set fire to the good will it generated and move on with his life. Soderbergh may have built his career on a one-for-me-one-for-them ethos, but Schizopolis is a rare case of the director returning to one of his one-for-them successes with an anarchic intent to explode his own legacy.

Sex, Lies, and Videotape was a Big Deal in 1989. At 26 years old, Soderbergh was the then-youngest director to win the Palme d’Or at Cannes with this debut feature, which then went on to earn great financial success that made a name for the Sundance Film Fest and was a major player in kick-starting the 90s indie cinema boom. That success also weighed heavily on Soderbergh’s shoulders. A film famously written on a legal pad during a week’s worth of travel and filmed in just a month’s time in Soderbergh’s makeshift home city of Baton Rouge, Sex, Lies, and Videotape quickly built the young director up for a massive professional fall, a danger he immediately succumbed to. His three immediate follow-ups– Kafka, King of the Hill, and The Underneath— bombed critically & financially, leaving him dangerously close to becoming an indie cinema one hit wonder. To shake himself out of this professional slump, Soderbergh returned to Baton Rouge as a prodigal son to film another hastily-written, dirt cheap reflection on domesticity & suburban ennui. Where he had formerly crafted a poignant, darkly funny drama that struck a chord with everyone within earshot, he now seemed determined to cut loose with a nonsensical comedy designed to strike a chord with no one. Schizopolis was the inverse, anti-matter version of Sex, Lies, and Videotape, a kind of self-targeting professional blasphemy that set Soderbergh free from the expectations set by his initial success.

Much like Schizopolis, Sex, Lies, and Videotape is about a long-married Baton Rouge couple struggling to maintain intimacy & honest communication as their domestic life loses its initial spark of romance. Andie MacDowell stars as a bored suburban housewife who doesn’t believe women enjoy sex as much they report to while her eternally horny husband cheats on her with her equally oversexed sister. Although she’s never experienced an orgasm and is embarrassed to discuss masturbation even with her therapist, her sexual appetite is seemingly awakened by the arrival of her husband’s old college buddy, a drastically gloomy James Spader. Spader’s lovelorn drifter is an impotent fetishist who can only get off by interviewing women about their sexual past on the titular videotapes, which he watches in isolation. McDowell’s lack of a sexual appetite & Spader’s social impotency amounts to a kind of sexual miscommunication that builds nicely with the ambient tension of Sex, Lies, and Videotape‘s Cliff Martinez score. The film’s payoff is in watching two emotionally wounded animals eventually get on the same page to fulfill their obvious desire for one another, despite the communication breakdown of their sexual language. Paradoxically, Schizopolis would later make this exact kind of romantic miscommunication more literal and more abstract.

Schizopolis may return to the themes & settings of Sex, Lies, and Videotape, but it also feels hostile to the commercial elements that make Soderbergh’s debut a universal success. Themes of romantic miscommunication are made irreverently literal as a husband & wife’s dialogue are overdubbed in two incompatible languages or converted to generic, nonsensical placeholder phrases. Where Sex, Lies, and Videotape was hastily written, Schizopolis is almost wholly improvised, making its spontaneity even more abrasive. In his debut, Soderbergh made sure to keep his Baton Rouge setting mostly confined to interiors, where MacDowell’s thick Southern accent is the only identifying element at play that makes it feel unlike Anywhere, America. By contrast, Schizopolis makes a point to document as many Baton Rouge-specific exteriors as possible, to the point where half our initial conversation on the film was distracted by its tourism of a city where most of us had lived at one time or another in the 2000s. He made the film even less universal by casting himself & his ex-wife (Betsy Bentley) as the film’s romantic doppelgängers; not to mention the lack of commercial appeal inherent to an irreverent film about romantic doppelgängers in the first place. It’s a film that covers the same adulterous, dispirited, emotionally dysfunctional territory as Sex, Lies, and Videotape, but with none of the universal appeal that made that landmark erotic thriller a critical & financial hit, deliberately so. It even forsakes the immediate appeal of its predecessor’s instantly intriguing title.

As disparate as the approaches in Soderbergh’s Baton Rouge-set domestic dramas seem aesthetically, there’s actually a fair amount of Schizopolis’s DNA detectable in Sex, Lies, and Videotape. Besides the obvious overlap in themes & setting, one of the more striking aspects of Sex, Lies, and Videotape is the dissociative disconnect between the movie’s imagery & its soundtrack. From the opening sequence where Andie MacDowell rambles to her therapist about waste disposal while the audience watches James Spader travel to Baton Rouge as a prodigal son to later scenes where her confessions of sexual appetite deficiency overlap with images of her husband’s infidelity, Sex, Lies, and Videotape is playful with the ways the sights & sounds of cinema can manipulate audience perception when out of sync. Schizopolis pushes this dissociative effect to a comedic extreme, jarring its audience out of sync at every possible turn with the irreverence of a feature length Monty Python sketch gone rogue. By returning to his earliest success in filmmaking experimentation, Soderbergh rediscovered the tools & effects that initially excited him in the first place, then decided to push them as far as the medium (and perhaps past where his audience) would allow. He picked apart & set aflame the basic components of his first feature in an eccentrically personal work that seemed to violently shake him out of a five year sophomore slump and led directly to the most successful stretch of his career to date.

For more on August’s Movie of the Month, the irreverently cerebral Steven Soderbergh comedy Schizopolis, check out our Swampchat discussion of the film and last week’s look at how its romantic doppelgänger crisis compares to the themes of Anomalisa (2015).