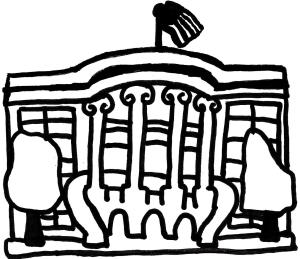 Several years ago when Rob Zombie’s Halloween remake was first announced, I asked my neighbor and fellow horror fan Drew if he thought it would be worth seeing. In his trademark bombast, he declared that there was no point; the original Halloween had spawned so many imitators and copycats over the ensuing decade that the movie had essentially been remade dozens of times.

I couldn’t help but think about the autumn afternoon that conversation took place while sitting in the theatre watching Roland Emmerich’s latest cinematic outing, Independence Day: Resurgence last week. Why should we revisit the world of Independence Day when there have been so many imitations, parodies, and virtual remakes of that movie in the twenty intervening years between the original and this too-late sequel? Especially given that many of the attempts to recapture ID4’s success were made by that film’s director? After early career success with cult film Universal Soldier and the big-budget sci-fi flick Stargate (which I rather like, although I understand and accept that I’m in the minority on this one), Emmerich hit the film world with comparable force to one of the ID4’s flying saucer beams. The 1996 film was the highest grossing movie of the year, with a box office take of $817.4 million (for comparison, Twister was the second highest grossing film of 1996, raking in $494.4 million, about 60% of ID4’s total), and led Time to declare that science fiction was back in the mainstream. Comparative quality aside, Independence Day was essentially the Star Wars of the nineties: a surprise blockbuster success that catapulted almost everyone involved into another level of Hollywood starpower.

There are those who argue that Independence Day is a dumb movie, including most internet reviewers like (my personal hero) Lindsay Ellis, although even the hardest-hearted nitpicker can admit that there’s nothing wrong with loving a dumb movie. I have an unabashed fondness for ID4 even after all the times that I’ve seen it, and I can’t even find it in my heart to consider it a dumb movie, for all of its flaws. The characterization is generic and bland; as a result, most of the audience investment in the film rides on the charisma of its leads, Jeff Goldblum, Bill Pullman, and (especially) Will Smith, even more than the show-stopping effects work that turns DC, LA, and NYC into smoldering ruins. The film is unabashedly patriotic and jingoistic, but in a largely positive way; it’s not pro-America to the extent that non-Americans are portrayed as chaotic evil monsters, as in films in the vein of Emmerich’s later film The Patriot. What I love most about ID4 is that the stakes feel real and tangible, because the world of Independence Day is, for all intents and purposes, our world.

Resurgence’s biggest flaw lies in how it fails to understand the simple appeal of that reality. Because all the reviews that you’ve seen talking about how Resurgence is an awful piece of shit aren’t really accurate: Resurgence is a perfectly serviceable modern science fiction film. That’s faint praise and I know it, but it’s the truth. Resurgence is not a good movie or a bad movie, it’s just a moderate, middle of the road, mediocre film. It’s just as “dumb” as ID4 but without the charm. It’s basically a Syfy Channel original but with actors who can recite dialogue like they’ve met a human being before (minus Brent Spiner) and a budget that accommodates the spectacle that Emmerich wants to put on display. It’s as bland and inoffensive as a film can possibly be, and it would be as quickly forgotten as comparably unmemorable sci-fi time-passers like 2013’s Oblivion and 2014’s The Signal were it not for the fact that it’s a follow-up to a movie that people have intense nostalgic fondness for.

But before I spend any more time deliberating on the differences between the sequel and the original, a brief plot outline: 20 years after the “War of 1996,” the various nations of the planet are largely unified into a single governmental body and with a singular planetary defense force. Doctor David Levinson (Jeff Goldblum) is director of Earth Space Defense, and his father Julius (Judd Hirsch) wrote a self-aggrandizing book and is living off of its profits on an apparently indestructible houseboat. Former President Whitmore (Bill Pullman) is tended to by his daughter Patricia (It Follows’s Maika Monroe taking over for Mae “Her?” Whitman, because the latter is “not pretty enough” I guess), who is also a former space jet pilot and current staffer in the White House under President Sela Ward, who may have been given a character name but damned if I can recall it. Dylan Dubrow-Hiller (Jessie Usher replacing Ross Bagley), the stepson of Will Smith’s character in the first film, is the leader of a squadron of “legacy” pilots, including new characters Jake Morrison (Liam Hemsworth) and Charlie Miller (Travis Tope), who have been busted down to menial work after Morrison endangered Dylan in a practice flight. Also, Charlotte Gainsbourg is in this movie for some reason, as a researcher who thinks that a very simplistic icon that repeats itself in the drawings of people who were psychically connected to the aliens is important before disappearing as soon as the plot no longer needs her. Oh, and Brent Spiner is back as Dr. Okun, only this time he’s a major part of the plot in addition to service as one of the film’s four(!) comic relief characters. The plot follows the new generation (Hemsworth/Monroe/Usher) teaming up with the old (Spiner/Pullman/Goldblum) to destroy a new alien threat, which is the same as the old alien threat but bigger.

One of Emmerich’s trademarks is that his films (that aren’t the least historical historical pictures ever committed to film, like The Patriot and the utter garbage Anonymous) usually open with one character finding out about something, then that information being communicated to several other people before being disseminated to one of our protagonists. Stargate opens with a child in Egypt discovering something that becomes her life’s work, and then James Spader is eventually brought in to translate the hieroglyphics that kickstart the plot. In ID4, a signal is detected and the information is eventually escalated to the point that the president is awoken to be told this information. Often, someone of import will be in the middle of a party and then be called away to answer a phone call. As lazy as it is to repeat this trick over and over again, it’s a decent filmic way of using a gigantic cast of characters in order to convey a sense of scale. That’s part of what helped ID4 feel so global, but here the world of the film feels very small, and we see characters that we already know almost immediately. A lot of this has to do with the film’s world-building, which is another element that alienates this sequel from the original. The appeal of Independence Day is that it took place in our world, whereas Resurgence takes place on an Earth with antigravity helicopters, interplanetary “tugs” that can shuttle to the moon and back in a matter of minutes, a building that you don’t even realize is the rebuilt White House at first, and soldiers carrying around Halo-esque pulse rifles. Everything in the film is futuristic because it’s been reverse-engineered from alien tech; this needn’t inherently detract from the film, but it does mean that the world of Resurgence isn’t ours, and it’s hard to care about the stakes in this film when compared to the original. This entire film could take place on Alderaan or Arrakis for all that it resembles the 2016 we’re all living in. And when we live in a world where 9/11 imagery is used to “sell” the audience destruction on a massive scale in everything from Man of Steel to Transformers, Independence Day’s relatively tasteful and understated destruction and use of practical effects seems dated now, but Resurgence goes too far in the other direction, with the over-the- top devastation looking like outtakes from 2012 that were put back in the box for being too unbelievable.

There’s honestly too much to say about why this film fails as a sequel, so divorcing it from that context and viewing it as a run-of- the-mill sci-fi flick that combines absurd schlock (Judd Hirsch outrunning a tidal wave on a tiny boat is some ‘98 Godzilla shenanigans) with occasional tenderness (Monroe and Pullman pull off some damn fine interfamilial love) is the best way to enjoy it Resurgence, should you want to do so. There are interesting ideas aplenty: post-singularity life forms that exist elsewhere in the universe, an insular nation where a ground war against survivors of a crashed alien ship went on for a decade after the invasion proper was thwarted, and the haunted dreams of post-invasion survivors are all woefully underdeveloped in comparison to subplots that are useless and forgettable, like Charlie’s crush on the Chinese pilot, the tagalong auditor comic relief character, the busload of kids that Judd Hirsch rescues, and pointless rivalry between Dylan and Jake. The attempts to recreate the personal relationships of the first film fall flat, and it would have been better not to try at all.

Overall, Resurgence is too little, too late, and it doesn’t have the heart and charm that the original did to cover its flaws. But it exists now and we all have to live with it, so my advice is to either not bother or try to enjoy it as an Asylum flick that somehow got a big-screen budget.