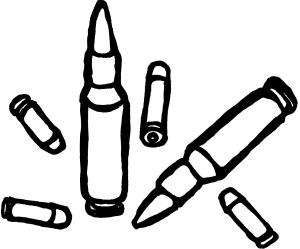 It’s tempting to root for the mid-90s Dolph Lundgren action cheapie Silent Trigger as a lost gem. Directed by Australian genre nerd Russell Mulcahy (the mastermind behind the absurd action-fantasy series Highlander), Silent Trigger is at the very least crafted with a distinct sensibility. Couched in an introspective flashback structure and frequently interrupted by time-elapsed nature footage set to Enya-style New Age 90s jams, it’s something of a novelty within its action cinema context, which tends to favor explosions & guitar riffs over those softer touches. It also initially pairs its muscly macho star, Lundgren, with a female partner equal to his skill level (Gina Bellman) instead of relegating women to mere damsel-in-distress roles, which is even more of a novelty in its specific era of action cinema. Unfortunately, I can’t heap too much praise on Silent Trigger for those deviations from the 90s action movie template, however, since it eventually shits the bed in its male-female duo dynamic by relying on the laziest, least appealing go-to for easy genre film tension around: the threat of rape.

On its face, this is one of the many, many Die Hard knockoffs that cropped up throughout the 90s. It’s initially difficult to recognize it as such, though, since the film’s structure is so unusual for the genre. Lundgren & Bellman co-star as a pair of trained mercenary assassins who are tasked to set up for a long-distance kill at the top of an unfinished skyscraper. There’s more time piddled away on waiting for the kill than there is on the fight to reach that pinnacle, emphasizing the quiet hangout energy of a traditional stakeout. In this pre-assassination wait time, the killer pair reflect back on a botched mission where they previously met years earlier, suggesting a conspiracy among their employers in hiring them for the skyscraper job. The introspective quiet of piecing this puzzle together in flashbacks is unusual for the action genre, especially since it’s accentuated with the surreal time-elapse Nature imagery Mulcahy also experimented with in the first two Highlander movies. Almost as if afraid that indulgence would test the audience’s patience, however, the film stirs up an in-the-moment threat to buy time until the conspiracy plot reaches its boiling point. That’s not a fatal mistake in itself, but the particular villain it opts for is a violent rapist creep, a choice that entirely sours the mood of a film otherwise notable for its quiet sensitivity.

The rapist in question is a slimy security guard who’s tasked with monitoring the tower while it’s under construction. As soon as he spots the female assassin in his building, he immediate starts salivating at the prospect of assaulting her. Once she lies about being a computer programmer contracted for building maintenance and pulls a gun on him to neutralize his threat, he only doubles down on his singular, repugnant mission. That escalation of the guard’s rapist fervor could be read as thematic commentary on the dangerous fragility of the male ego, since he absolutely cannot handle being bested by a woman. It’s not nearly thoughtful enough to justify the endless, unrelenting presence of this vile character, however, whose threats to “fuck” our female lead “to death” makes Silent Trigger a thoroughly miserable watch, especially since he has no direct influence on the film’s overall plot. Besides providing an in-the-moment conflict while the actual plot quietly hums in the background, all he accomplishes is reducing the female star of the film to a whimpering damsel to be rescued by Lundgren. In other words, he actively ruins one of the few aspects of Silent Trigger that makes it special within its genre. The film has no time to recover from that fall from grace because he will not go away, no matter how loudly you shout “Fuck you!” at the screen.

With the security guard rapist plot removed, Silent Trigger might satisfy as a decent-enough action cinema oddity. As quietly introspective as the film can feel, it’s often punctuated by bizarre genre spectacle touches like a slow-motion helicopter crash that Lundgren simply leaps out of the way of, an order to assassinate a politician while she’s holding a baby, and a hallucinatory attack of CGI spiders that appear virtually out of nowhere. The dialogue dabbles in almost enough action genre mumbo jumbo like “Target approaching kill zone,” & “The war ended, but the hunt didn’t” to convince you that this is a totally normal, run-of-the-mill 90s action cheapie. Still, Mulcahy’s New Age nature footage and quiet stakeout introspection clearly distinguish it as more of an outlier than a business-as-usual rubber stamp. It’s a total shame, then, that so much energy & screentime is squandered on a mood-ruining sexual assault subplot that suggests a total lack of imagination & self-awareness. It’s a frustrating, prolonged act of self-sabotage that tanks the entire enterprise.