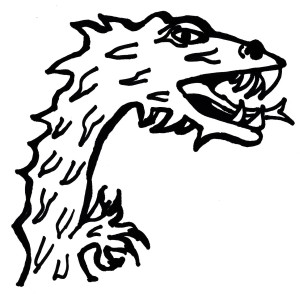 Not every Studio Ghibli release is going to be an automatic home run & there’s no better reminder of the animation giant’s capability for mediocrity than its mid-00s adaptation of Ursula K. Le Guin’s Tales from Earthsea. Everything about this animated fantasy epic is competent, but difficult to rouse excitement over. Tales from Earthsea plays like a midway point between Miyazaki & Game of Thrones without ever reaching the heights of majesty or brutality from either end of that formula. Here you get the dragons & cursed swords of the best of the fantasy genre mixed with the magical bloodbaths of Princess Mononoke, but without the entertainment value powder keg that combination implies. Even the film’s director is not Hayao Miyazaki himself, but rather his son Gorō Miyazaki making his very unassuming debut. The result is pleasant, but ultimate forgettable & vaguely defined. You’d have to be really into dragons for this film to truly register.

The film opens with a noble king being murdered in his own castle by his own loving son. Confused & ashamed of his own actions, our reluctant assassin bolts into the wild, a desertscape with sprawling seaside villages that’s vaguely reminiscent of North Africa. There he befriends a cloaked wizard named Sparrowhawk and a mysterious abuse survivor around his own age, all while drawing the attentions of a second, much creepier wizard with an evil, soft-spoken voice & a wicked cruelty streak. Besides the heightened sense of violence & brutality promised early in an opening fight between dragons and carried throughout in details like forced slavery, threats of sexual violence, and a fantasy world stand-in for heroin addiction. Tales form Earthsea also recalls the adult parable leanings of Princess Mononoke in details like an organized wolf attack & the assassin child’s cursed sword, the source of his occasional urge to kill. Unlike with Mononoke, though, no themes are explored to any particularly enlightening end and the film’s big ideas about the balance between lightness & darkness, life & death mostly boil down to a battle between two rival wizards and their stuck-in-the-middle hostages.

From what I understand there were many changes made in adapting & condensing Le Guin’s work for the screen here that left many fans of the book frustrated, including Le Guin herself. Not familiar with this particular work from the author, though, I can only see that there were obvious elements at play that likely made the material look worthwhile for an adaptation (the eerie dream logic of tar-filled nightmares & the idea of a weapon possessing an otherwise kind soul were especially exciting), but they aren’t given a lot of room to develop or evolve here. Like with a lot of Le Guin’s work, which is typically expansive yet intricately detailed, this material likely would’ve been served better as a miniseries instead of a two hour film. Its problems extend beyond its supposed shortcomings as an adaptation, however. You can see it in the blades of grass. You can hear it in the emotionless songs. You can feel it in the CG aided camera movement. Tales from Earthsea is pleasant to look at, but thoroughly indistinct.