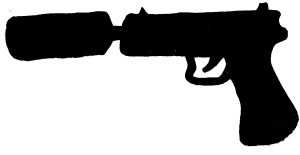 I’m not sure exactly why Guy Ritchie’s latest foray into highly stylized action cinema, a big screen adaptation of the 1960s television show The Man from U.N.C.L.E., has more or less flopped at the box office. Personally, I might at least be able to attribute my own reluctance to catch up with the picture to a little bit of superspy fatigue. So far this year the cinemas have been bombarded from the superspy likes of Kingsman: Secret Service, Mission: Impossible – Rogue Nation, American Ultra, and a spoof of the genre simply called Spy. That’s not even taking into account the upcoming Stephen Spieldberg/Tom Hanks collab Bridge of Spies & the latest James Bond feature Spectre. If 2014 was the Year of the Doppelgänger, 2015 is certainly the Year of the Spy & The Man from U.N.C.L.E.‘s returns may have suffered somewhat from a crowded market. It’s by no means been a devastating financial blow like Ritchie’s disastrous Madonna vehicle Swept Away, but it has struggled to earn back its $75 million budget, earning less than half of that sum in its U.S. theater run. What’s even more difficult to account for, however, is it the film’s middling reviews. I’m no Guy Ritchie fanboy, having seen less than half of the films that he’s released, but U.N.C.L.E. was easily the most fun I’ve ever had with the director’s sleek action movie aesthetic, however delayed my trip to the theater may have been.

Opening with a traditional James Bond credits sequence populated with sultry soul music, harsh red hues, and Cold War/Atomic Age stock footage, The Man from U.N.C.L.E. maintains a distinct sense of 60s-tinged, smart mouthed swank throughout its entire runtime. Sometimes its modernizing of the 60s superspy genre feels true to its sources. CGI-aided car chases work similarly to the manually sped-up action scenes of yesteryear. The classy noir lighting of 60s fare is brought into the 2010s with rainbow-colored lens flairs. Throwaway lines about “Hitler’s favorite rocket scientist”, enriched uranium, and smuggled Nazi gold all feel native to the era it’s evoking. At other times this modernization can work a little too much like borrowed Tarantino cool, especially in small details like the yellow grindhouse subtitles and the pop music & whistling on the film’s soundtrack, but even Tarantino borrowed those elements from older sources, so the similarities are more than forgiveable. What most distinguishes The Man from U.N.C.L.E. from, say, an Inglourious Basterds, is its calmly restrained chase of a smarmy, handsome aesthetic instead of Tarantino’s cartoonishly over-the-top tendency towards excess (which, of course, has its own distinct set of charms).

Speaking of calm restraint, just as The Man from U.N.C.L.E. remains poised & smugly handsome throughout its runtime, its American spy lead Solo (expertly played by Henry “Man of Steel” Cavill) prides himself on never losing his cool. As the CIA operative/international playboy Solo butts heads with quick-tempered KGB agent Illya (Armie “Winklevoss Twins” Hammer) & sexy German mechanic Gaby (Alicia “Ex Machina” Vikander) on a multinational mission to prevent a Nuclear Holocaust, he tries his damnedest to remain as coolly suave as if he were simply enjoying cocktail hour. A lot of humor is derived from watching Solo & Illya try to out-macho each other in activities as disparate as fistfights in restrooms to arguing over women’s fashion. Most of the film’s comedy, however, is dependent upon the sexual tension between all three leads & their escaped Nazi enemies (including a young married couple who look like an evil combination of Jason Schwartzman & Freddie Mercury and a character Tilda Swinton could play in her sleep). There’s an onslaught of innuendo in the film’s script, like when the art thief Solo offers to “fill the gaps” in a woman’s collection or to “take bottom” when divvying up which locks he & Illya will pick. By the time characters are nonchalantly delivering lines like “Want to have a go?” & “I wish I could stay to finish you off myself” the film’s earned enough goodwill to evoke full belly laughs instead of the light chuckles the first couple sexual quips elicit. Armie Hammer also gets great comedic mileage from the KGB hothead Illya, especially in the way he sweetly refers to mechanic Gaby as his “little chop shop girl” & the comically American Solo as “cowboy.”

No matter what the reasons for The Man from U.N.C.L.E.‘s muted reception, I do feel the film has been a little shortchanged & I regret waiting so long to catch it in the theater. It has a distinct sense of smart, sexy glamour to it that suggests an alternate universe where Mad Men was an action-packed world of superspies instead of a slowburn of an existential crisis. The film’s sexual quips, use of wrestling as foreplay, gender reversal of the damsel in distress trope, and genre-faithful plot riddled with doublecrossings & double-doublecrossings all make for a fun, sleek picture that I’m sure will have a second life on Netflix & the like even if it’s not currently doing so hot in the theater. On top of these surface pleasures, Guy Ritchie makes some satisfyingly unique visual choices such as mounting cameras to the bows of boats, the fronts of safes, and car door mirrors for a effect that feels highly stylized, but genuinely earned. He’s also confident enough in his screenplay to imply offscreen action instead of showing every little explosive detail & to allow certain scenes to breathe for maximum effect, such as a particularly sublime moment when Solo is enjoying a picnic as his partner fends for his life in the background. As far as 60s throwback action & Nazi-killing revenge fantasies go, The Man from U.N.C.L.E. is about as handsome & as confident as they come. If you’re like me & have been putting it off due to superspy fatigue, I’d suggest giving it a shot somewhere down the road. It has enough universal appeal that you’re likely to enjoy yourself.