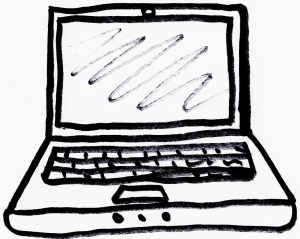 Earlier this year, when I was complaining about the Academy Awards’ most recent Best Picture winner (Birdman), as people often do, I said “Pitch black misanthropy has worked for comedies like Happiness & Who’s Afraid of Virginia Woolf? in the past, but those movies are also, you know, funny. When a film hates all of humanity and only roughly 20% of its jokes land, it’s a remarkably dire experience. Just ask That’s My Boy or Nothing but Trouble. […] If you’re going to believe yourself to be above everyone & everything, you probably should at least succeed in the most basic requirements of your genre.” I still believe that to be true, but my resolve on the subject was somewhat tested by cult comedian David Cross’ directorial debut Hits. Hits was just as misanthropic as Birdman, lashing out at so many different kinds of people that there was seemingly no one left that it didn’t hate, but it was at least occasionally funny, something I didn’t find while watching Birdman. I’m not sure how to consolidate those two reactions & the resulting experience was more discomfort than anything.

“Based on a true story that hasn’t happened yet,” Hits employs a hugely talented cast (including Matt Walsh, David Koechner, Amy Sedaris, and Michael Cera) to attack basically everyone living in America. From right wing, small town yokels who drive big trucks & dream of being interviewed by Ellen Degeneris to mushy, liberal big city “citiots” who sell “feminist theory onesies” & artisanal cardboard, Hits hates everyone. It’s a scathing view of modern American culture where small town men are macho Tea Party dolts, big city liberals are effeminate hipsters, and women are obsessed with conceiving children or selling a sex tape as a means to become famous. Everything is scathing in Hits, but the film can be occasionally funny in its way. How can it not be? There’s too much comedic talent involved for all of the jokes to fall flat. It’s just hard to shake the feeling that the whole thing is hopelessly mean. For example, when a talentless white rapper is embarrassed by his peers (and then the world at large) on YouTube, the movie asks you to laugh. Instead, I felt bad for a teenager being bullied online. Maybe I’ve taken the anti-online bullying sentiment of The DUFF & Unfriended a little too close to heart. Or maybe I’m just not the bitter, hateful person Hits wants me to be.

I think the main problem with Hits’ hateful humor is that no one in the film ever seems even remotely like a real person. The idea of parodying modern Americans’ thirst for Internet fame could play well for black comedy, but when everything feels as fake and two dimensional as it does here, the idea just comes off as cheaply mean. What David Cross loses sight of in Hits is that every personality type depicted in the film, from bleeding heart liberals to secretly racist small town yokels, are actually real people. There’s no humanity in this hateful worldview . . . just hate. Sometimes its hate can be amusing, but without any sign that there’s anything worth being positive about in the world, and with the idea that everything is hopeless & cheap, Hits fails to mean much of anything. Instead, “like a wounded animal, it lashes out at every target within reach.” Even though it’s a lot less expensive & visually ambitious, Hits has what I’ll probably refer to as Birdman Syndrome from now on. The two films have very little in common structurally, but it’s easy to imagine them bitterly complaining to one another in a late night barroom about how the world has gone to shit. Hits just has the slight advantage of being the funnier of the vitriolic pair.