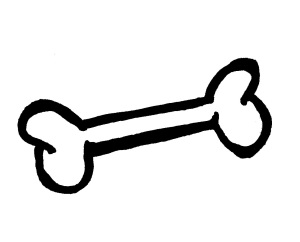 Director Wes Anderson has such a meticulously curated aesthetic that his work is almost polarizing by design. As his career has developed over the decades, long outlasting the wave of “twee” media it partly inspired, he’s only more fully committed himself to the fussed-over dollhouse preciousness of his manicured visual style. That can be a huge turnoff for audiences who prefer a messier, grimier view of the world that accepts chaos & spontaneity as an essential part of filmmaking. Personally, I can’t help but be enraptured with Anderson’s films, as if my adoration of his work were a biological impulse. Like the way house cats host parasites that fool pet owners into caring for them, it’s as if Wes Anderson has nefariously wired my brain to be wholly onboard with his artistic output. It’s a gradual poisoning of my critical thinking skills that stretches back to my high school years, when his films Rushmore & The Royal Tenenbaums first established him as a (divisive) indie cinema icon. Anderson’s latest work, Isle of Dogs, only makes his supervillain-level command over my critical mind even more powerful by directly pandering directly to things I personally love. A stop-motion animated sci-fi feature about doggos who run wild on a dystopian pile of literal garbage, the basic elevator pitch for Isle of Dogs already sounds like a Mad Libs-style grab bag of the exact bullshit I love to see projected on the big screen, even without Wes Anderson’s name attached. As he already demonstrated with Fantastic Mr. Fox, the director’s twee-flavored meticulousness also has a wider appeal when seen in the context of stop-motion, which generally requires a level of whimsy, melancholy, and visual fussiness to be pulled off well. That’s why it’s so frustrating that Isle of Dogs is so flawed on such a fundamental, conceptual level and that I can’t help but thoroughly enjoy it anyway, despite my better judgment.

Set decades into the future in a dystopian Japan, Isle of Dogs details the samurai epic-style adventure of a young boy attempting to rescue his dog from an evil, corrupt government (helmed by his own uncle). All dogs in his region have been exiled to the pollution-saturated hell of Trash Island (which is exactly what it sounds like) amidst mass hysteria over a canine-specific virus, “snout fever.” The story is split between two efforts: a search & rescue mission involving the boy & a gang of talking Trash Island dogs (voiced by Bryan Cranston, Jeff Goldblum, Bill Murray, Ed Norton, Bob Balaban, Tilda Swinton, etc.) and a much less compelling political intrigue narrative in which an American foreign exchange student (voiced by Greta Gerwig) attempts to expose the government’s villainous deeds. As an American outsider himself, Wes Anderson is at times contextually positioned in the POV of both the Trash Island Dogs and the foreign exchange student, the only consequential English-speaking characters in the film (a large portion of the dialogue is unsubtitled Japanese). In his worst impulses, Anderson is like Gerwig’s foreign exchange student– an enthusiastic appreciator of Japanese culture who awkwardly inserts themselves into conversations where they don’t belong, wrongfully feeling entitled to authority on a subject that is not theirs to claim. From a more generous perspective, Anderson is like one of the American-coded trash dogs– compelled to honor & bolster Japanese art from a place of humbled servitude, even though he doesn’t quite speak the language (either culturally or literally). By choosing to set an English language story in a fictional Japanese future, Wes Anderson has invited intense scrutiny that often overpowers Isle of Dogs’s ambitious sci-fi themes, talking-dog adorability, and visually stunning artwork. This is especially true in Gerwig’s (admittedly minor) portion of the plot, which sticks out like a sore thumb as one of the film’s more conceptually flawed impulses. For a work so visually masterful & emotionally deft, it’s frustrating that it seemingly wasn’t at all self-aware of its own cultural politics.

There are much better-equipped critics who’ve more thoughtfully & extensively tackled the nuanced ways Isle of Dogs has failed to fully justify its Japanese culture-gazing: Inkoo Kang, Justin Chang, Emily Yoshida, Alison Willmore, to name a few. As a white American, it’s not my place to declare whether this gray area issue makes the film worthy of vitriol or just cautions consideration. I could maybe push back slightly on the cultural appropriation claims that say there’s no reason the story had to be framed in Japan and that Anderson only chose that setting for its visual aesthetic. Like Kubo & The Two Strings’s philosophical relationship with the finality of death (or lack thereof), Isle of Dogs engages with themes of honor and ancestry that feel very specific to its Japanese setting (even if not at a fully satisfying depth). Truth be told, though, I likely would have enjoyed the film even without that thematic justification. Unless Isle of Dogs is your very first exposure to the director’s work, you’ve likely already formed a relationship with Wes Anderson as an artist, whether positive or negative. It’s a relationship that can only be reinforced as the director doubles down with each project, sinking even deeper into his own particular quirks. I assumed with Moonrise Kingdom that no film could have possibly gotten more Wes Andersony. Its follow-up, Grand Budapest Hotel, immediately proved that assumption wrong. While Isle of Dogs stacks up nicely to either of those films in terms of visual achievements, its own doubling-down on the Wes Anderson aesthetic is tied to the director’s long history of blissful ignorance in approaching POC cultures (most notably before in The Darjeeling Limited). It does so by submerging itself in a foreign culture entirely without fully engaging with the implications of that choice. As a longtime Anderson devotee in the face of this doubling-down, I’m going to have to reconcile my love of his films with the fact that this exact limitation has always been a part of them, that I’ve willfully overlooked it in my appreciation of what he achieves visually, emotionally, and comedically elsewhere. Isle of Dogs is a gorgeous work of visual art and a very distinct approach to dystopian sci-fi. It’s a great film, but also a culturally oblivious one. The conversation around that internal conflict is just as vital as any praise for its technical achievements.