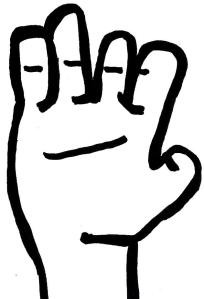 Imagine a world without Scientology, a world without Katie Holmes, a world without Oprah’s couch. In this alternate universe Tom Cruise’s decade-old public meltdown never happened. Cruise is still top gun in all of our hearts. Every film he stars in is a major success. Beautiful women throw themselves at his feet. He merely needs to show up & wink at the camera to win us all over and collect his giant paycheck.

This isn’t a world we get to live in all the time, but we are allowed to visit. For instance, last year’s surprisingly entertaining Edge of Tomorrow saw Tom Cruise in full movie star mode, smooching ladies & killing space aliens in a violent version of Groundhog Day. Even Edge of Tomorrow is a little too eccentric to recall vintage Tom Cruise, though. If you’re looking for purely smug, top-of-the-world, Days of Thunder Cruise you have to go back to 2012’s Jack Reacher.

Jack Reacher is a straight-forward Tom Cruise vehicle. It’s not stylish. It’s not cool. It doesn’t pretend to be anything more than it is: a loud & dumb action movie. Think less The Guest and more Face/Off or Road House. Cruise, who of course plays the titular Jack Reacher, is so deliciously full of his smugly sexy self here. He drives maniacally, flirts with co-star Rosamund Pike like she owes him something, has the problem solving skills & inherent knowledge of an omnipotent god, and delivers smartass one-liners before every inevitable kill (those one-liners take a nastily sexist left turn in a particularly anachronistic bar fight scene). If you have any affection or nostalgia for Cruise before Oprah’s couch outed him as a total weirdo, Jack Reacher is a sight for sore eyes.

Bonus Points: All of this Tom Cruise talk is truly burying the lede. The real Jack Reacher story is that auteur director Werner Herzog plays the movie’s villain. Herzog’s role is minimized in the film the same way it’s minimized in this review. He doesn’t appear onscreen until nearly an hour in and delivers maybe one or two speeches, but the potency even a couple lines from Evil Herzog is something to be cherished. If you have no affection for vintage Cruise (or loud, dumb action movies in general) you owe it to yourself to at least watch Evil Werner Herzog perform here in the film’s best two minutes.