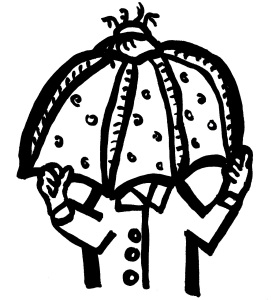 One of my favorite recurring themes in Roger Corman’s career as a producer is his self-cannibalization. Never one to waste a dime, Corman would often pilfer his own back-catalog of hundreds of B-pictures to help the next cheap-o production across the finish line. Sets, footage, dialogue, premises, talent: nothing was sacred from Corman’s shrewdly frugal tactics of recycling his own work. If shooting wrapped early on a production in an interesting enough locale, an entire new film would be staged there over the course of a weekend. If a major Hollywood studio took direct influence from his work (Jaws, Jurassic Park, Gremlins), he would shrug it off by making his own mockbuster version of that big budget knockoff (Piranha, Carnosaur, Munchies). Of course, Corman also liked to borrow Hollywood’s own favorite form of self-cannibalization as well: the needless remake. There have been multiple television series over the years specifically created so that Roger Corman The Producer could pilfer Roger Corman The Director’s back-catalog for remake fodder, squeezing new money & new audiences out of old work. Usually, these remakes would be of minor throwaway titles that never made a splash to begin with, such as the 1990s Rebel Highway TV series that reimagined his 1950s road-to-ruin teen pictures with an updated soap opera sheen. Corman has been much more careful with his unimpeachable classics – especially in his reluctance to remake titles from his much-beloved Poe Cycle in fear of zapping them of their Vincent Price magic. That reluctance makes me wonder if Corman really knew how special his 1957 space-invasion cheapie Not of This Earth truly was, as it’s been inferiorly remade twice under the Corman production umbrella despite quietly premiering one of his best directorial works.

The original Not of This Earth falls squarely in the microbudget end of Corman’s career, one of the earliest sci-fi pictures in his gloriously imperfect oeuvre. At only 67 minutes in length, the film was sold as the bottom half of a 1957 double bill with Corman’s Attack of the Crab Monsters, which has a far more enduring legacy thanks to its memorable creature design. The central villain of Not of This Earth has a killer hook as a bloodthirsty vampire from outer space, but everything about his design is squarely milquetoast – intentionally so. Dressed like a G-Man (or a Blues Brother) in a fedora & sunglasses business-suit combo, the space-vampire of Not of This Earth speaks in emotionless monotone. Robbing the traditional vampire myth of its sexuality, he drains his victims of their blood via a briefcase device instead of sucking their necks. The flashiest onscreen threat arrives in a brief sequence where the space-vamp deploys a flying umbrella-shaped alien face-sucker to dispose of a victim, the only bizarre-o creature effect on display. Everything else onscreen is a lowkey creepout that borders on ineffective kitsch: whiteout eye contacts, voiceover hypnotism, and a menacing briefcase lined with blood. What’s most impressive about Not of This Earth is how entertaining it still manages to be as a B-picture without relying on a rubber monster costume or prurient sexuality (not that those can’t be fun for their own sake). Corman’s better respected as a producer than a director in most circles, but it really is remarkable how much he was able to squeeze out of this limited budget & shooting schedule. Not of This Earth is little more than a thinly veiled Communist Invasion allegory (the space-vampire’s G-Man appearance & description as “some kind of foreigner” make that metaphor as blatant as possible) made to feel larger in scale thanks to sci-fi babble about alien planets & evaporated blood, yet it’s a solid B-picture through & through. If its not one of Corman’s best directorial efforts, it’s at least an early telegraph of the excellent work that was to come (especially X: The Man with the X-Ray Eyes).

It’s understandable, then, why fellow schlockteur Jim Wynorski might be tempted to repeat that early-career success while working under Corman’s tutelage in the 1980s. Wynorski himself is known for directing over a hundred films as cheaply & quickly as humanly possible, so it’s no surprise that he got his start under the Corman brand. Wynorski happened to watch a print of Not of This Earth while working for Corman, which delighted him enough to inspire a bet among friends: that he cold remake the same film on the same schedule & budget – two weeks and $100,000. He satisfied that bet admirably in that he did direct a Not of This Earth remake under the original’s same constraints, but by doing so he delivered a far inferior product. Wynorski was exactly the wrong man for the job. Something of a softcore pornographer, he robs Not of This Earth of its barebones, asexual alien invasion thrills by recreating the earlier film’s exact plot & dialogue but padding out its runtime with basic cable boobies-ogling. The 1988 Not of This Earth is the exact same film as the 1950s version except in color, bloated with unsexy softcore titilation, and sorely missing the flying umbrella monster. Whereas Corman’s film proudly worked within its means to entertain on a B-picture budget, Wynorski’s remake continually apologizes for its own blatant cheapness. Not only does it needlessly pad its runtime with Skinemax-level strip-teases, it also self-cannibalizes Corman’s back-catalog in the most egregious manner possible: showing a highlight reel of better-funded movies with amazing creature effects in its opening credits so that the audience is duped into expecting a much more substantial picture than what ultimately arrives. I’ve seen that kind of false advertising on posters & VHS covers before but doing it in the actual movie itself feels like some next-level hucksterism. The only truly brilliant decision Wynorski made was hiring Traci Lords for her first mainstream role after leaving porn to study method acting at The Lee Strasberg Institute. Unfortunately, Lords provides the film’s only entertaining performance and, since her presence made for good press, boosted the remake’s notoriety above the superior original’s – which is a total shame.

Shockingly, the made-for-Showtime remake of Not of This Earth wasn’t half-bad, at least by comparison. This time the decision to remake the film came from Corman himself. Desperate for titles to fill out the slate for the Showtime series Roger Corman Presents (a horror anthology comprised of standalone features), Corman decided to throw in a few remakes of his lesser-known works, careful not to tarnish the classics. Roger Corman Presents started filming in January of 1992 and wrapped production of 13 feature films by June of that same year, so there wasn’t much room for mind-blowing quality or ingenuity on the slate. Still, the series’ Not of This Earth remake at least indicates that it’s one of the better examples of its ilk – surpassing similar series like Rebel Highway, Masters of Horror, Fear Itself, etc. Director Terence H. Winkless (best known for the gross-out creature feature The Nest and the original Americanized run of The Mighty Morphin’ Power Rangers) takes a much more interesting approach in his remake than Wynorski – keeping the dialogue overlap much looser in its exactness and padding out the runtime with practical monster effects instead of basic cable stripteases. I don’t know that 1992’s Not of This Earth is a great movie, at least not when compared to the original, but it at least leans into its strengths as an alien invasion cheapie. Winkless’s interpretation of the film is less akin to classic Corman than it is a dime store knockoff of Cronenberg or an even cheaper version of Brian Yuzna’s aesthetic. Pulsating alien brains throb & light up in coital moans; sensual tentacles creep through the walls to suck on victims’ necks; the lead space-vamp writhes orgasmically while masturbating his own intestinal protrusions. It’s a gross-out horror cheapie in just the right way. It may mistakenly believe that the only reason the Corman original didn’t rely on over-the-top creature designs & nightmarish sexuality was budgetary, but at least its hideous monsters and even more hideous sex are more compelling than Wynorski’s eyeroll-worthy attempts at nudie-cutie titillation. Neither remake was necessary or revelatory, but this one delivers the genre goods.

I hope I’m not coming off as a prude here in my suggestion that the Not of This Earth remakes ruined the original’s entertainment value by flooding it with sex & gore. I wouldn’t watch dirt-cheap genre films like this in the first place if I were averse to sex & gore. I just find it illustrative of Corman’s creative talents when working under the mania of a tight schedule & budget that he can deliver something so memorable without relying on that prurience & bloodlust for cheap thrills. Both of the Not of This Earth remakes feel compelled to include throwaway touchstones from the original that have nothing to do with the plot: a side-character alien vampire becoming infected with rabies, a door-to-door vacuum salesman victim (who was so obviously written for Dick Miller that anyone else in the role can’t help but disappoint), a rambling monologue within which the space-vamp pontificates the cure for cancer as a casual musing, etc. Those throwaway gags would not have been echoed in both remakes if Corman weren’t onto something and I felt like we too often undervalue that creative voice while praising him for funding & supporting “better” directors. The original Not of This Earth is an excellent example of Corman at his most efficient & compelling in the 1950 drive-in era, but it isn’t until you see how much less satisfying that film’s modern-update remakes became that you truly understand how special he is. Few schlockteurs on his budget level could make such an entertaining horror cheapie out of a mysterious G-man carrying a briefcase around an unsuspecting town; the two directors who followed in those exact footsteps in these remakes didn’t even try – instead relying on monster effects & naked breasts for cheap-thrills convenience. 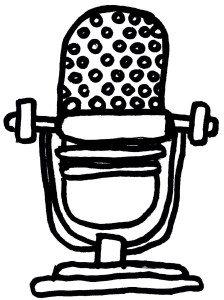 Welcome to Episode #80 of The Swampflix Podcast. For our eightieth episode, Brandon & Britnee review the holy trinity of Matt Farley’s backyard movies under the Motern Media brand: Local Legends (2013), Don’t Let the Riverbeast Get You! (2012), and Monsters, Marriage, and Murder in Manchvegas (2009).  Also, Britnee makes Brandon watch Traci Lords’s mainstream debut, the 1988 Jim Wynorski remake of Roger Corman’s Not of this Earth. Enjoy!