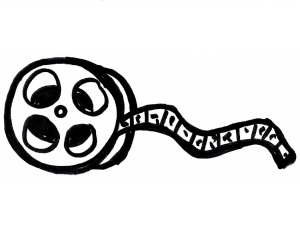 I am terrible at watching movies this time of year, like bad at the actual act of doing it. Most of the Awards Season titles that light up pro critics’ lists don’t do much for me personally, and I’ll play catch-up with movies I’ve been dying to watch for months and genuinely think things like “This is really good but is it Best of the Year good?” Shameful. In the few instances where a surprise gem stands out as something special (Luz being my most recent example), I then fret over how to make room for it on my already overstuffed list of favorites from the year. I’m extremely grateful to have finally pushed through to the lawless chaos of January Dumping Season. Now we can all binge on gimmicky genre trash no one really gives a shit about; this is when I shine brightest.

Instead of entirely discarding the few last-minute splurges of 2019 catch-ups that I enjoyed but failed to be wowed by, I figured I’d collect them here in a short list of quick takes. Because I was aiming to cram in as many titles as possible, I knocked out the five shortest movies on my watchlist. They were all good-to-okay, and probably (definitely) all could have benefited from being viewed outside this unholy end-of-the-year cram session season. Here they are listed by shortest-to-longest runtime (with corresponding star ratings) in case you too want to rush through a few more interesting titles before we wrap up the list-making process and leave 2019 behind us forever, forgotten and discarded.

A satirical series of stop-motion vignettes that mock the imperialist brutes of Belgian-occupied Congo as absurd grotesqueries. The soft felt & yarn materials used to construct the stop-motion puppets and the Looney Tunes-style modes of death—including discarded banana peels & falling pianos—clash horrifically with the real-life horrors of colonialism & racial subjugation. The film mostly interprets its setting through the nightmares of the oppressors, but it’s oddly reserved for something so steeped in surrealism & historical cruelty.

I never quite fell in love with it, but its combination of ambling dream logic & ice-cold Roy Anderssonian slapstick humor at least felt freshly upsetting in an interesting way.

A dramatically realistic crossroads between Unfriended & HBO’s Euphoria, in which a high school athlete & honor student discovers a disturbing cellphone video of herself from a night she doesn’t remember. Our troubled teen protagonist wants to put the (almost certain) possibility that she was assaulted while blackout drunk at a party behind her, but the nature of social media & modern tech means her experience with the trauma cannot be handled privately. While the teen boys who filmed her (and likely physically assaulted her) mostly avoid legal & social repercussions due to a lack of physical evidence, their victim is the only one who’s effectively punished. Isolated, forced to dwell on the details of the event for months on end, and missing out on the best stretch of high school play, she sinks further into a private, internal misery while the outside world moves on, unchanged.

While the examination of rape & victim-blaming in the digital age is obviously a tough topic, the film nimbly deals with the aftermath & trauma of the scenario without succumbing to the potential for exploitation or alarmism. Its sickly digi-cam footage & fluorescent lighting were also very much on-brand with the Evil Internet media I’m always a sucker for. I’m ashamed to admit it, but with a supernatural horror element & a creepy synth score, this likely would have been one of my favorite movies of the year. Instead, it’ll have to settle for just being really good.

A SyFy Channel Original that’s somehow a genuine delight? The Banana Splits Movie imagines a world where its eponymous Hanna-Barbera children’s show (which was a real-life TV program in the late 1960s) starred killer animatronic robots instead of failed actors in mascot costumes. At a live taping of the decades-running pop culture relic (which only lasted three years in real life), a Chuck E. Cheese-style cast of rock n’ roll robots go haywire and murder select, obnoxious members of their audience, contrasting a cutesy Saturday Morning TV setting with amusing fits of horrific gore.

I had a lot of fun with this, or at least more fun than I expected to. The dramatic writing is about on par with what you’d expect from a SyFy production, but the practical gore gags are a nasty delight once it gets cooking. It’s goofy & violent enough to be worthwhile despite how thin the character work is, which is more than you can say for most of the originals that network broadcasts.

The writer & star of 2015’s Buzzard (Joel Potrykus & Joshua Burge) team back up for yet another exercise in grotesque slackerdom. This time they deliver a magical-realism period piece set during the final weeks before the Y2K Apocalypse. Two shithead brothers locked in a one-upmanship game of escalating, pointless dares they call “Challenges” seemingly bring on the Apocalypse by attempting to beat an unconquerable level of Pac-Man in a single sitting. Unable to leave the couch until the Challenge is complete, Burge’s antihero slacker rots in his own putrid filth for months on end while the world crumbles around him and the Pac-Man lights & noises help pass the time. Also, the trusty pair of 3D glasses he uses as a security blanket when upset may or may not give him superpowers.

I appreciated this slightly more than Buzzard, but I’m still not totally sold on this duo’s variation on artful slackerdom. I got a few queasy laughs out of it, though, and the supernatural angle was a plus. Mostly, I just walked away from it disgusted with the human body and fearful that if I ever lived alone, I’d quickly devolve into this exact couchbound purgatory of filth.

This movie has an incredible ripped-from-the-headlines premise. Left alone with a mother who commits suicide, a two-year-old toddler fends for herself for several days, unsupervised. Like a horror movie variation on Kore-Eda’s Nobody Knows, this Indian melodrama follows the toddler around her (upscale, but messy) apartment for days as she attempts to accomplish simple tasks like feeding & entertaining herself without suffering a gauntlet of potentially lethal obstacles: pills, fire, heights, sharp objects, live electricity, hot irons etc.

It’s an anxiety-inducing nightmare of a premise (one we’re told is “based on a true story”), but it’s also one that undercuts its own in-the-moment effect in a few disappointing ways. There’s a cheesy After School Special quality to the way its themes of suicide & domestic abuse are dramatized, not least of all because the actor who plays the toddler’s father (mostly as a disembodied voice) is excruciatingly awkward & insincere. Worse, the movie opts for a soothing, gentle sitar score to contrast the in-the-moment danger of its pint-sized protagonist, when it really needed a Mica Levi-style nightmare of creepy ambiance. Still, if you’re looking for a novelty horror version of Baby’s Day Out, its central hook is strong enough to carry it through its minor distractions & shortcomings, even if just barely.