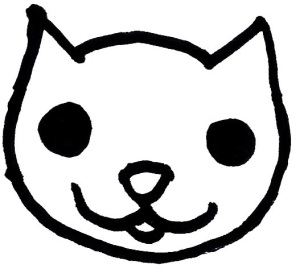 In a lot of ways, cats are admirable role models. They roam the streets and live out their own ways of life no matter who’s judging. They go after what they want in the world and snatch it. They take naps whenever and often wherever they want to. Kedi is a celebration of cats—of their independence and embodiment of freedom. It follows seven cats as they roam through the streets of Istanbul just doing what cats do best: genuinely being themselves. Some of them are bullies. One of them is a total moocher. A couple are new mothers. All of them add meaning to and enhance the lives of the humans around them.

Kedi is also about cat people. All the interview subjects have unique relationships with the street cats around them. Some feed them, some go as far as to fund vet care, but they all have a connection with these strange little animals they love. In a lot of ways, Kedi restores my faith in humanity. All the people they talk to about these cats have a selfless understanding with them. They talk about them like old friends. When faced with the expansion and changing landscape of Istanbul, the people feel more concerned for their feline friends than for themselves.

It’s a super beautiful and vibrant movie. Istanbul is lovely as seen from a cat’s eye view. The camera follows them low to the ground as they prowl the streets looking for scraps and hiding spots. The camera also goes up to the rooftops to see the cats who have reached impossibly high perches. I’m not quite sure how they managed to really take on a cat like presence, but it is such an intimate portrait of such a foreign little world. I was amazed that they were able to follow a few of the same cats back and forth between their destinations. That also means, though, that the documentary has a cat-like sense of focus, meaning that it has a tendency to be a little meandering, shifting from subject to subject without many segues.

Kedi is a beautiful glimpse into feline world. It really puts you in the paws of these strange little creatures. You get to see the inner workings, their quirks, their street feuds, their hiding spots, the routines they stick to, and the kind-hearted people they choose. The world needed a documentary about cats. Kedi was a long time coming.