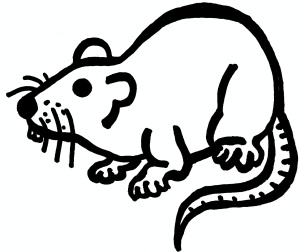 Bong Joon-ho’s Parasite has had such an interesting journey from its initial release in October of last year. After winning the Academy Award for Best Picture, the film made its way back into theaters and is still riding on the wave of success. I loved this movie so much that it landed in the number four spot of my Top 15 Films of 2019 list. I find Bong to be a fascinating individual, and I’ve been watching and reading through many of his interviews lately. During several interviews, the director mentioned how influential the 1960 South Korean film The Housemaid was to Parasite and his film career in general. The Housemaid, directed by acclaimed Korean director Kim Ki-young, has been hanging out in my watchlist for quite some time, and this was just the push I needed to make time to watch it. Like Parasite, The Housemaid blends horror and melodrama while touching on class issues in South Korea. I absolutely loved this movie. It kept me on the edge of my seat for its entirety, and I was surprised to see how far it pushed the envelope. I was in complete shock by how dark certain parts of the film were, and that’s a film quality that I will always have mad respect for.

Most of the film takes place in the home of the Kim family. Mr. Kim is a composer and the main breadwinner of the family; Mrs. Kim is his pregnant wife who works from her sewing machine at home; their young son is a bratty little turd; and their young daughter is suffering from what I believe is polio. There’s a lot of emphasis on the fact that they live in a two-story home, as it was a symbol of moving up in the ranks of South Korean society. When running the household becomes overwhelming for Mrs. Kim as she is both pregnant and working, the family decides to bring in a housemaid, Myung-sook. She immediately seems to have a bit of a sinister side when she grabs a rat in the kitchen with her bare hands and begins creepily spying on Mr. Kim. Myung-sook eventually has a brief affair with Mr. Kim, and she becomes pregnant with his child while still working for the family. She develops an obsession with Mr. Kim, and her obsession is best expressed in a fabulous scene where she is spying on him from the outside of a window during a rainstorm. It’s spine chilling!

At first, I caught myself looking at Myung-sook as a crazy woman trying to tear apart a family, sort of like Glenn Close’s character in Fatal Attraction, but my opinion of her definitely changed as time went by. Mrs. Kim eventually finds out that Myung-sook is pregnant, and she talks her into throwing herself down the stairs to miscarry her child. Once she followed Mrs. Kim’s orders, I felt so much empathy towards her character. She didn’t want to lose the child she was carrying, but the burden of having a child out of wedlock with a married man in South Korea in 1960(ish) must have felt horrific. After the stair scene, the lives of everyone in the home spiral downward so quickly and the film becomes a complete rat-poison soaked nightmare. Even the Kim children aren’t off limits to the household horrors.

The World Cinema Project restored The Housemaid in 2008 and it became part of the Criterion Collection. The restoration is beautiful considering that the quality of materials prior to the restoration was not fantastic (e.g., there were massive English subtitles that needed to be removed). I also found out that there is a Housemaid trilogy, which begins with The Housemaid, followed by Woman on Fire (1972), and ending with Woman on Fire ’82 (1982). There’s even a remake of The Housemaid that came out in 2010! I’m so excited to get into this bizarre Housemaid universe. Hopefully the other films live up to the original’s standard.