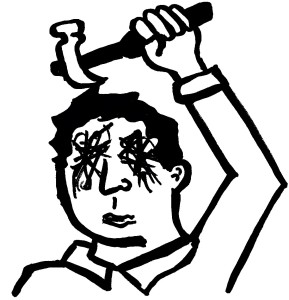 In our initial conversation about November’s Movie of the Month, the lucid dreaming fantasy drama Paperhouse, Boomer mentioned discovering the film when it used to play regularly on IFC in the early 2000s. This surprised me, because it felt exactly like the kind of thing that kids would’ve grown up remembering (in horror) through countless late night viewings on a home-taped VHS. Specifically, Paperhouse reminded me of a film I watched repeatedly on VHS as a child, Lady in White. Both works are from 1988 and occupy a strange space where they feel like they’re made for young children, but are much more traumatizing than traditional kids’ media tends to be (with Paperhouse earning a PG-13 rating and Lady in White landing a solid R). Despite both films scoring high with populist critics like Roger Ebert, they didn’t make much of a splash financially (in fact, Lady in White only made 1/3rd of its modest budget back at the box office), so their cult status notoriety had to be maintained by the children who happened to catch them at the right age, growing up with anxieties inspired by their nightmarish details. Speaking personally, I can say that I think about and reference Lady in White constantly as an adult even though I hadn’t watched it since the early 90s until this week (and despite the fact that, unlike Paperhouse, it’s actually not very good).

Set during Halloween in a 1962 suburbia, Lady in White is narrated by a Steven King-esque writerly archetype reminiscing about a childhood trauma, a time when his entire East Coast town was wrapped up in a serial child killer murder mystery and he found himself at the center of it. I remembered the beginning of this film vividly. As a young boy the protagonist (played by late 80s mainstay Lukas Haas) is locked in his school’s coatroom by racist bullies after hours, where he encounters two terrifying figures: the ghost of a young girl and the real life presence of a menacing man (later revealed to be the serial child murderer) who nearly chokes him to death. In my scared child’s mind most of the film was confined to that coatroom and that’s what reminded me of its contemporary, the kids’ horror Paperhouse. A young child makes friends with a not-quite-real member of the opposite gender in an attic-sparse space, coldly lit, haunted by a menacing adult figure with an obscured face who threatens their lives: this plot could potentially describe either Lady in White or Paperhouse. The problem is that my childhood memories distorted the details of the former and I had forgotten the murder mystery melodrama about the dangers of racism & mov mentality that eats up most of Lady in White’s runtime in favor of the Paperhouse-like moments of horror the film was able to construct only in fleeting moments & specific scenes. The truth is that although Lady in White manages to evoke Paperhouse’s effective late 80s horror tone in brief stretches, it can’t in any way compare to its full artistic effectiveness & magnitude.

I think a lot of the divide in terms of artistic success in both works derives from the strong guiding hand of director Bernard Rose. With Candyman, Rose proved that the menacing tone evoked in Paperhouse was no fluke and could be used for an even more distinct, horrifying effect at will. Lady in White has great moments & specific images that nearly match Rose’s eerie tone, but the film falls short when considered as a whole. When locked in the school coatroom, the film’s protagonist rocks a distinct, doll-like look in his plastic Dracula mask, suffers a psychedelic vision of his own death as his astral projection barrels towards the sun, and revisits the resonating horror of attending his mother’s funeral at an even younger age. He’s also, of course, visited by a ghost (one of two in the film) and nearly dies several times in a misty wooded area that recalls the strangely artificial set of the TV show Dinosaurs. Lady in White has a lot of the same spooky material to work with as Paperhouse, including both a near-death crisis at the edge of a cliff & a child suffering crippling anxieties over a parental absence, but it fails to sustain that film’s effectiveness for any significant stretch of time.

There are so many ways that Paperhouse trounces Lady in White in terms of quality, especially when you consider the way the latter film spreads itself so thin over so many narratives & the way it continuously plays Italian caricatures that would make Mario blush for comedic relief to undercut its own spooky mood. One of the most glaring ways Lady in White shoots itself in the foot is in the carefree, child-friendly tone of its score, which directly contrasts with the horrifying atmosphere Hans Zimmer sets in Paperhouse (a trick Bernard Rose would later repeat by hiring Phillip Glass to soundtrack Candyman). For all of these two film’s resounding differences, though, they represent to me a very specific time in VHS media where it was okay, if not openly encouraged, to scare the living shit out of children. 1988 was a scary year to be a child with a VCR. In films like Paperhouse & Lady in White, bone-chilling supernatural horror had a way of seeping into film genres where you wouldn’t expect them: familial drama, fantasy epics, crime story melodrama, tone-confused comedy about Italian stereotypes, etc. Paperhouse managed to turn that bleed-over into a wonderfully balanced work of deeply effective art. Lady in White could only hold onto that effectiveness in fleeting moments & isolated images, but together the two films paint a strange, horrifying picture, one that could haunt your imagination forever if you caught them at the right age & the right year with the right home entertainment gear.

For more on November’s Movie of the Month, the lucid dreaming fantasy drama Paperhouse, check out our Swampchat discussion of the film and last week’s look at director Bernard Rose’s best known work, Candyman.