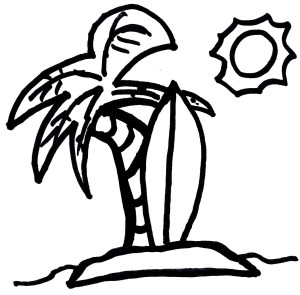 Biopics are difficult to make interesting. That may even be especially true about biopics that detail the lives of high profile musicians. It’s a genre so engrained in its own rote tropes that, no matter the level of talent involved, it’s always probable that the final product will feel more like a made-for-TV movie than an artistic endeavor. There are obviously a few exceptions to this conundrum, but the genre’s tropes are so well-defined that they’ve earned their very own (brilliantly funny) ZAZ-style spoof in Walk Hard. Walk Hard even took the time to spoof the subject of this review, Beach Boys’ mad genius Brian Wilson. When Love & Mercy shows Wilson struggling to wrangle French horns, dogs, and bobby pins in the studio, it’s near impossible to not think of Dewey Cox demanding lamas & fifty thousand didgeridoos. Luckily, Love & Mercy also chooses to play this moment for a laugh. If it had a straight face it would’ve been a painful cliché, something the film sidesteps entirely. That’s far from the only pitfall it sidesteps.

A large part of what makes Love & Mercy special in the context of the biopic genre is its intimate, bifurcated structure. Instead of telling the entire story of Brian Wilson’s life, the film focuses on two of his most significant moments. Both Paul Dano & John Cusack play Brian Wilson in Love & Mercy and the film is smart to not apply any pressure for them to tie their roles together, but instead allows them a lot of room to breathe & make it their own. It’s okay that that both Dano & Cusack feel like they’re playing different people because at the two points detailed here, Wilson was a different person.

Paul Dano, trying his damnedest to look slightly pudgy here, has to hold down the more cliché biopic moments of the film. Portraying Wilson while he was recording his masterpiece Pet Sounds & essentially losing his mind, Dano has to both go big & literally bark like a mad dog as well as understatedly smile like a pleased turtle because he knows he’s onto something special. Trying to move away from the group’s faux surfer past while simultaneously competing with both The Beatles and his own controlling father, Wilson was under an unfathomable amount of pressure at this point of his career. As he learns how to “play the studio” as an instrument and create an entirely new kind of pop music experience with Pet Sounds, he also loses a grip on himself, cracking under the pressure. Dano does a great job of balancing humor with poignancy in these scenes, but it’s a tough balance to maintain.

John Cusack’s scenes save the film from being too predictable. If it were just Dano’s scenes the This Is Really Important vibe would be overwhelming. Cusack picks up the story after years of depression & bed rest, showing Wilson squirming under the control of a controlling quack played by a sublimely menacing, clean-shaven Paul Giamatti. Helpless, Wilson falls for an in-over-her-head Chrystler salesman, played by Elizabeth Banks, who struggles with Giamatti’s Evil Doctor for control of Wilson’s autonomy. In several key scenes, Cusack isn’t even present for this half of the story, but whenever he is it’s a great reminder of just how wonderfully talented the actor can be when he sets his mind to it.

These two halves of the movies are woven together, told simultaneously. Although Love & Mercy cannot avoid every biopic trope out there, it does itself a huge favor by aiming for a feeling instead of a complete story. With phrases like “lonely, frightened, scared” and “Even the happy songs are sad,” the movie achieves a more accurate depiction of Brian Wilson than a straightforward telling of his entire life story, (Charles Manson, “Surfin USA”, and all) could possibly have accomplished. There’s a sadness to Wilson’s life’s work that is often overlooked, but expertly captured here. In an exchange with his abusive father, Wilson pleads that “God Only Knows” is “a love story.” His dad counters, “It’s a suicide note.” Love & Mercy does little more to tie its two disparate parts together than achieving this whimsical melancholy throughout and drawing comparisons between Dano’s Wilson’s controlling father and Cusack’s Wilson’s controlling doctor. The approach is impressive in both its audacity and its results.