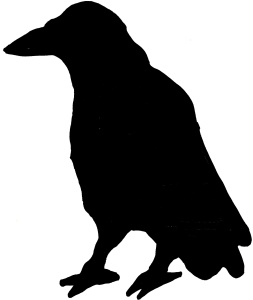 Never before have I ever seen a movie that was made for me the way that Un couteau dans le cœur (Knife+Heart) was. Seventies-set giallo featuring a masked killer in black leather gloves? Check. Queer story that focuses on a troubled woman who drinks herself into unconsciousness on a nightly basis and is unable to let go of a lost love? Check. Vertigo/Body Double-esque plot points about obsession with apparent doppelgangers? Check. M83-as-Goblin soundtrack? Check. A plethora of shots of old school film editing equipment being put to good use? Check. A peek behind the curtain of the seventies gay porn scene? Check! Women in white wandering around a forest as gales of wind blow all about them? You betcha. A strangely centric fable about grackles? Is it my birthday?

It’s 1979, Paris. Anne (Vanessa Paradis) makes “blue movies,” better known as gay pornography, along with her best friend Archie (Nicolas Maury), cameraman François (Bertrand Mandico) and her lover of ten years, Loïs (Kate Moran), although that relationship has recently come to an end. Tragedy strikes when one of her actors, the insatiable “Karl” (Bastien Waultier), is stabbed to death by a man in a terrifying full face mask after a night out cruising. As a result, Anne is interviewed by Inspector Morcini (Yann Collette); back in the studio, she retitles their current production to Homocidal and recreates this interaction with Archie in her place and heroin addict Thierry (Félix Maritaud, of BPM and Sauvage) and José (Noé Hernández) in the roles of the police. Anne recruits a new actor, Nans (Khaled Alouach), who is noted for his twin-like resemblance (not his twink-like resemblance, although that could also apply) to a former star of hers named Fouad, which is fortunate; after Thierry is also murdered, most of the actors fear returning to set. In her personal life, Anne spends her days drinking straight from the bottle of whisky that she keeps on herself at all times and stalking Loïs around nightclubs when she isn’t too drunk to move. After a third murder, Anne traces the clues to a forest that, according to folklore, is used for faith healing via grackle—as with most gialli, it only makes marginally more sense in context—where she finds a small cemetery and the grave of Guy (Jonathan Genet), and the answer to the identity and motivations of the killer.

The only negative thing that I can say about Knife+Heart is that the fact that it now exists means that I may now never finish my own giallo script (titled Profundo Giallo, naturally, because I am a NERD), which features many of the same narrative beats, although for the sake of future copyrights I should note that Gonzalez and I were both drawing from the same well of archetypical giallo ideas. Still, it may end up being difficult to prove that we independently came to the idea of having a queer character (Loïs here, Oliver in PG) whose relationship with a primary protagonist ended poorly discover a vital clue while reviewing grainy footage. Really, we’re just both putting the same twist on the standard giallo trope that I call “Obscured Clues,” which was the most frequently recurring narrative element in Argento’s Canon; that is, a character witnesses something that they do not initially realize is a clue and then struggle to recall its importance.

Knife+Heart is a neon saturated fever dream, and yet it holds together in a way that is truly astonishing and thoughtful, considering that multiple people get stabbed to death by a knife hidden inside of a makeshift phallus. It’s surely no coincidence that the film is set in 1979, on the eve of what we would come to know as the AIDS epidemic; the establishment of the era, represented by the police department and their dismissive treatment of the killings of Anne’s actors, is largely unconcerned with a series of tragedies that befall society’s “undesirables.” This is made more manifest by the way that the pretty young things are killed: in cruising bars and by-the-hour hotels, in alleys with needles in their arms, etc. I could honestly live the rest of my life in happiness without ever seeing another AIDS allegory film, but this one manages to weave subtlety into this tapestry, which makes for a better narrative overall. That this can happen in a movie that also features an actor campily full-on humping a typewriter in one of Homocidal’s scenes speaks to a strong directorial vision.

Anne is no doubt destined to be a divisive character; in his review for MovieJawn, Anthony Glassman writes that Paradis’s character “metamorphoses from a drunken psychopath into a driven and caring mother figure,” and although I was fully within Anne’s headspace, horrible person though she is at times, I can’t really disagree. Repeatedly, we see that she is incapable of accepting that her relationship with Loïs has come to an end, and we realize that this love is far from healthy, given both Anne’s obsession and Loïs’s inconsistency as she verbally spurns Anne over and over again while also leading her on and admitting that she still loves her. That this leads Anne to stalk Loïs around a nightclub saturated with over-the-top radiant lighting and finally confront (and assault) her makes Anne despicable but no less sympathetic. The film almost dares you to try and hate Anne, but if you’ve a queer person who has ever had your heart broken to the point that you drink yourself into a stupor on a nightly basis and wake up in strange places, then you understand every drive that Anne has, even if her actions are occasionally unforgivable.

This is best epitomized in one of the most underrated scenes in the film (I’ve seen no mention of it in any other reviews that I have read), in which Anne attends an art performance at a lesbian bar where the two participants are a woman in lingerie and another woman in a bear suit. The human character begs for the bear’s love, and the bear attempts to refuse, claiming that to love the woman is to destroy her, but the woman doesn’t care. To love is to be devoured; to love is to devour. As the bear demonstrates its love for the woman, its claws leaving theatrical trails of stage blood all over her body, the woman begs for this destruction, demands to be completely destroyed, and the bear can do nothing but oblige, its love is so all-consuming that neither of them can stop. It’s so fucking powerful and real. To love is to die; love is to kill. Love is to consume and be consumed until there is nothing left but char and ash and fragments that say to every passerby: “A fire was here, and it destroyed all that it touched, but in those moments of destruction, each thing touched was brighter than the sun.”

I could go on and on about this movie for about 10,000 more words, but not without spoiling anything (the Golden Mouth is a delight!). This is a delightfully and unabashedly queer movie, and the world has never seen anything like it. I can’t wait to see it again and again.

I recently praised The Overnight for finding a surprisingly effective homogeneous blend of the black comedy & the light sex romp and now I appreciate it even more after watching the same blend fail so miserably in You and the Night. Where The Overnight utilizes its small cast & budget to enhance its own sense of uncomfortable intimacy, You and the Night points to its own financial shortcomings intentionally as a source of would-be humor. You and the Night is embarrassingly bad in a try-hard, underfunded art-house way that somehow makes an orgy hopelessly boring. At times it feels like a stage play and in other moments it could be mistaken for an oldschool horror anthology (with a lot more prosthetic cocks than usual), but the effect is the same either way. You and the Night tries to point to its own artificiality as a form of campy amusement, but the result is more embarrassing than it is funny.

A lot of You and the Night feels like a French comedy spoofing the nature of French comedies. It presents an exaggerated sense of detachment & coquetry that’s difficult to react to in any way outside a scoff. If I had caught this movie on late night cable as a teen I might’ve gotten a little more out of it. The idea of a dark comedy set at a pansexual fuckfest still holds a lot of drawing power for me now, which is how I ended up lazily watching it on Netflix in the first place. It’s unfortunate that You and the Night can’t deliver on the promise of that premise, though, and holds all sincerity & genuine effort at arm’s length. Even a few intense images & an incredible, synth-soaked score from M83 can’t save this film from its own sardonic self-amusement.