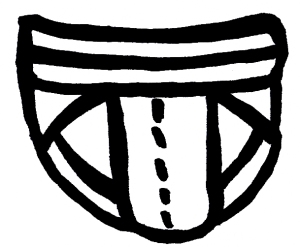 The third film in my recent exploration of Tubi’s LGBTQIA+ section (following Is It Just Me? and Go Go Crazy) Getting Go, the Go Doc Project also features go-go dancing as a key part of its narrative makeup. It shares more than a few other similarities with Is It Just Me? as well, although it’s a much better film.

Our primary lead, known only as “Doc” (Tanner Cohen) is a country mouse close to finishing up his college education in New York. He has a vlog in which he talks about his life and, oddly, masturbates for the pleasure of his followers; he’s not a camboy and doesn’t seem to get any real pleasure from his exhibitionism, but as long as he’s laying his life bare for his 35ish viewers, he might as well go all the way. He’s looking for love but mostly experiencing infatuation, and the latest object of his affection is a popular go-go dancer identified only as “Go” (Matthew Camp). While drunk one night, Doc emails Go and tells him that he’s working on his final project before graduation, a documentary, and Doc wants to make it about him. Although he’s embarrassed when he recovers from his blackout and checks his outbox, Doc is pleasantly surprised to receive a response from Go, who agrees to the arrangement after very little convincing (and a promise of a 5% cut of any profits). Doc borrows a camera from a friend and starts shooting almost immediately, capturing an intimate slice of life that grows into something more as the two men start to fall for each other.

The last of these is an important element in Getting Go in more ways than one. Doc, for all of his book learning, is old fashioned and often ignorant. When Go asks him what his thesis for his documentary is, Doc declares that he intends to demonstrate that the ultimate goal of queer liberation must be assimilation, an idea to which Doc immediately (and rightfully) objects. Like Blaine in Is It Just Me?, what Doc wants is safe, solid monogamy, and there’s no shame in wanting that for oneself (like I said before, I do), but that doesn’t mean that any one person gets to decide that for anyone else. I was surprised to hear Go actually call Doc’s point of view “colonial,” given that films in this genre (and, as previously stated, on Tubi of all places) rarely exist in an intersectional space that even alludes to oppression as systemic and institutional. Go tells Doc that his way of thinking, that envisions a future of Polo-and-khakis normies as the end goal of the Gay Agenda, “castrates queer culture and humanity at large.”

This is foreshadowed early on, even before the two meet, when Doc finds a photo of Go online and edits it; in time lapse, he not only removes Go’s jock strap and photoshops a dick onto him, but he also airbrushes out all of the little “imperfections,” like moles and scars. For Doc, Go is nothing more than an image for his spank bank, at least at first. As the two get to know each other better and grow closer, Go challenges Doc’s preconceptions about what “love” has to look like, what it has to call itself and how it declares its presence, or what forms it can take. It’s hard for Doc to expand his internal schemas, but Go breaks through his barriers and Doc has his first time going all the way—on camera, no less—and it’s tender and sweet. Once this milestone passes, one half-expects the standard rom com plot to kick in: Go finds out that Doc has been lying this whole time, there’s an emotional confrontation, they break up, they spend some time apart, and then they get back together to live ambiguously ever after. That’s not what happens here. Instead, Doc walks in on Go with a trick, and the two argue about Go’s work, which Doc has largely ignored is sex work. Go comforts him and admits he always knew Doc’s true intentions but that he actually liked Doc from the start, so he went along with the documentary lie to spend time with him. This argument results in the two of them not seeing each other for a while, but they reunite before Doc moves out to Iowa to follow the next step on his academic journey, amicable ever after.

It’s shocking how much better this film is than either of the other two hosted-by-Tubi flicks I recently saw. It’s not a masterpiece, but like Go himself, it’s happy to be a different animal altogether, surprisingly thoughtful and ahead of its time. It doesn’t use the conventional trappings that one would expect for what is, at its core, a romance, and the choice to do it both in handheld and as a documentary not only makes sense financially but allows a clean break from the tired tropes of that genre. That documentary style also allows for the lines between fiction and reality to blur. In one scene, Go explains the meanings of several parts of his sleeve tattoo (which are of course Camp’s actual tattoos) so as he elaborates on what they represent to him, it’s almost if we’re seeing Camp here, not Go. I’d also wager that Go’s apartment is also Camp’s real place; there’s a messy verisimilitude to it, and given that Camp’s recently burned house was once the home and gathering place of Church of Satan member Joe “Netherworld” Mendillo, you know he’s into some spooky stuff, which would explain the amount of Nightmare Before Christmas merchandise scattered around. Neither Camp nor Cohen had ever played the lead in anything before or since Getting Go, and they both give mixed-to-good performances that are very strong in places and for large sections but occasionally slightly off-center; luckily, the faux documentary format covers these small sins.

The soundtrack is fantastic; that’s good news as this is a montage-heavy movie, which is its largest detraction. There are a bunch of great, frenetic electronic tracks from 3 Teens Kill 4 and s/he, as well as multiple songs from both Big Boys and The Irrepressibles, and that energy helps propel you through a lot of Go dancing and the two leads walking aimlessly around New York. If you have a tendency to space out, you’re going to have a hard time staying focused. As an example, towards the end of the movie, Patrick Wolf’s “Overture” (which clocks in at 4:43) plays in its entirety over a montage of Doc and Go making out in various places around NYC. So if this sounds like your kind of movie and you like music videos in the middle of your sex-positive lately-coming-of-age romance, you’re in for a treat.