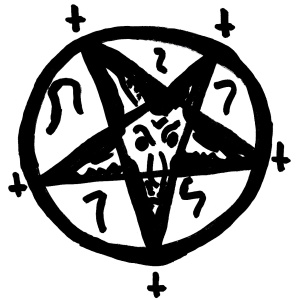 Melissa Sue Anderson (Mary Ingalls from Little House on the Prairie) and Mary Beth McDonough (Erin Walton from The Waltons) step away from their well-known country girl roles to become dueling teen witches in this made-for-TV horror flick. When I first realized that Midnight Offerings was a made-for-tv movie from the early 80s, I expected it to be a joke of a horror film, oozing with campiness, but to my surprise, it was actually a little more on the serious side. There were even a couple of scenes that I found to be legitimately frightening, but unfortunately, the film wasn’t serious enough to avoid getting a Camp Stamp.

Vivian Sotherland (Anderson) is an evil teenage witch who uses her supernatural powers for selfish reasons. For example, her football star boyfriend was at risk of flunking out of high school, so she had his teacher killed in a pretty impressive car explosion. Also, she wanted to have her own car, so she gave her father’s supervisor a heart attack in order for him to get a promotion and use his pay increase to get her a vehicle. As her reign of terror really starts to take off, a new girl moves into town, and guess what? She’s also a witch! The new girl, Robin Prentiss (McDonough), knows that she has powers, but she doesn’t know that she’s a real witch until she does a little bit of research. Once Vivian realizes that Robin is also a witch, the good witch versus bad witch battles begin!

Interestingly, Anderson would go on to star in the cult classic horror film, Happy Birthday to Me, in the same year that Midnight Offerings was released. It seems as though she was really trying to get away from her Little House on the Prairie image, but she will forever be known as sweet little Mary Ingalls. I think that her Prairie reputation made her role in Midnight Offerings even more terrifying. She had this “good girl gone bad” vibe going on, and it was amazing. If it’s at all possible to get your hands on this forgotten film, it’s definitely worth a watch or two.