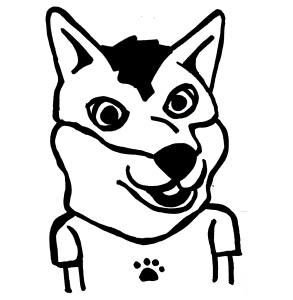 A lifetime ago, I used to be friends with the Memphis filmmaking collectives behind the microbudget docudrama Rukus. They were making backyard movies as long as I’ve known them, from music video fan art to thematically daring documentaries to an ambitious feature-length fairy tale titled What I Love About Concrete (that felt like a breakthrough achievement for the crew). Rukus is a different beast entirely, not least of all in its personal, diary-like confessions of central contributor Brett Hanover as the film’s writer-director, with the rest of the collective (mainly Alanna Stewart & Katherine Dohan of Do You Know Where Your Children Are? Productions) taking on a myriad of supportive filmmaking duties – music, sound, cinematography, assistant-direction, etc. This sense of a long-lasting community collaborating on a single project over many years of spare weekends & rigidly structured “free time” affords Rukus a sense of depth in both subject & emotion, especially in how it tracks Hanover’s own maturity from high school sexual anxiety to a more confident, adult sense of self-understanding over what feels like fifteen years of footage & backstory. It’s over that exact span of time that I have drifted away from this community myself, to the point where I’m so far outside their orbit now I’m hesitant to suggest I have the right to still call them friends – even if “acquaintances” sounds too cold. I also don’t believe it’s extratextual to mention my fading personal connection to the filmmakers here or to recount their backstory as a microbudget filmmaking collective, as Rukus is a film about communities & intimate connections, both online and in the flesh (and fur). Like all great documents of personal importance, it has universal implications about relationships we’ve all had over the internet & irl; we all already know the players in Rukus, whether or not we’ve actually met them.

It’s important to mention the universality of Rukus’s themes of isolation, community, maturity, and self-harm upfront, because its on-paper premise indicates that it’s about something far more niche: furries. The most flippant (and inaccurate) way you could describe Rukus would be to contextualize it as the furries equivalent of the Netflix documentary Bronies: The Extremely Unexpected Adult Fans of My Little Pony. That might have even been Hanover’s original intent when he first documented a Memphis furries convention for a high school photography project in the aughts: a fascinated, but detached interrogation of furry culture that borders uncomfortably close to a gawking “Getta load of this freak show!” voyeurism. Smartly, Hanover instead shifts this eagerness to gaze at human oddities inward – confronting his initial impulse to engage with furry culture from the academic distance of an “anthropological observer” as a self-serving lie. Anyone looking for a culture-gawking doc on furry conventions is going to be disappointed by the breadcrumb trail of information Rukus leaves behind as it prods at something much more personally vulnerable & ambitious. I was frequently reminded throughout of Nathan Rabin’s (excellent) book You Don’t know Me but You Don’t Like Me, in which the pop culture critic learns almost too much about his own mental & emotional health while attempting to cheekily document the often-mocked subcultures of Phish & Insane Clown Posse fandoms, only to become a member of both communities himself. Hanover’s personal journey as the loudest creative voice & most central subject of Rukus parallels Rabin’s across two entirely separate communities: his irl Memphis friends who are directly confronted with his OCD & sexual hang-ups and an online contingent of furries whose digital anonymity offers a freer, more accepting playground where he can find himself. Larger themes of kink power dynamics, queer identity, depression, romance, abuse, and self-harm emerge over the long haul of the story’s over-sprawling narrative, but it’s all anchored to that pursuit of finding intimate connections & personal fulfillment while navigating the needs & politics of the communities that are willing to put up with you – furries and beyond.

The thematic ambition & personal vulnerability of Rukus is evenly matched by the film’s own formal adventurousness. It initially presents itself as a documentary on Hanover’s interaction with real-life furries (with a particular focus on his relationship with the titular self-published furry artist Rukus), but as it unravels the question of what is & what isn’t real becomes muddled to the point of not mattering at all. There are moments of pure fantasy represented through hand-drawn sketchbook animation and childhood fursona dreamscapes that recall the immersive artworlds of films like Paperhouse & MirrorMask. Outside those forays into escapist magic, though, the question of what’s “real” is much more deliberately confused. Real-life footage & interviews mix freely with dramatic reenactments and intangible online personae to test the boundaries of what could be considered a “documentary.” It’s a dissociative tactic that evokes the feeling of looking at the world through a video camera – a remove that’s echoed in the film’s multimedia indulgences in laptop-lit stage plays, webcam cinematography, and crudely drawn outsider art. It’s also a fitting approach for conveying the emotional lives & development of its subjects: furries that express their truest selves through the remove of carefully-sculpted costumes & online avatars and the director’s own expression of his sexual & romantic impulses through a detached “academic” interest in niche fetish communities outside his comfort zone. I’ve seen plenty of recent documentaries that blur the line between reality & crafted narrative in this way – Rat Film, Swagger, and The World is Mine to name a few. The overall effect of Rukus is something much more personal & vulnerable than what those dramatically obscured titles offer, though. It reaches more for the unembarrassed emotional exhibitionism of Josephine Decker’s (criminally underrated) project Flames: the volatile self-revelation of reading your private diary’s most intimate passages at top volume in a public space.

It’s doubtful that if Rukus were an outside-observer’s anthropological examination of furry culture it would have meant as much to the community it depicts. I doubt Bronies gather around to watch that Netflix documentary as a community, for instance, whereas past public screenings listed on Rukus’s website (where you can now watch the film in its entirety, for free) include multiple furry conventions. It’s tough to suppose whether that’s because Hanover & the Do You Know Where Your Children Are? crew tapped into something deeply true about furries in particular or if the movie moreso taps into something universally true about the roles of community & identity in our larger modern digital hellscape while inviting furries along for the ride. Either way, it’s the exact kind of ambitious, challenging filmmaking you’d hope to see from no-budget outsider artists passionate about their craft but locked outside official means of production. I’m proud to have ever been even on the periphery of a community this empathetic, inclusive, and vulnerably honest, even if time has eroded those connections to the point where we’re total strangers only flimsily tethered to our shared past online.