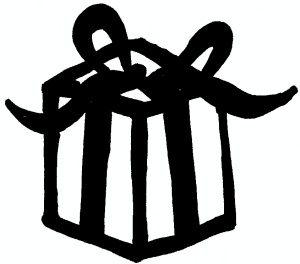 Christmastime can often bring out the saps in us, something that can be downright overwhelming if you pay too much attention to the season’s radio broadcasts, TV, and cinema. Those looking to indulge in the sentimentality certainly have plenty to choose from. Love the Coopers is the only traditional Christmas movie from this year that his the theaters (that I can think of, anyway), but there’s plenty of made-for-TV movies (seemingly all on the Hallmark Channel) & Christmas-themed TV episodes waiting to fill that void. Thankfully, 2015 has also offered plenty of Christmastime counterprogramming, consciously non-traditional works that sidestep the more maudlin aspects of the genre. The following films were my favorite non-Christmasy Christmas films of the year, each with links to their respective reviews from this site & their corresponding trailers. I hope it breaks up the routine seasonal monotony of A Christmas Stories & It’s a Wonderful Lifes for you this Yuletide season.

Just in case you don’t want to watch Kevin McAllister try on his dad’s aftershave for the 1,000th time, why not watch a gun-weilding Selma Hayek rock a bloody negligee for a couple action-packed hours instead? Everly is a yakuza-style shootout film featuring themes of revenge, prostitution, human-trafficking, and – you guessed it – families struggling to make it home for Christmas. It’s also quite funny, considering its endless sequences of bloodsoaked violence.

The Nutcracker is a classic Christmas ballet in which magical toys come to life when no one’s looking to dance adorably & act all magic-like or some such. Patch Town is a horror comedy Christmas musical in which an evil toy factory freezes forest-grown babies in their infantile state & sells them as Cabbage Patch Dolls until their adoptive owners outgrow & discard them, when they’re promptly unfrozen & forced to work in the very factory that extracted them from the cabbage patch in the first place. They’re about the same if you think about it, but at least Patch Town is new.

Scrooged is my all-time favorite Christmas movie. In some ways, though, its cynical drunk of a protagonist didn’t push Dickens’ classic A Christmas Carol far enough into unexpected territory. Thankfully, The Night Before is here to update the narrative to include not one, but three cynical protagonists who are visited by a mystical weed dealer instead of the ghost of a cabbie AND The Grinch AND instead of sticking to just alcohol they indulge in “every single drug in the whole world.” It’s honestly the most sentimental film on this list, but it’s also one of the most excessive, so I’m willing to let it slide.

Bonus Selection: If you need an alternative to that alternative due to the seasonally appropriate sentimentality, ghosts & Christmas also mix in the very, merry un-Dickens Paranormal Activity VI: The Ghost Dimension.

Tim Allen is a notorious reformed-cokehead comedian, so I guess in some ways the hokey Santa Clause franchise is already a subversive Christmas narrative. If you’re looking for an even-more non-traditional Santa surrogate, though, try Krampus: a soul-stealing demon who acts as “St. Nicholas’ shadow” whenever bad little girls & boys lose faith in the holiday. Director Michel Dougherty’s first film, Trick ‘r Treat, was entirely faithful to the traditions of Halloweens & thankfully he kept the October vibes rolling into December traditions in a time where so many people do it the other way around, celebrating Christmas before Halloween even gets rolling. All hail Krampus for bucking the trend.

Some of the best Christmas movies are the ones where the holiday is mere background noise, barely getting in the way of the narrative. Any rebel sticking around long enough becomes part of the establishment, though, so titles like Batman Returns & Gremlins don’t work quite as well as counterprogramming as they did 20 or 30 years ago. Mercifully, Tangerine is willing to fill that void in the here & now. Following a trans sex worker as she drags her bestie along on a revenge plot to confront her fiancée/former pimp is worlds away from the traditional Christmas narrative. It’s so committed to outdoing Gremlins’/Batman Returns’/Die Hard’s/Eyes Wide Shut‘s counterprogramming that it even forgoes those film’s snowscapes for a brightly lit/sunshiney Los Angeles that should feel mighty familiar to how New Orleans most often spends Christmas. It, of course, also helps that it’s one of the best films of the year, Christmas counterprogramming or not.

I’ve happily managed to avoid seeing any of the Paranormal Activity films until now (with ease, I might add), but a convenient showtime & a free ticket recently changed that for me. My first Paranormal Activity film ended up being the sixth in the series and you know what? It was actually pretty enjoyable. A found footage ghost story set during Christmastime 2013 (a temporal detail that adds essentially nothing to the equation), The Ghost Dimension is a fairly straight-forward collection of jump scares & spooky happenings. It’s a film that never dares to stray from its basic, by-the-books formula, but I have to admit that the formula kinda worked for me. Nothing about the film’s over-reliance on the idea that children are creepy or its assumption that all Catholic priests are prepared at a moment’s notice to wage metaphysical war on demons is anything new in terms of ghostly horror movies as a genre, but those tropes exist for a reason. They’re good for a cheap, easy lark. I could see how six films into the franchise someone could tire of Paranormal Activity‘s over-simplified ghost genre formula, but since I was just looking for a pleasant slice of generic horror, I was well satiated.

I’m guessing that what most distinguishes The Ghost Dimension from its five predecessors is the attention paid to the camera that records the film’s ghostly events. An old, bulky VHS camcorder from the 1980s (yes, that decade’s aesthetic is now antiquated enough to be spooky, as evidenced by the V/H/S franchise), this special piece of recording equipment has a built-in lens that allows it to pick up the, um, paranormal activity that plagues the film’s haunted house. It’s spirit photography made easy. At first, the film’s central pair of protagonist brothers don’t’ know how seriously to take this discovery. The iconic hipster asshole of the pair jokes while filming his paranoid brother, “My camera’s picking up something! It’s a dipshit.” Tripping on psilocybin mushroom doesn’t help the paranoia factor, especially once the brothers start diving into the box of VHS tapes that arrived in tandem with the camera. Much of The Ghost Dimension works this way, like a scary version of those hopelessly useless YouTube “reaction videos” people seem to be endlessly churning out lately. At one point, the brothers end up filming themselves watching themselves watch the haunted VHS recordings. It’s quite silly. What’s much more interesting, of course, is what’s actually on the tapes themselves: the home tapes of two young girls being raised/manipulated by a cult called The Midwives. That’s right. They’re a 1980s coven of devil-worshipping child care witches. In other words,, they’re total badasses. Too bad they get a pitiful amount of screentime.

No matter. Things pick up once the non-hipster-mustache brother’s little girl gets recruited by this cult through some space-time tampering in order to do the bidding of a wicked demon named, you guessed it, Toby. Once the little girl is in cahoots with Toby she transforms into a little Satanic badass– burning Bibles, biting priests, and burying rosaries in the backyard. By the time she’s talking to ghostly beings on the other side of mirrors & opening a physical portal to the titular ghost dimension, I was totally on board with what she was selling. Too bad her pesky parents get in Toby’s way & try to muck up his plans with their “innocent” little girl. There’s a surprising amount of ghostly action to be found in the film as these modern Toby/little girl shenanigans clash with the 1980s timeline of The Midwives coven, the world crashing in around them as they join forces.

What I thought I understood about Paranormal Activity as a franchise leading up to The Ghost Dimension was that the films required a lot of patience. It seemed that to attempt a “realistic” aesthetic (and to save money) the earliest films in the series were a slow burn of security footage-style still cameras & Paris Hilton night vision. The Ghost Dimension is much more kinetic that I expected based on this assumption. It’s packed to the gills with violent jump scares & images of Toby taking form by gathering a gestalt of black spiritual particles that’re pretty much the philosophical opposite of Dust in Phillip Pullman’s His Dark Materials. The film is relentlessly dumb & resistant to reason. For instance, why would the parents move their daughter out of the house immediately instead of videotaping her & lightly suggesting that she stop talking to Toby? Why does Toby show up on the 2013 recordings, but not on the 1980s VHS tapes that were presumably captured with the same equipment? Why would someone, when fleeing from an interdimensional demon, shout to their spouse, “Stay upstairs! Lock the door!” as if it would make a difference? How could a bulky camera from thirty years ago seemingly manage to have a 24 hour battery life? These are silly questions to ask of such a silly movie. Continuity & basic logic aren’t nearly as essential to The Ghost Dimension‘s trashy charms as the simple pleasures small children acting creepy, CGI ghosts reaching for the audience in fits of 3D format gimmickry, and good, old-fashioned cheap jump scares. Perhaps after five similar films this wasn’t enough to hold the attention of returning audience members (there was a lot of iPhone scrolling & open conversation at my screening, despite it being opening night), but as a newcomer I was pretty well entertained.