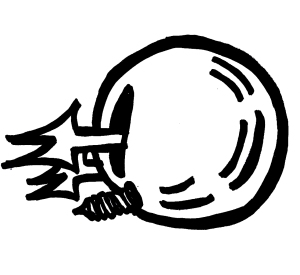 Because we’re living in an absurdly spoiled golden age of physical media production & cult horror reappraisal, there’s a new, crisp digital 4K restoration the 1970s regional cheapie Phantasm currently making the rounds. It wasn’t until I saw that restoration listed in the BYOB Midnight Movie slot at the Prytania this summer that I realized I had never actually seen it before. I’m familiar with the film’s Tall Man villain (played by the recently deceased Angus Scrimm) and his armory of flying, bloodletting orbs from catching a sequel or two out of sequence over the years, but the original film has always eluded me. In retrospect, it’s incredible that it ever registered on my radar at all. Crowdfunded by director Don Coscarelli’s Long Beach, CA community (including major financial & production contributions from his own parents) and crewed mostly by locals, Phantasm likely should be relegated to the cult curio popularity level of other regional cheapies like Don’t Let the Riverbeast Get You!, The Gate, and The Pit. Instead, it’s somehow earned horror-legend status for its Tall Man villain among the likes of Freddy, Jason, and Chucky, as well as four better-budgeted sequels in the decades since, most recently Phantasm: Ravager in 2016. After dragging my old-man bones to the Prytania’s midnight screening of this regional-cheapie-turned-cult-classic, the reason for that success became abundantly clear: Phantasm fuckin’ rules.

Like The Gate & The Pit, the film is framed through the POV of a young boy whose anxiety over his shifting family dynamic & his own coming of age discomforts is reflected in the increasingly nightmarish world around him. The protagonist here is slightly older than our usual nervous-child-with-bad-dreams tykes from this genre template, so his tween interest in the adult activities just beyond his reach get a little squicky in their prurience — especially when he trails his older brother to a graveyard to watch him have sex with a stranger. Mostly, though, it’s a familiar story in which the boy has trouble handling a recent death in the family, so that no one believes him when he reports that the evil ghouls he’s been spotting around town aren’t just an extension of his grief-stricken nightmares. Phantasm puts most of its emotional heft into exploring the feeling of abandonment & helplessness when family members die or move away while you’re still at a formative age. In that respect, its most distinct early scenes involve the teen boy’s fascination with the funeral business, both compelled and scarred by watching a member of his family going through process of being prepared for burial then hidden away forever. Angus Scrimm’s performance as The Tall Man starts off as a part of that morbid funeral business fascination, standing in as a Lurch-like funeral home mortician (and by extension, Death) in his earliest scenes before his role becomes something much, much stranger.

Of course, it’s not the Horror 101 themes of familial grief & childhood anxiety that make Phantasm stand out as a gem in its genre. The film is most remarkable for its constantly shifting, disorienting nightmare logic. It plays like a bad drug trip or a half-lucid dream, wherein its unprepared teenage victims struggle to establish their footing in a world that’s rules are completely governed by the moment-to-moment whims of a lanky ghoul. The Tall Man is a scary enough figure just in his enormous stature & funeral parlor costuming, but what really fucks with your head is his ever-evolving arsenal of creepy crawlies & sci-fi gadgets that he unloads on his victims. He commands an army of Druid-costumed dwarves from an alien planet; he disguises himself as a smokin’ hot Blonde Babe to lure men in with his feminine wiles; he appears in your actual dreams to expend his powers to a Freddy Krueger level command on the metaphysical world around him. And then there’s the Tall Man’s signature weapon: a flying metallic orb that latches onto victims’ skulls with a retractable blade to drain the blood from their bodies in a geyser of gore. This grab bag of surrealistic horrors all arrive to the same repetitive prog organ theme music, making the film play like a low-budget D.I.Y. version of an American giallo. It’s a beautiful, confusing, creepy, deliberately goofy film that surprises at every turn because it follows the cyclical, non-linear rhythms of a nightmare instead of the typical slasher template it teases in its first act.

This “Let’s put on a show!” communal enthusiasm & D.I.Y. approximation of nightmare-logic surrealism is the exact kind of thing I’m always looking for in low-budget genre films. Phantasm’s trajectory of starting with familiar regional slasher locations like suburban cul-de-sacs, dive bars, and graveyards before launching into a fully immersive nightmare realm of its own design is a perfect encapsulation of how it somehow turned low-budget scraps into cult classic gold in the real world as well. By the time the sparsely decorated mausoleum set starts to resemble a de Chirico painting (or a precursor to The Black Lodge) that opens a gateway to an alien planet, the film is bewilderingly impressive as an act of low-budget alchemy. And it only gets more surprising & impressive from there. I now get why Phantasm has earned so many sequels over the decades; I’m dying to see them myself, even if I doubt this is the kind of low-budget movie magic that could ever be duplicated. Any chance to continue poking around in the makeshift dreamworld Coscarelli created could only be a gift.