More movies could use a genuine, in-the-flesh Greek Chorus and this one’s the proof. Blow the Man Down‘s most audacious stylistic choice is the way it breaks its story up into loose chapters with a recurring device in which gruff, East Coast fishermen sing old-fashioned sea shanties directly to the camera. The first instance of these periodic Greek Chorus interjections was so jarring that I was convinced the movie was going to be a full-blown musical. Instead, the antique, weathered sea shanties are merely used to break the film up into acts, commenting on the moods & perils of the film’s protagonists after major events in their journey. It’s about as classic of a theatrical device as possible, elevating the modern on-screen drama with an Old-World patina without distracting from its in-the-moment thrills. It’s such an effective device that it’s a wonder you don’t see it exploited in modern cinema more often. Part of what makes the device work so well here, though, is that the movie would still be great without it. It’s an enhancement, not a crutch.

Blow the Man Down is a small-scale thriller about two sisters who stumble into their East Coast fishing town’s criminal underworld when they find themselves needing to dispose of a cruel, dead man’s body. In their scramble to cover up a man’s death, they clash with local police corruption, the terrifying madam who runs the community brothel (Esteemed Character Actress Margo Martindale), and their own naïve misconceptions of their family’s history on both sides of the law. The entire picture is sharply edited & performed with a dark sense of humor lurking behind each thriller beat. It recalls other normal-people-in-over-their-head-with-hyperviolence pictures like Jeremy Saulnier’s Blue Ruin or the Saulnier-adjacent black comedy I Don’t Feel at Home in this World Anymore. Except, it’s specifically about a community of women competently running things behind the scenes while clueless men bumble about in the foreground, which is not a dynamic I can remember seeing in a post-Coens, Saulnier-adjacent thriller before. It’s an incredibly stylish movie, especially considering the scale of its budget, but it’s also one with a distinct thematic core that distinguishes it within its genre.

The attention-grabbing Greek Chorus device that binds this film together is far from its sole distinguishing feature. It’s just indicative of the stylish, heightened eye the film generally applies to its otherwise familiar thriller beats. The coastal Maine fisheries setting makes violence feel like an everyday part of life in this isolated, unpoliced community. Gutted fish, sharpened boning knives, and rickety harpoons recall the same fishing-town hyperviolence of over-the-top slashers like The Mutilator & I Know What You Did Last Summer – except that the characters navigating that treacherous ground feel like real, fully fleshed-out people. Part of that three-dimensional characterization means that they have a dry, withering sense of humor even in the face of traumatizing brutality. That humor is communicated loud & clear as soon as the first sea shanty, when the lead Greek Chorus member literally winks at the camera with a full Bugs Bunny sense of deviousness. It only gets more nuanced & discomforting as the violence escalates.

Blow the Man Down is frequently brutal & cold, following bone-tired characters as they trudge through the blue hues & white snows of coastal Maine as if they were walking corpses just waiting to be chopped up & shoved into fishing coolers. It’s also a warmly human movie about a silent system of tough, shrewd women, each with their own morbid senses of humor and touches of whimsy. Its Greek Chorus sea shanties device is an excellent attention-grabber and a concise summation of the film’s harsh tonal clashes at large, but it’s not all the film has to offer. It’s only a siren song, luring you to violently crash onto the rocks so the real drama can wash over your wreckage. 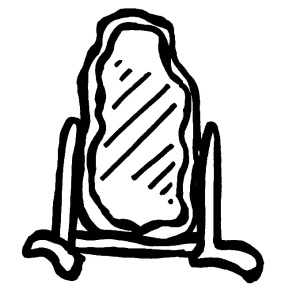 It’s difficult to gauge how wide of an appeal the straight-to-VOD sleeper Marrowbone might hold for a contemporary audience. As an obedient participation in the tropes of the Gothic horror genre as a cinematic tradition, the film starts off with a slight disadvantage in its aesthetic’s commercial appeal. As demonstrated by del Toro’s Crimson Peak, the modern Gothic horror is often dismissed & unacknowledged even when it’s done exactly right, so a much cheaper, small-scale production like Marrowbone doesn’t have much of a chance to make an impression. To make things harder on itself, the film also adopts a distinctly literary, romantic tone that invites more cynical audiences to not take its emotional core seriously, the exact same way the tragically undervalued Never Let Me Go undercut its own potential commercial appeal as a sci-fi genre picture. For fans of the Gothic horror as an onscreen tradition, Marrowbone offers a wonderful corrective to the year’s other major offering in that genre, Winchester (which I’m saying as the only person in the world who got a kick out of Winchester). It’s an oddly romantic, admirably deranged entry into the modern ghost story canon. It’s frustrating for the already-converted to know that the film’s unhinged charms will be met with more shrugs than enthusiasm on the contemporary pop culture landscape, but its choice of genre at least lends it to feeling somewhat timeless, even if not an instant modern hit.

Although it’s set in 1960s small-town America, it’d be understandable to mistake much of Marrowbone for 19th Century Europe. Its haunted house narrative and feral children aesthetic feels like the lore of 1800s peasants, which makes the occasional intrusion of recognizable modernity almost surreal. The most frequent representation of this modernity is a girl-next-door sweetheart played by Anya Taylor-Joy. In her introduction she’s teased to be a kind of woodland witch (appropriately enough), but it turns out she’s just a darling small-town librarian with an A+ 1960s wardrobe. Her calm provincial life is upturned by the arrival of a small English emigrant family (including familiar faces Charlie Heaton, George MacKay, and Mia Goth) who are obviously in the process of escaping a troubled past. This is one of those immigrant stories where American is framed as a cure-all reset button meant to heals old wounds in a battered family’s identity. The past continues to haunt them, though—at first figuratively, then literally in the form of a ghost that stalks the attic of their new home. As the hauntings worsen, the family becomes more reclusive, never leaving the house to venture into town. Only the sweetheart librarian and her petty, jealous suitor have any interest in the goings-on of the cursed home, the family’s mysterious past, and the well-being of the four children who’re left to face their demons alone within that insular space. It does not go well.

Because Marrowbone is so obedient to the tropes & rhythms of a long-familiar genre, most audiences will clue into the answers to its central mysteries long before they’re revealed. However, the details of those mysteries’ circumstances and the effect of their in-the-moment dread carry the movie through a consistently compelling continuation of a Gothic horror tradition. Creepy dolls, cursed money, miniatures, bricked-over doorways, a covered mirror, a menacing ghost, a pet raccoon named Scoundrel: Marrowbone excels in the odd specificity of its individual details and the deranged paths its story pushes to once the protective bubble of its central mystery is loudly popped. There’s also a delicately tragic sense of romance that guides the picture’s overall tone, both in the librarian’s love life and in the children-fending-for-themselves literary imagination. If you’re not especially in love with the atmospheric feel of the Gothic horror genre, these aesthetic details and the film’s bonkers third act might not be enough to carry you beyond the sense that we’ve seen this story told onscreen many times before. The tempered response to both Crimson Peak & Winchester suggest that will be the case for many viewers. More forgiving Gothic horror fans should find plenty of admirable specificity to this particular story, though, the kind of tangible detailing that allows the best ghost stories to stick to the memory despite their decades (if not centuries) of cultural familiarity. It’s a shame that tradition isn’t currently profitable, but we’ll eventually come back around to it as a culture and Marrowbone will still be oddly, wonderfully unhinged in its menacing details. 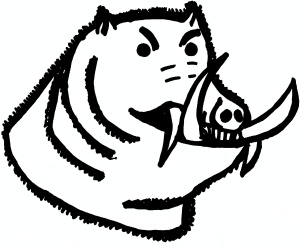 An Australian horror film about a supernaturally enormous wild boar, Razorback should not be worth much more than its value as an 80s creature feature, but there’s something oddly special about it, especially in its visual palette. Although it is by all means a run of the mill horror film, at least narratively speaking, it also excels in monster movie mayhem & dreamlike visual trickery. Its skeezy tale of big city folks from New York being tormented by dangerous, near-feral Outback locals is far from extraordinary in the context of its genre & can often be downright repugnant in its cruelty. Still, Razorback endures as a unique oddity. The true draw of the film, of course, is the titular razorback, a gigantic beast whose remarkably horrific screen presence makes for one of the best cinematic monsters I’ve seen in a good while, but there’s also a much stranger undercurrent of psychedelia backing the boar up with a beyond-ominous atmosphere that helps the film outshine its mundane dedication to the horror tropes of its era.

The wild boar star of Razorback is far from the kind of cinematic swine you’ll find in titles like Babe or Gordy. It’s a disgusting, vile monster of a beast, tearing apart homes & vehicles and snatching up babies & women with wild abandon, his menacing tusks threatening to gore everything in site. There’s a certain amount of typical low budget monster movie concealment that keeps the razorback in the dark, hiding him in shadows or depicting action from a boar cam that captures his POV, but whenever he’s afforded screen time he shines as a grotesque menace. Given the unlikability of most of the film’s local brutes, it’s almost tempting to sympathize with the boar in all of his horrific magnificence. There’s even a scene where the hideous bastard prevents a near-rape, almost shining as an unlikely hero, but that sentiment is severely undercut when he immediately devours the would-be victim.

Even the schlockiest of horror flicks rarely can survive on the strengths of their monsters alone & although Razorback boasts some surprisingly effective creature horror, it’s the movie’s general atmosphere that makes its special. The film has an otherworldly eye for Australian wilderness, illuminating the setting’s wide open landscapes with strangely colored lights, animated skeletons, and humanoid pig faces. Just as a dehydrated traveler would hallucinate in the Australian wild, Razorback‘s visual eye is a horrifically detached-from-reality trip through a dangerous landscape ruled by dangerous reprobates & and ripped apart by a supernaturally dangerous boar that ties the whole thing together in a neat little creature feature package. It’s an alarmingly wild film (especially considering its strict adherence to genre tropes) that’s definitely worth a look next time you want to take a trip into the more sordid, but oddly psychedelic depths of the natural horror genre.