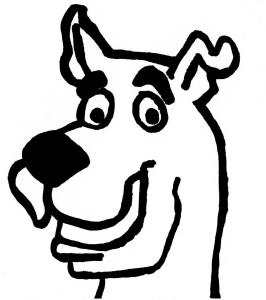 Look out, garbage lovers & overgrown children everywhere. WWE Studios has officially gotten in the business of making cartoons. It’s a brilliant move by all accounts, since professional wrestling itself could be described as a sort of live-action cartoon. The garish costumes, over-the-top personalities, and campy approach to violence should all be familiar to fans of animation and the two worlds have, of course, crossed paths before. Wrestling cartoons have generally been Saturday morning cartoon fodder, with dire projects like Hulk Hogan’s Rock & Wrestling and ¡Mucha Lucha! bringing no discernable level of prestige to the genre. As the WWE is currently in its long-lived, so-called “PG Era” (in which the company intensely markets its content to children) and its movie-making division WWE Studios is churning out more feature-length content than ever before, it’s a beautiful work of synergy that the company has gotten into bed with Hana-Barbera for a few proper straight-to-video animation crossovers.

Last year’s gloriously titled Scooby-Doo! WrestleMania Mystery was the first of the WWE/Hanna-Barbera crossovers. In the film, which is more fun than it should be, the Mystery, Inc. gang is dragged to WrestleMania against their will by the overenthusiastic Shaggy & Scooby. The film sets up an interesting mark/smark divide here, as the characters engage with the product in a variety of different ways. At one end of the spectrum, Shaggy & Scooby are completely obsessed with WWE’s brand of sports entertainment, sinking endless time & energy into the company’s video games and worshiping the talent like living gods. Fred takes an interest in pro-wrestling as a subject for his photography, eager to take some “wicked action shots.” Daphne falls in love with wrestling’s masculine sexuality the second she witnesses a wrestler (John Cena, specifically) removing his shirt. Velma’s all the way on the other end of the mark/smark divide, attempting to engage with the product on a purely intellectual level. She researches the history of the sport in favor of actually losing herself in the matches until the sheer spectacle of the WrestleMania main event wins her over into a little bit of mark territory and she becomes a true fan. To be fair to Velma, it is an especially spectacular main event. John Cena, Kane, Sin Cara, Shaggy & Scooby all join forces to fight a gigantic robotic ghost bear or, as the boys would put it, a “g-g-g-ghost b-b-b-bear”.

The ghost bear is a formidable threat, but nothing too out of the ordinary considering the history of Mystery, Inc. What is out of the ordinary is the sheer amount of pro-wrestling personalities that get involved in the proceedings. In addition to Cena, Kane, and Sin Cara (who get the most screen time), the movie also includes the likes of Triple H, AJ Lee, Brodus Clay, Santino, The Miz, and The Big Show (as well as cameos from Sgt. Slaughter & Jerry “The King” Lawler curiously portrayed as if they were still in their youth). Ringside announcer Michael Cole even gets in on the fun (lamenting the loss of his “favorite” table when Big Show gets smashed through it), as does WWE chairman & CEO Vince McMahon. McMahon is treated like some kind of deity by the boys, who do a “we’re not worthy” Wayne’s World routine at the billionaire’s feet. However, despite McMahon’s idol worship, Sin Cara’s apparent ability to literally fly, “See No Evil” Kane’s portrayal as a true-to-life demon, and AJ Lee’s brute strength that earns her the boys’ fearful concession that she’s “like Kane with lipstick”, no one gets quite as much ego massaging as longtime face of the company John Cena. Cena’s persona as an unstoppable superhuman can get tiresome on a weekly televised basis, but it’s kind of adorable here. He can seduce a beautiful woman with the mere removal of his shirt, conquer Indiana Jones-sized boulders and undead bears with just his hands, and is an instant friend to everyone, because he’s just so gosh darned likeable. It would be sickening if it weren’t so ridiculous. On the raw end of that deal, The Miz is just utterly abused here. His character pops in for some occasional goofball comic relief, which is totally fair all things considered, but looks absolutely nothing like him. Just no resemblance at all to the money-maker. If it weren’t for the sound of his voice or the cartoonish narcissism it would be near impossible to tell it was him.

For fans of either Scooby-Doo or pro-wrestling, the movie should be a fairly easy sell. It’s not a mind-blowing feat of animation, but it is remarkably likeable. In some ways the WWE does glorify itself a bit here, even if it’s tounge-in-cheek. For example, within the story the company has its own fully-functioning WWE City, which features a Mount Rushmore style tribute to the heavyweight championship belt. At the same time, both Hanna-Barbera & WWE poke a good bit of fun at themselves as well. Shaggy jokes that the gang wears the same outfits every day, so they have no need to pack for their trip to WrestleMania and there are also surprising references to WWE City’s environmental impact on the forest surrounding it & more realistically, former wrestlers’ career-ending injuries. The film also features some ridiculous asides like Scooby wrestling mutated junk food in outer space and Sin Cara telling the gang “The Legend of the Bear” through interpretive dance. It’s a very silly, inconsequential movie all in all, so it’s difficult to fault it for any shortcomings. Personally, I look forward to the upcoming WWE/Hanna-Barbera crossovers (which include a Flinstones picture as well as a Scooby-Doo sequel) and hope that they’ll go on at least long enough for a Stardust Meets The Jetsons feature. That’s the dream anyway.