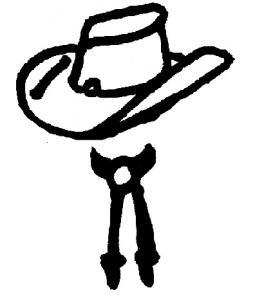 The RedLetterMedia boys launched a new series on their youtube channel last year called Re:View, in which they discuss films that hold a special significance for them. One of the episodes I had overlooked on its original upload was their discussion of True Stories, David Byrne’s 1986 film that he wrote, produced, and directed (unlike Adulterers, this turned out to be a good thing) as well as starred in. It’s a forgotten gem, even among Talking Heads and David Byrne fans, despite being the origin of one of their hits, “Wild Wild Life,” as well as being the first major role for John Goodman and also featuring Spalding Gray and Swoosie Kurtz. I was instantly taken with the idea and searched for the movie online in the hopes of finding a cheap copy of the out of print DVD, only to discover that the Alamo Drafthouse was going to be screening it only a couple of weeks later, as part of its Essential Texas Film series. I bought tickets faster than you can say “this is not my beautiful wife.”

Byrne plays a nameless cowboy who visits the fictional town of Virgil, Texas, an eccentric place full of quirky people, like a woman who is an outrageous liar, another woman who is so rich she never gets out of bed, a conspiracy theorist preacher, and a benevolent tech tycoon who hasn’t spoken to his wife in years. The town is preparing a celebration of specialness (the final syllable is stressed by all those who speak the word) in honor of their sesquicentennial, with such features as a mall fashion show, an unusual parade, a lip-sync competition, and the final, strange performance that one could call a talent show, but probably shouldn’t. If there is a main character other than the drifting cowboy, it’s Lewis (Goodman), a clean room technician at Varicorp, the local tech company that employs most of the people of Virgil. Lewis is a man looking for “matrimony with a capital ‘M’” who loves life, country music, and women, although what he wants more than anything is a wife who will appreciate his “consistent panda bear shape” and odd fashion sense.

The lifeblood of Virgil is its motley assortment of citizens, but the town’s economy is supported by Varicorp, manufacturer of microchips and other gadgets. Earl Culver (Gray) is the CEO and a local civic leader who loves the little town, and supports its growth philosophically as well as financially, and delivers some of the more socially intriguing dialogue in the film. Throughout, various characters provide their different viewpoints on (then) modern life, all of it charmingly endearing and prescient, although some monologues (like Culver’s dinnertime speech about the changing economy as the result of technological development, including the announcement that “there’s no concept of ‘weekends’ anymore!”) have aged better than others (like the Cowboy’s musings on the way that shopping malls have replaced downtowns as the cultural and social center of modern life). Many characters lack proper names, like the Nice Lady, who interrupts the parade of newborn babies to coo and fawn over every one of them but cannot tolerate even the mildest shadow of sadness, rejecting Lewis because of the formless melancholy of the country ballad he’s composing for the Celebration. There’s also the Lying Woman, a notable town figure who claims to have been at the center of the conspiracy to assassinate Kennedy, that she rejected Burt Reynolds despite his obsessive devotion to her, and that she has psychic powers born from having spent so much of her time as a child staring at the her own surgically removed vestigial tail (her mother later sold the oddity to LBJ, who in turn sold it to the Smithsonian for a pretty penny, so she claims).

Many would read this description and feel like the film is predicated upon mocking small towns and the people who live there, but the movie is actually utterly sympathetic to every character that appears on screen, even those who are in conflict with others. Byrne has admitted that the film’s inspiration came from reading tabloids while on the road and imagining a place where all the weirdos from these pages lived in a kind of harmony, which would also lead one to think that there would be a maliciousness in the voyeuristic peeks that we get into the lives of the citizens of this town. But no; life in Virgil has a melody and a magic, and no character is ever made out to be a fool or is treated with anything other than genuine respect by other characters as well as Byrne’s lens. Even ugly and featureless housing developments are gifted with an air of mystery and treated with a gentle tenderness. As the Cowboy drives through one and the camera pans slowly past discarded newspaper billowing in the wind like a tumbleweed across several balding lawns in front of featurelessly utilitarian brown brick homes, he asks “Who’s to say it’s not beautiful?”, and the every member of the audience must admit that, when viewed this way, none of them can make such a claim.

Uproariously funny, effortlessly poignant, and endlessly quotable, True Stories is the true celebration of specialness, a time capsule of unapologetic warmth and unconditional fondness for an oft-disparaged way of life. If you can track down a copy, sink your talons into it and never let it go. Watch the trailer here.