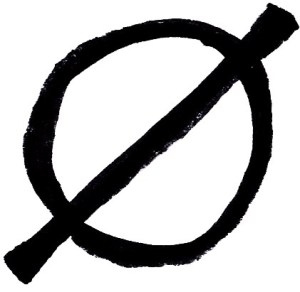 The most frequent complaint about The Zero Theorem, Terry Gilliam’s latest film, is that it’s “more of the same” without adding much more to the conversation. That is to say that it borrows too much form Gilliam’s own oeuvre, specifically the themes & imagery established in two of his biggest works: Brazil & 12 Monkeys. Honestly, I find it hard to fault a director for exploring “more of the same”, when “the same” is such a delicious plethora of weird ideas & images. Gilliam has an absurd talent for making outlandish, mind-melting worlds feel authentically lived-in and The Zero Theorem does not disappoint in that way. The future world portrayed here not only feels reasonable, but almost probable. This is partly because it’s sketched out in small, intimate spaces instead of the grand, sweeping strokes typical to Gilliam’s work. This not only makes the film feel oddly believable; it also helps to fix a problem I usually have with his work: pacing. For me, Terry Gilliam films, despite being impressive & entertaining, tend to feel about 6 hours longer than their actual run times. By narrowing its focus The Zero Theorem is more of an effortless breeze to watch than his usual fare, feeling much more concise in its narrative. It may be “more of the same” visually & thematically, but structurally it’s a much tighter execution than Gilliam’s normal mode.

The world Gilliam builds in The Zero Theorem is overwhelming, but not at all unlikely. Glowing screens dominate the landscape, allowing advertisements to follow humble number cruncher Qohen (Christoph Waltz) to his oppressive office job where he sits before even more screens. Although the imagery is overstuffed with weird machines & high pop art fashion, there’s a lived-in grey grime that covers the surface of The Zero Theorem that makes its vision of the future feel authentic. An especially telling scene shows a house party where all of the celebrants are dancing to their own individual music players, headphones in ears, eyes affixed to the computer tablets in their hands. The isolation of technology & cubicle work is by no means a new concept, but Gilliam pushes it to an extreme here. At first Qohen is on a humble quest to work from home (due to a perceived Joe Vs the Volcano “brain cloud” type disease), but then he finds himself trying to prove that the Universe & life itself are meaningless. As Qohen attempts to make sense of the film’s swirling black holes, weird machines, and futuristic sex work, he proposes that “Nothing adds up.” He’s corrected, “You’ve got it backwards. Everything adds up to nothing.” Ultimately, the film works that way as well. There’s a lot of ideas & themes about romance, technology, corporate dystopia, and the surveillance state floating around The Zero Theorem, threatening to amount to a grand statement about life, love, and nature, but ultimately the film decides that everything means nothing and we are each alone in our plights.

It’s the small-scale implications of The Zero Theorem’s plot that anchor its larger, more philosophical thoughts on the emptiness of everything. Although Qohen is trying to uncover the basic significance of the universe at large, it’s the goings on inside his hermetic abandoned church home that constitute most of the run time. The focus on Qohen’s struggle for self-acceptance, his embarrassing attempts at a love life, and his slavish, Waiting for Godot dedication to a potential incoming phone call provides a steady foundation for the film’s more ludicrous, throwaway concepts like virtual therapy and The Church of Batman the Redeemer. Waltz also does a great job of anchoring the film with a quiet, unassuming performance that’s far from his over-the-top hamming in Tim Burton’s Big Eyes. He leaves that hamming up to relative newcomer Lucas Hedges, who easily steals the back half of the film (which is no small feat, considering that half features a rapping Tilda Swinton).  In a lot of ways The Zero Theorem is more of the same from Terry Gilliam, but its narrowed focus & intimate setting affords it a more concise-feeling execution of ideas & images he’s explored before rather than an exact retread. It’s not the greatest thing he’s ever done, but it’s by no means an inconsequential work either. Instead, it’s another great, intentionally overwhelming film from a director who’s built a storied career full of them.