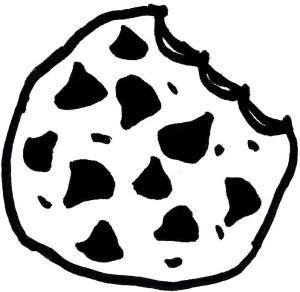 To quell expectations, the film starts with one of the lamest, most unnecessary montages ever. High school English teacher Claire is shown jogging through the park as melodramatic flashbacks of her crumbling marriage and the effect it had on her son Kevin are interspersed at random. Why the filmmakers chose to have a flashback in the first thirty seconds of the film when a few lines of dialogue could have done the same thing is beyond me, but it does establish the film’s “bad Lifetime Movie on steroids” vibe.

This sentiment continues when we are introduced to Claire’s seducer and new neighbor Noah, whose chiseled biceps appear on screen before his face. Handsome and charming, Noah quickly manipulates his way into the family’s inner circle by developing a bizarre, slightly homoerotic friendship with Claire’s asthmatic son Kevin. The two are supposed to be high school age but Noah looks closer to 30. Noah then moves on to seducing Claire by doing hunky things like fixing garage doors and working on cars in a sleeveless shirt. He even reveals his sensitive side (“Ah, poets. Homer, Shakespeare, Byron, Zeppelin, Dylan.”) and proceeds to win Claire over by buying her a first edition copy of The Iliad at a garage sale (huh).

One night, after a really bad date and a few too many glasses of wine, Claire gives in to temptation and lets Noah seduce her. That’s when the real fun begins. After Claire rejects Noah’s further advances, his transformation from hunk to psychopath happens almost instantaneously. What starts with double entendres like “I really love your mother’s cookies” & “It got real wet over here” quickly escalates to full-blown murder. Along the way we are treated to typical movie-psycho behavior: stalking, hacking email accounts, cutting people’s brakes, etc. This all leads to an absurd third act involving arson & eyeballs that approaches the high camp that could have made the film a true cult classic if there were only more of it.

Jennifer Lopez does the best she can with what she’s given but she alone can’t save the movie from coming across like a really crappy rehash of Fatal Attraction. There are lots of unintentionally funny moments, but the film doesn’t truly embrace its own badness until the last twenty minutes. The Boy Next Door isn’t going to be on any critic’s top ten list this year, but for fans of camp it is a trashy, highly entertaining mess.