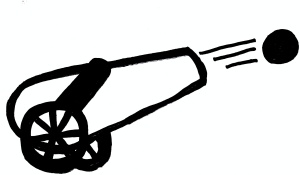 Being introduced to Gene Kelly’s artistry through late-career titles like Xanadu & The Young Girls of Rochefort, I had come to associate him with nostalgic meta commentary on Hollywood past, assuming that he had become an artifact of the era only in the years after his prime. I’ve since learned a couple things about Gene Kelly’s career by returning to the older titles that made him a star. The hit musical Singin’ in the Rain, for instance, taught me that nostalgia for Hollywood’s past had always been an essential aspect of the actor/dancer’s career. As his strengths as a performer have a kind of vaudevillian undercurrent to them, he tends to play performers in his movie roles, giving both an excuse for him to sing & dance directly to the audience and for meta commentary about Hollywood’s past. I feel like I learned an even more important lesson from 1948’s The Pirate, however: not all Gene Kelly movies are good. The Pirate once again features Kelly playing an actor, allowing him to perform directly to the camera and Put On A Show. It even has an open air of nostalgia for the swashbuckling past of stars like Errol Flynn, positioning the film as yet another Gene Kelly Old Hollywood Throwback. What I discovered is that those virtues are not nearly enough on their own to save a sinking ship. The Pirate is garbage so wet & so rotten that not even Gene Kelly’s singing, dancing nostalgia schtick could save it.

I can at least admit that The Pirate‘s failure is anyone but Gene Kelly’s fault. The entire production seemed doomed from the start, going through ten separate creative team re-writes in its journey from romance adventure to movie musical. Kelly himself was freshly returned from the horrors of serving in World War II, but wasn’t even close to the most disruptive or dysfunctional personality on set. Director Vincent Minelli (Liza’s father, naturally) feuded loudly on set with his then-wife Judy Garland, whose erratic total-meltdown behavior extended the shoot from weeks to months in an ever-ballooning expense. The Pirate‘s financial failure has often been blamed on the public not being ready to see Garland transition from her girlish Wizard of Oz roles to the more adult material she’s asked to command here. What’s a lot more likely is that her on-stage nervous breakdown (which eventually led to a suicide attempt & sanitarium hospice) made the film difficult for audiences to stomach as an expression of joy. Garland’s presence in The Pirate mostly amounts to a frantic, pilled-out mess, a tragic culmination of years of personal & professional abuse. Her onscreen rapport with Kelly is more violent yelling than it is passionate yearning and the end result is physically upsetting to behold. That’s not even to mention the casual, pervasive sexism & racism that corrupt the film’s casting & narrative, two scourges that have only made an already unlovable film less appealing over time.

Judy Garland stars as Manuela Alve, a wealthy young Carribbean woman, which had to be one of Hollywood’s all-time worst miscastings. Ignoring the (times-indicative) racism of that whitewashing, Manuela isn’t an inherently awful character. Raised inland on her Carribbean island home, she’s never seen open water & fantasizes about the adventure offered by tales of pirates, which is a tale common to other notable pirate properties like Peter Pan & Curse of the Black Pearl. In particular, she lusts after the infamous pirate Mac the Black DeMarco. This is a source of great frustration to both of her would-be beaus: a smooth-talking actor played by Gene Kelly and a monstrous plantation owner who disgusts her despite, unbeknownst to everyone, actually being Mac the Black in disguise. The discomfort in this scenario is in watching Kelly’s thespian woo Garland’s confused damsel heart away from her pirate-in-disguise betrothed. He hypnotizes her in a pivotal scene, gathering information to sway her heart & eventually convincing her that he himself is Mac the Black. He also pesters her endlessly, infantilizing her with chiding like, “Stepping into the sight of other men is too much of a provocation,” sealing the predatory rapist vibes of his character. To Manuela’s credit, she’s allowed to buck against the actor’s early infantilization, snapping back, “Don’t call me ‘pure soul.’ It irritates me,” asserting that there are “depths of emotion” to “romantic longings” under her “prim exterior.” She is eventually wooed into a relationship built on a lie, however, which works out fine for Gene Kelly’s actor/predator . . . until he has to prove to the authorities that he is, in fact, a singing, dancing, vaudevillian clown and not a cutthroat thief.

There is exactly one scene worth watching in The Pirate. When Manuela first imagines her thespian beau to be a famous pirate, the movie dives into her BDSM fantasy where he wields a giant sword & sings to a big band production while she’s a helpless bunny who has to watch from the sidelines. The song in this scene is not better than any other tune Cole Porter churned out on autopilot for the production, but it’s still worth watching for Manuela’s intensely sexualized vision of a pirate: Gene Kelly in short-shorts. Watching the typically sanitized token of nostalgia show off his muscular gams in a horned up pirate number is a three minute pleasure almost blissful enough to make the wet pile of garbage festering around it worthwhile. Almost. Gene Kelly’s charisma & sexy man-legs are powerful opiates, but not powerful enough to ease the discomfort of The Pirate‘s many apparent flaws: racist casting, sexist dialogue, a near-death Judy Garland, and a god awful set of Cole Porter songs with inanely repetitious lyrics like “Be a clown, be a clown, be a clown” & “Niña, niña, niña” (which he dared rhyme with “schizophreeñia”). Even as a staunch defender of the little-loved Xanadu & a spineless sucker for Technicolor, I couldn’t allow Gene Kelly’s charms overpower The Pirate‘s cultural toxicity & the genuine harm it did to one of his visibly shaken costars. Like many pirate ships in an age old storybooks, this one’s irrevocably cursed.