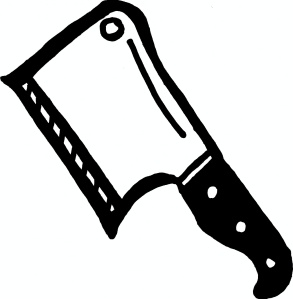 Back when we could still enter one another’s homes freely and without anxiety or rapid testing, a friend loaned me his copy of the Peter Greenaway film Drowning By Numbers. I had never heard of the movie and nodded at the mention of Greenaway’s name because it sounded distantly familiar, although I wasn’t sure why. After returning that one, the same friend then loaned me the director’s more famous work, the title of which I recognized instantly: The Cook, The Thief, His Wife & Her Lover. I’m not sure where I first heard the title, but its immediate association in my mind with Eating Raoul leads me to believe it was probably an essay of Joe Queenan’s that was all about the rise in (spoiler alert) the use of cannibalism as part of its narrative (as inspired by his queasiness upon viewing the contemporary film Alive, about a soccer team eating one another in the mountains after a plane crash).

The Cook, The Thief, His Wife & Her Lover is the story of boorish, abusive, and violent mafioso Albert Spica (Michael Gambon), who purchases the noteworthy French gourmet restaurant La Hollandais, partnering with chef Richard Boarst (Richard Bohringer). Spica’s well-bred wife Georgina (Helen Mirren) is the primary object of his ill temper, and is forced to accompany Spica and his criminal retinue to dine at La Hollandais on a nightly basis, where the population of upper class clientele slowly declines as his loud, bigoted, and crass dinner conversation drives diners away. One of the stalwarts who stays on is Michael (Alan Howard), who always dines alone and reads while doing so, intriguing Georgina and infuriating Spica, who forcefully invites the man to dine with his party even as Micahel and Georgina have struck up a secret affair under his nose, with the assistance of the sympathetic restaurant staff. Ultimately, this is one of those loves which forgets to maintain discretion, and Spica’s cruelty knows no bounds.

This is a gorgeous, sumptuous piece of film-making, dancing lightly between areas of intense green and red saturation, austere white hideaways, and a grey-blue car park. As characters move between these distinct locations within and near the restaurant, so too do the identically colored parts of their costumes, often in what appears to (but could not possibly) be uncut tracking shots. Spending a film’s entire runtime in so few locations could easily trend toward growing tired of the same places, but each place is so thoroughly baroque in its design that it’s an endless feast for the eye. The green-bathed kitchen of the restaurant is, one presumes, deliberately evocative of a backstage, even having an upper catwalk that serves no conceivable purpose. The center of the room is occupied by a great cooking island, but other areas are occupied by a washing station manned by a prepubescent albino soprano (Paul Russell) and a poultry plucking bench where the feathers drift through the air, caught in spotlight like snowflakes frozen in time.

The front of the house is a shocking red, a thoroughly British red of redcoats and the palace guard. It’s here that we spend most of the runtime, as Gambon devours every bit of food and scenery with his interpretation of the “nouveau riche by way of organized crime” vibe, and it’s a sight to behold. It’s almost impossible to overstate just how loathsomely gauche he is from the moment he appears on screen, forcing a man to strip and roll around in dog feces as part of his pre-dinner entertainment. Spica says multiple times that he loves to mix his business with his pleasure, and his business is cruel, inhumane, and loathsome, with his pleasures being all those things again and more. It’s a role that demands the incessant, endless chatter of a man who is completely full of himself, has very precise but malleable and questionable ideas about any and every topic under the sun. He’s thuggish and loud and contemptible, and Gambon’s portrayal fills up the giant dining hall; it’s a possible career best.

Mirren’s performance is one that is more rooted in physicality. She maneuvers and moves her way through the crowded restaurant with the poise and precision of a professional dancer, and Georgina’s wordless exchanges with Michael before they even learn one another’s names are passionate and leave an impact on the audience. Every step she takes is a virtual pirouette as she dodges her oafish husband’s rude demands and questions.

In searching for contemporary criticism of the film, I’ve found that there’s little of it out there, but what does exist appears to have been largely about the film’s use of nudity and brutality, and there sure is a lot of both. The love scenes are clearly simulated, but there are large sections of full frontal from both Georgina and Michael as they embrace one another post-coitally or are forced to hide from Spica in a walk-in freezer and escape in the back of a truck full of rotten protein. As for the brutality, well, I did mention that there’s forced cannibalism, which isn’t even the most horrifying thing to happen on screen, which also includes a man being tortured to death by being force-fed pages from a book, Spica forcing himself on Georgina while a child watches, and a woman being stabbed in the face with a fork. Notably, one of these actions is performed by Tim Roth as one of Spica’s goons, which does seem to mean that Roth never had a real chance to be the hero in anything, did he? Alex Kingston also appears in one of her earliest roles as Adele, the restaurant’s waitress, and she looks amazing.

This isn’t a movie that’s going to be for everyone. Wikipedia’s opening synopsis describes the film as a “crime drama,” which I suppose could be technically accurate but is wrong in every way that matters. This is a tragic story, about a woman who finds love with a kind man despite being a captive of her monstrous husband, but who loses said lover when her husband finds out. There is crime, and there is drama, but it’s not really about either of those two things. It’s a simple, quiet story about love in the wrong place at the wrong time, against the backdrop of an endless vulgar diatribe that takes up all the room. It’s a technical and technicolor marvel. If that sounds like your cup of tea, track this one down. 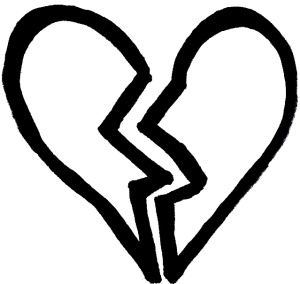 As we’ve been working our way through Claude Autant-Lara’s set of romantic dramas produced during WWII in German-occupied France, the films have been understandably light in tone & effect. Autant-Lara seemed to be intentionally staging escapist fantasies during this era, providing an entertainment release valve for people who could use relief from the grim world outside. Although they’re both handsomely crafted, The Marriage of Chiffon is at heart a whimsical romcom about a teenage prankster and Lettres d’Amour functions as a political farce that climaxes with a You Got Served-style dance battle. Odette Joyeux is an adorable joy to watch in both instances, playing half her age as a merry teenager who disrupts social order in her anarchic pursuance of young romance. That’s why the third film in the series, Douce, is such a punch in the gut. There are certainly touches of escapist romance & mood-lightening comedy present in the film, but overall it operates more as a tragic, grim drama that deploys Joyeux’s apparent youthful innocence for a much more devastating effect.

Joyeux stars as a wealthy Parisian brat in Belle Époque France who risks the lives of her home’s working-class employees out of teenage boredom & romantic longing. Her governess is torn between the romantic intentions of her father & the man who works the stables, as Joyeux looks on in jealousy. The governess is at risk with either beau she chooses to entertain. The stable worker has a secretive extramarital past with her that precedes their employment in the house, which he threatens to expose at her refusal of his affections. The father, in turn, is asking her to marry outside her class at a time when those divisions were aggressively policed, both socially & legally. The real danger, however, is presented by Joyeux as the titular Douce, whose secret crush on the stableman & protective touchiness over her widower father puts the governess at great risk of losing her job & home, despite being pursued by these men through no fault of her own. Douce’s girlish romantic fantasies & petty jealousies turn an already precarious situation into an inevitable tragedy. She’s still as adorably youthful as always, but here in a context where that naivety is deadly dangerous.

That’s not to say there’s no escapist entertainment to be found in Douce. The film is set during the sentimentality-prone season of Christmastime, even opening with a snow-covered miniature of Paris to set the mood (including a mid-construction model of the Eiffel Tower in the foreground), as if the entire drama unfolds in a snow globe. There’s also consistent comedy to be found with Douce’s eternally grumpy grandmother, who polices the house’s class divisions with the incredulous self-bemusement of Maggie Smith’s Dowager Countess in Downton Abbey. For the most part, however, the film’s love triangle conflict is played for emotional devastation rather than socially anarchic laughs or romantic fantasy. That more dramatic intent is best evidenced by the film’s conclusion at a ballet performance that erupts into lethal, fiery chaos in a massive set piece counterbalance to the opening’s miniature. It’s a far cry from the hilarity of Lettres d’Amour’s climactic dance battle, one that is made all the more devastating when considered in contrast with the lighter fare Autant-Lara had established a pattern of delivering in the era. When considered as a part of a set, it’s a total tonal sucker punch.

Of course, comedy & romance aren’t the only modes of escapist entertainment; they’re just the most easily effective. Whenever I’m in a grim mood myself, I tend to seek out art that reflects & deepens that emotional state, so I can see how some audiences at the time could find escapist pleasure in sinking into someone else’s tragedy for the length of a film to distract from the grim realities of German wartime occupation outside the theater. The widower father suffers from an amputated leg as a result of a past war’s wound, but most of the film dwells in the sentimentality of Christmas and the high emotional stakes of unrequited love in a way that feels entirely divorced from the concerns of war. If all the films in this set are meant to be understood as escapist entertainment, Douce is one meant to satisfy the most morbid of Parisians, ones who’d prefer a weepie over a farce. It’s just as handsomely staged & playful as Autant-Lara’s other German-occupation romances, but its overall effect is exceptionally grim for that context.