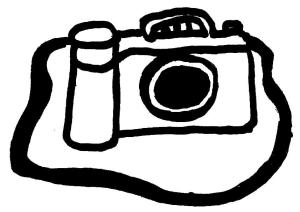 It’s impossible to fully capture the spirit of contemporary life while we’re living it; that’s something that requires temporal & academic distance to convincingly achieve. Photographer/documentarian Lauren Greenfield is aware of this limitation, finding more academic value in her early work the further she gets away from it, but she’s also unsatisfied with setting that ambition aside. In Generation Wealth, Greenfield attempts to recontextualize nearly three decades of her photography & anthropological study of modern Western culture into a concise diagnosis on the ills of the Hellish world we currently occupy. She seeks to damn the greed & absurdity of excessive wealth, to examine her dual responsibilities as an artist & a mother, to establish a new field of study in pop culture anthropology, and to offer a moralistic solution to all of modern society’s ills – all in 106 minutes of D.I.Y. documentary filmmaking. Naturally, some of these ambitions are more successfully satisfied than others. Generation Wealth is always more enjoyable when it’s exposing the absurdities of immense wealth with anthropological distancing than it is when it indulges in moralistic finger-wagging about family values & the commodification of sex. Even when it’s stumbling through the details, however, the movie as a whole is immensely impressive for daring to examine contemporary culture in its entirety while it’s still happening. It makes a compelling case for why it’s important to do this work now instead of waiting until these times are in the rearview; it feels as if the world is ending around us and hindsight might not be something we will be afforded once it’s over.

Greenfield got her start as a big-name artist documenting youth culture in early 90s Los Angeles. Because of the tech & entertainment industry circles that comprise most of L.A., the kids who run those stomping grounds are obsessed with status symbols that portray immense wealth to their peers; they’re essentially playing rich. As her professional photo-journalist assignments have since dragged her all over the world in the last two decades, she’s noticed this behavior spreading to other cultures, even in the face of global economic collapse. As the gap between classes widens to extremes, modern culture has become obsessed with appearing wealthy as a kind of social performance, with no substantive foundation to make that illusion credible. Doom & gloom economists are called on to compare the most lavish expressions of false-wealth – child beauty pageants, rap video excess, reality TV celebrity, plastic surgery for dogs – to the early signifiers of the fall of Rome. The audience is warned, “Societies accrue their greatest wealth at the instance the face death” while surreal images of the world’s nouveau elite clash with factoids about modern culture’s financial unsustainability. It’s in this diagnosis of a society that’s sick with wealth-obsession that Greenfield is most convincing, especially since she has been gathering concrete, photographic evidence of those ills her entire professional career. Where Generation Wealth becomes less credible (and occasionally even infuriating) is when Greenfield prescribes back-to-basics, old-fashioned (and often sex-negative) “simple living” as the antidote without also acknowledging the way that façade of down-to-Earth “authenticity” is also something purchased & sold by the financially “comfortable.”

Much like with the act of studying a cultural moment in motion without the benefit of temporal distance, Greenfield is too close to the subject to see how back-to-basics, rustic authenticity is just another Late-Stage Capitalism product, another empty absurdity among many. Generation Wealth would likely be a stronger project overall if it skipped offering a solution to the false-wealth problem entirely, only sticking to the initial doom & gloom diagnosis. That’s because, by design, this is an incomplete project, as this modern cultural moment has not yet reached its natural conclusion. Greenfield’s work as a photographer & a documentarian is still in progress. Generation Wealth is ultimately a mid-career artist’s statement, offering an art gallery slide show of Greenfield’s surrealist images of a culture in crisis (which alone makes the film worth seeing on the big screen). Attempting to tidily wrap up that narrative before it’s seen itself through in the real world is admirably ambitious, but a flawed effort from the outset. We won’t understand the full scope of Greenfield’s documentation of a culture in decline until the whole thing collapses, meaning this film’s inevitable sequel or revision is likely to surpass it in artistic merits. That is, presuming filmmaking is still even a viable practice when that time comes. As Generation Wealth indicates, the future is terrifyingly uncertain.