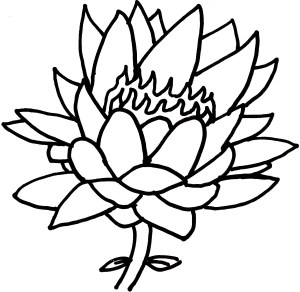 It’s been over a hundred years since turn-of-the-century author Frances Hodgson Burnett was a hip, happening commodity on the children’s literature circuit, but her work’s been perpetually floating around the cultural zeitgeist ever since. That’s mostly due to the ongoing popularity of Burnett’s 1911 novel The Secret Garden, which is constantly being adapted for stage, television, and silver screen for each new generation of young audiences. Just last year, a big-budget reworking of The Secret Garden passed through theaters like a fart in the wind, unnoticed by most audiences despite the source material’s apparently evergreen popularity. I didn’t bother with the 2020 version of The Secret Garden, mostly because the gaudy CGI & overbearing orchestral swells of the trailers looked like they were adding way too many bells & whistles to a story mostly loved for its sweetness in simplicity. Had the movie been a proper hit (something it never had a chance to accomplish, if not only due to the COVID pandemic’s across-the-board-kneecapping of theatrical distribution), it would not have surprised me that its CG Magic additions to the story were welcoming to a younger generation of kids who are used to that digital patina. For me, the latest Secret Garden movie’s release mostly served as a reminder that Burnett’s novels had another, earlier Cultural Moment when I was a kid, something I can’t help but regard as their best era of adaptation to date.

Way back in the ancient days of the mid-1990s there were two wonderful, beloved adaptations of Frances Hodgson Burnett’s most popular novels, both shot by A-list cinematographers. Of course, the decade saw just as many forgotten, mediocre film & television versions of The Secret Garden, A Little Princess, and Little Lord Fauntleroy as any other era in popular media, but there were two exceptional films that stood out among the dreck. The first (and most substantial) of the pair is 1993’s adaptation of The Secret Garden, directed by Agnieszka Holland and shot by industry legend Roger Deakins. Half a G-rated Gothic horror about haunted, lonely children and half gorgeous Technicolor nature footage, the 1993 Secret Garden is a tender, incredibly patient children’s classic that I should have caught up with sooner. Where the treacly, desperately whimsical trailers for the 2020 Secret Garden push the delicate magic of the source material past its breaking point, Holland’s interpretation is interested in the more cinematic magic of Mood. The protagonist is a “queer, unresponsive little thing,” a prideful young orphan known to her lower-class bunkmates as “Mary Quite Contrary.” Displaced from a life with servants & extravagant parties to a spooky mansion haunted by her depressive, reclusive uncle who can’t stand the sight of her, she’s a child who’s proud of her prickly, don’t-even-fucking-look-at-me exterior. The magic of the film is subtle, represented mostly in her environment’s transformation from a dark, moody estate with possible ghosts lurking in the shadows to a sunshiny, springtime garden that she collaborates on restoring with the fellow lonely children she meets in & around the surrounding moors. Watching her guarded personality bloom into openness & empathy along with time-elapsed photography of the blooming, lush garden as she makes her first genuine friends is beautifully, genuinely magical, something the film is confident in highlighting without much in the way of special effects – computerized or otherwise.

The 1995 adaptation of A Little Princess—directed by Alfonso Cuarón and shot by Emmanuel Lubezki—admittedly does indulge in some shockingly cheap, overstepping CGI, but it at least sequesters those images within its story-time fantasy sequences. The set-up of the story is much the same as The Secret Garden, with a once-wealthy British child being knocked down the ladder of class once she is orphaned, now forced to work as a servant at her boarding school or face a destitute life of homelessness. This is a film I actually remember seeing as a kid; it was Baby’s First Cuarón in fact, something I did not at all connect to my high school-love of Y Tu Mamá También until decades later. It follows a much more traditional, familiar fairy tale premise for a kids’ movie than The Secret Garden, but it still squeezes in some gorgeously artificial illustrations of The Ramayana (told as bedtime stories at the boarding school), with Lubezki doing his best possible precursor to The Fall, give or take some ill-advised mid-90s CGI. Outside those bedtime story fantasies, the real magic of A Little Princess is still fairly subtle & unstrained. Its thesis is that “All girls are princesses”, whether they’re a spoiled boarding school brat or the orphaned peasant who mops the floors and serves them breakfast. I can’t claim that the movie matches or exceeds the heights of Cuarón’s later, more critically lauded works, but that “Everyone’s a princess” sentiment clashes against the horrors of labor exploitation the protagonist stuffers in a way that really left an impression on me as a kid; the Ramayana fantasy sequences only underline the magic of that much more grounded, “realistic” frame story. The only glaring faults of the film is that the Ramayana demons should have been rendered in traditional stop-motion animation and the unavoidable fact that 1993’s The Secret Garden is by far the better film.

Since I haven’t seen the 2020 The Secret Garden and I’m only contrasting these films against its trailers, I can’t make any objective claims about their superiority as works of art. The two major 1990s adaptations of Burnett’s novels did make a lasting impression on the generation who grew up with them, though, whereas the most recent film seems to have been an instantly forgotten blip. In fact, most adaptations of Burnett’s work appear to be routine, disposable, going-though-the-motions children’s media tedium, which makes those two 90s films stand out as an exception to the rule. At the very least, they’re both commendable for the subtle, controlled way they accentuate the magic & the beauty of Burnett’s novels, which is a funny thing to be able to say about two films where children live in fairy tale castles and communicate with animals. It’s apparently very easy to cheapen & deflate that magic if you desperately push it to the forefront instead allowing it to quietly bloom.