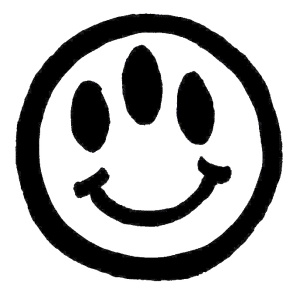 Sometimes, your heroes let you down. And sometimes, you’re not really “let down” per se, and the person’s not really a hero, he just directed some of the most formative films of your childhood. Ivan Reitman has made a lot of films, from the classic (Ghostbusters, Stripes) to the mediocre (Ghostbusters II, Twins) to the well received but essentially forgotten (Dave, Legal Eagles) to the infamously bizarre (Junior) to the simply infamous (Six Days, Seven Nights) and the simply bad (My Super Ex-Girlfriend), and even a personal favorite (Kindergarten Cop). But the truth is, as he has aged, he hasn’t grown much or matured, and nowhere it that more evident than in the 2001 flop Evolution. It’s a piece of shit.

Starring David Duchovny as Dr. Ira Kane, a disgraced former military scientist reduced to teaching biology at an Arizona community college, Evolution concerns the arrival of a meteor bearing life forms which rapidly evolve from blue ooze to worms before branching out into monstrous versions of seals, dragons, primates, and such strange beings as carnivorous trees and giant insects. His best friend is Harry Block: professor of geology, women’s volleyball coach, and deliverer of painful one-liners. They arrive at the location of the meteor crash, bluff their way into taking over the site from the local police, and meet Wayne (Seann William Scott), a firefighting cadet whose car was destroyed by the falling space rock. Of course, then the real military shows up, led by General Woodman (Ted “Buffalo Bill” Levine), with scientific advisor Dr. Alison Reed (Julianne Moore). There’s rivalry between the two groups, revelations about Kane’s past failures that resulted in his discharge, and romance! It’s terrible!

Outside of Christian propaganda, I have never in my life seen a movie that was so out of touch with its era and so obviously trapped within the sensibilities of the past. This movie is so sexist and gross, y’all. When it first surfaces, one’s initial reaction is to kind of laugh at it in how dated it is. Like: Reed’s a lady doctor, but she has to be a fucking klutz so she doesn’t come off as threatening to the fragile male audience and their avatar Kane (supposedly this was Moore’s idea, but that smells of the shit of the bull to me). Block and Kane meet her for the first time, with little interaction at all, and then Block spends the rest of the movie egging Kane on to just hit that already, sometimes in non-consecutive scenes that do not feature her appearing between them at all. She’s even subjected to listening to Kane describe her over the radio as a frigid bitch in an overlong monologue as her male colleagues stand around and laugh and make faces at each other like, “He’s right though, eh?” That’s not even getting into the appearance of poor Sarah Silverman acting as Kane’s ex-girlfriend (she’s ten years younger) in a diner where Kane belittles her in front of her new boyfriend about the shirts she never returned (haha?) that is essentially an excuse for Silverman to have to take her top off in a restaurant. And let’s not forget Block’s student Nadine, a woman whose only goal is to pass Geology so that she can get into her nursing program, not because she wants to help people but because appearing to want to help people will give her an edge in some beauty pageant, or the suburban women who find a monster in a pantry and want to make it a pet. Women, am I right? It’s unbelievable how mean-spirited the whole thing feels.

I can’t remember the first essay or article that first brought the underlying pro-Reaganomics anti-government themes of Ghostbusters to my attention; it’s been repeated and bandied about the internet for so long that it would be impossible to track down the originator of that reading (I’d wager it was someone over at Cracked though). But once you see it, you can’t unsee it. For the uninitiated: Ghostbusters can be read as a pro-capitalist text in which Our Heroes™ are underdogs providing a necessary service to the people of New York and collecting a fee, but the incompetent government (manifested in the goon from the EPA) won’t stop trying to keep the working man down. Also, Venkman won’t stop trying to get Dana to sleep with him, despite her repeatedly saying “no.” All of this is true, but Ghostbusters is also funny and of its time, two claims that cannot be made in defense of Evolution. Not to mention that in spite of Ghostbusters‘s contemporary mixture of misogyny and masculinity, it also had Janine, whose no-nonsense attitude served to counterbalance the boys club that she was surrounded by.

That same disdain for government is on full display here. This movie came out in the summer of 2001, making it not only probably one of the last American films to feature the military without alluding to the War on Terror but also the last American film to show the military as being full of incompetent blowhards (at least until that became one of the narratives of the War in Iraq). Every level of organized government in this film is full to brimming with nincompoops with itchy trigger fingers, from the judge who supports the ousting of Block and Kane from the meteor site, to Woodman and his cronies, to the local police, to the governor of Arizona (played by Dan Aykroyd, who had a line in Ghostbusters mocking the world of public academia in comparison to the “private sector,” which is echoed in Evolution when Reed gives up her posting with the Army to join Kane’s ragtag group of misfits citing that she “always knew the real money was in the private sector anyway”).

The jokes on display here are just so old and out of date, not just for 2018, but for 2001. Poor Orlando Jones has is anally invaded by one of the creatures and it has to be extracted using a scary-looking tool. This is a pretty good example of the level of comedy in this movie.

Doctor: It’s moving too fast! There’s no time for lubricant!

Honestly, this movie is garbage. As with Ghostbusters, this film could have gotten some slack if it were funny, but it’s just so painful. A flying alien dragon monster ends up in a mall, where Seann William Scott sings off-key at a convenient mic stand to lure it back. Orlando Jones goes up a giant life form’s anus in a “clever” payoff to one burrowing up his own ass earlier in the film. Toward the end of the movie, Reed tells Kane that she’s going to “Rock [his] world” once this is all over, and Moore has this look on her face like she just realized that no paycheck in the world was worth the humiliation of being in this throwback. This one’s on Amazon Prime, but you’re better off just watching Ghostbusters. Or Kindergarten Cop. 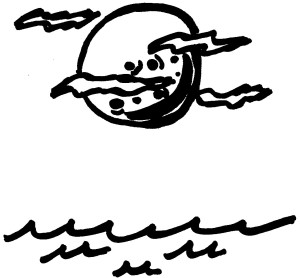 The French sci-fi horror Evolution is too deliberately mysterious & quietly still to appeal to a wide audience. If I had to boil my take on the film down to a single adjective it’d be “stubborn.” Evolution presents a cold, discomforting world in which children are put in danger for a supernatural purpose, a circumstance the film has no interest in explaining, only for the camera to quietly, clinically stare at their unlikely predicament. Anyone who might have complained that the obscured, supernatural terrors of 2016’s flagship horror breakout The Witch were too loosely defined & uneager to entertain would cry themselves to sleep watching what director Lucile Hadžihalilović has carefully constructed here. For anyone with a little patience in the way they approach densely puzzling horror cinema with unconventional payoffs, however, it’s an eerie submersion in a stubbornly confounding nightmare, a rare kind of disorientation that’s entirely unfamiliar to the world we live in.

Evolution is a sort of menacing fairy tale about a small island of adult women caring for & grooming young boys for a mysterious purpose. One of the boys slowly gets wise that this false paradise isn’t what it seems to be on the surface. It’s a conspiracy theory ignited by the discovery of a dead body with a starfish attached to its belly and the growing suspicion that the woman who feeds & houses him isn’t actually his mother. Much like the audience, this young child-in-peril protagonist never gets clear answers on what exactly is happening in this nightmare realm of vague menace. What follows is a dreamlike body horror that touches on pregnancy anxiety, Body Snatchers paranoia, and the psychedelic nature imagery of Phase IV slowed down to a glacial whisper. Evolution‘s poorly lit operation rooms, endless stacks of specimen jars, and religious reverence for starfish imagery amount to a strangely abstracted art piece, one with an unnerving refusal to provide easy answers for the questions its imagery raises.

Outside the weightless underwater voids of the film’s starfish habitats, Evolution is largely an exercise in clinical stillness. The film effortlessly crafts memorably horrifying imagery at every turn, but stubbornly lingers on each visual achievement for an uncomfortably long time. As an art piece it’s begging to be dissected & rearranged for a fan edit music video (a couple on-the-nose suggestions might be a down-tempo cover of Bikini Kill’s “Star Bellied Boy” or a trip hop remix of a song from the animated version of Dr. Suess’s “The Sneetches”). As a film, it’s a strange experience, one that’s consistently fascinating, but also deliberately unsatisfying in a conventional sense. I’m not sure I could heartily recommend Evolution to the world at large, because it requires an open & patient kind of temperament not all audiences can command. If you’re in the right mood for this kind of open-ended obfuscation, though, its low-key pleasures can be downright haunting in a strikingly beautiful way.