For this lagniappe episode of the podcast, Boomer, Brandon, and Alli discuss the children’s fantasy film The Secret of Roan Inish (1994), a gently magical folktale about selkies from director John Sayles. 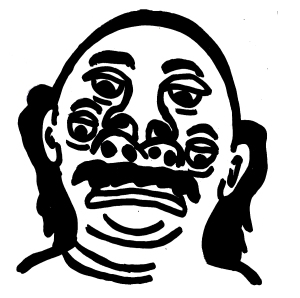 There’s a tricky balance between patience & expectation in recommending the historical curio Viy (aka Spirit of Evil) to the uninitiated. This is a one-of-a-kind cinematic artifact that concludes with what has to be one of the most gorgeous scares in the history of its artform. I’m already getting ahead of myself in overhyping it, though, as that glorious delayed payoff is a mere five-minute stretch of the film’s (mercifully brief) 77min runtime. There’s an early sequence that promises witchcraft & devilry for audiences patient enough to await its arrival, but much of the film is a slow, lightly comedic build to that final spectacle. I can only report that the witchy, demonic climax is well worth the wait, and that the movie would still be worth your attention even if it weren’t – due to its cultural significance as an early Soviet horror.

Cited as the first horror film produced in the Soviet Union, Viy feels like it’s gleefully getting away with something even when it’s pretending to be well-behaved. In the same era when Serious Artists like Andrei Tarkovsky struggled to express their religious beliefs onscreen under Soviet censorship, Viy sidesteps those restrictions by passing itself off as “a folk tale.” Adapted from the eponymous Nikolai Gogol text (which also inspired Mario Bava’s cult classic Black Sunday), it follows the story of young priests in training who very much believe in God, witches, and The Devil – with forbidden Christian iconography often decorating the sets they occupy. The mood is kept exceedingly light, though, as the bumbling would-be priests are basically frat boy buffoons on Spring Break who meet their end at the hands of a powerful witch. Despite the severity of its political & religious transgressions, this is essentially a horror comedy – with a comedic score keeping the mood light throughout (except at it blissfully chaotic climax).

While drunkenly enjoying a rowdy break from his studies in town, a young priest-in-training catches the lustful eye of a horny old witch. Unamused by her sexual advances, he beats her to death with a stone – a grotesquely outsized reaction to her enchantment. As retribution, the witch poses as the beautiful corpse of a local townie, insisting before her “death” that the very priest who bludgeoned her be summoned to pray for her soul over three consecutive nights. In classic fairy tale fashion, her menacing revenge on the idiot priest gradually escalates over those three nights—eventually reaching an intense supernatural crescendo during the final prayer session. The priest continually tries to weasel his way out of his responsibility to pray over the corpse (and, more to the point, to pay for his crime of drunkenly assaulting a witch), but his doomed fate is sealed as soon as the request is made. He gets his just desserts on that third night in a spectacularly satisfying act of supernatural revenge.

Viy’s value as a Soviet Era artifact is not going to interest every horror nerd. It’s a niche territory that’s only made more challenging by its shoddy English vocal dub, which plays like a book-on-tape translation where a single performer voices every character. If its historical context interests you, though (and if you generally have the patience for delayed payoffs to moody, atmospheric builds) the film is well worth the effort to reach its delirious haunted-house climax. The five-minute stretch that makes good on its long-teased witchcraft & devilry—boosted by an importation of Silent Era special effects into a 1960s filmmaking aesthetic—will leave an intense impression on your psyche that overpowers any minor qualms with its build-up. This is a quick, oddly lighthearted folk-horror curio with a fascinating historical context and an eagerness to wow the audience in its tension-relieving climax. That’s more than enough to melt my own horror-hungry heart, but your own mileage may vary.