Band Aid is one of those intimate indie comedies that are easy to advertise in trailers as Sundance-flavored quirk fests packed with cutesy flights of whimsy, but deliver something much darker & more painfully honest once they get butts in seats. The last time I watched a film this tonally contrary to the light-hearted romcom romp it was advertised to be was last year’s Joshy: a darkly funny, yet emotionally devastating reflection on themes like grief, addiction, repression, and suicide. Band Aid similarly sweeps genuine emotional trauma under the rug until it can no longer be ignored, but sweetens its bitter medicine with even more of a quirk-friendly premise than Joshy‘s rogue bachelor party shenanigans: the formation of a novelty punk band. The film offers the same exciting swell of watching a fresh musical collaboration come together that was such a joy in last year’s Sing Street, except with a lot more focus on the stop & start failures necessary to make that magic work and a constant Who’s Afraid of Virginia Woolf? mode of bickering romantic cruelty that consistently sours the mood. It’s much more of a personal, slyly devastating work of deep hurt & genuine pain than its quirk-focused advertising (understandably) makes it out to be, a kind of tonal sucker punch that arrives early & often enough to feel like an outright pummeling.

Writer, producer, and first time director Zoe Lister-Jones stars as a failed author & moderately successful Uber driver who’s stuck drifting through a joyless haze. Painfully conscious of her peers’ seemingly successful marriages & constantly bickering with her lazy stoner husband (Adam Pally, who was also in Joshy), she suffers every slight to her confidence, her independence, and her social status as a motherless wife as if it were a violent stab to the heart. Being around friends’ children seems especially painful for her, an anxiety she barely keeps at bay with the help of marijuana & old-fashioned emotional suppression. Couples’ counseling is not working. She seems to be stuck reliving the same fights with her husband over menial bullshit like doing the dishes & not having enough sex while more drastic elephant-in-the-room issues are allowed to fester, unspoken. While stoned at a friend’s kid’s birthday party & avoiding questions like, “When are you guys gonna make one of these things?” from cultish parents her age, she finally rediscovers the one healthy way she can still interact & collaborate with her husband without bickering & wanting to die: art. Music, specifically. As an act of self-actualized therapy, the couple decide to start a band (with the help of their wide-eyed creep of a neighbor, played by Fred Armisen) and turn all of the topics of their daily bickering into playful punk songs. Things get much better from there . . . for a while.

One of the most rewarding aspects of Band Aid is that it doesn’t allow for easy answers in what’s clearly an emotionally complex situation. At first it appears as if the couple’s cheeky songs about diminished sex drives & unwashed dishes are going to magically fix all of their deep-seated emotional pain in a convenient, only-in-movies release of pressure. That infectious spirit of creating art together eventually crumbles, though, and when they inevitably end up fighting again it’s over something much more significant & severe and they go about it in a much crueller way. But that’s okay. This is a film much less about mending a broken relationship than it is about embracing your right to fail. Bands, marriages, and all other kinds of intimate partnerships are difficult collaborations to negotiate, ones where successes can be less frequent than the failures necessary to make them possible. Band Aid is a film about that interpersonal push & pull just as much as it is about internal grief & despair.

Zoe Lister-Jones was not only ambitious in imprinting her auteurist personality in nearly all levels of production on her first feature as a director; she also set out to experiment with the general gender dynamics of a typical film production, indie or otherwise. Band Aid boasts an all-woman crew behind the camera, which has to be some kind of a rarity in film. Although gender dynamics is certainly high on the list of subjects tackled by Band Aid, I’m not sure you can clearly detect a tonal difference in the effect that atypical crew has on the final product. It is an idea worth celebrating & exploring, though, and it’s likely only Lister-Jones herself would be able to fully articulate the difference that dynamic made on bringing her script to life. There’s an undeniable omnipresence of the director’s personal voice throughout the work, not only because she plays the main character & sings all of her on her own songs. Dark humor about ISIS, Nazis, and mental disability offset a lot of the film’s potential twee whimsy. Its focus on the failures inherent to art & romance feels so much more relatably human it should in a film with this kind of a comedic premise. I guess it’d be easy to dismiss Band Aid as the quirky romcom it’s advertised to be if you only engage with its novelty songs & scenes of Armisen doing his usual post-Andy Kaufman schtick, but the film is so much more honest & nakedly sincere than that. It’s an impressively vulnerable work that often transcends its financial means and recognizable genre tropes by exposing an obviously raw nerve, then repeatedly attacking it with joking song lyrics & power chords. If nothing else, I very much respect it for that emotional ambition alone. 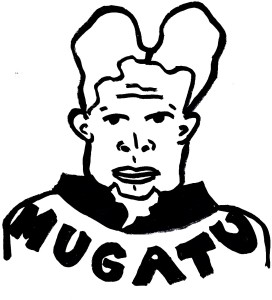 It’s been fifteen years since the release of the original Zoolander, which seems like an awfully long stretch of time before deciding the world needs a sequel. A lot has happened since 2001, including (perhaps least importantly) a major turnaround on Ben Stiller’s fashion world comedy’s cultural cache. Zoolander suffered mixed-to-negative reviews upon its initial release, but has since grown a strong cult following that seems too large to even consider “cult” at this point. I even remember personally going into the theater prepared to hate Zoolander‘s guts as a grumpy teenager & being wholeheartedly won over as soon as the explosive Wham!-soundtracked gas station gag in the first act. The funny thing about Zoolander‘s fifteen-years-late sequel is that it’s on the exact same trajectory for long-term cultural success as the first film. The reviews are dire. The box office numbers are hardly any better. However, the dirty little secret is that Zoolander 2, while being nowhere near as perfectly inane as its predecessor, is actually a damn fun time at the movies. Nowhere near every joke lands in the film, but it’s smart to flood you with enough impossibly idiotic humor that you’re bound to laugh at something, maybe even more often than you’d expect.

In order to justify its own existence, Zoolander 2 has to undo a lot of the happy ending denouement of the original. Former male models/makeshift political intrigue heavies Derek Zoolander (Ben Stiller) & Hansel (Owen Wilson) must again start from the bottom. Hansel has been horrifically scarred & is experiencing growing pains with his in-effect wife, an orgy of weirdos. Derek’s own wife has passed away due to his own failures as a businessman & custody of his son has been revoked by the state due to his total lack of parenting skills in areas as basic as “how to make spaghetti soft”. In order to reclaim their estranged familial relationships & earn back their rightful place on top of the fashion world, Hansel & Derek have to repair their irrevocably broken friendship, putting aside the narcissism that plagues them both so deeply. Obviously, the plot doesn’t matter too much in a comedy as aggressively vapid as this, but I do think there’s something oddly sweet about Zoolander 2‘s central bromance that wasn’t nearly as fully realized in the first film. Derek & Hans really do need each other. They’re entirely codependent in their joint efforts to understand a world that doesn’t make sense to their tiny, uncomprehending minds. It’s a fascinating, even touching companionship even if it is an assertively brainless one.

Zoolander 2 does have an Achilles heel, but it’s not exactly the first place you’d expect. The film sidesteps most concerns about being late to the table in terms of following up its original iteration by making the outdated, past-their-prime cultural irrelevance of the its protagonists a major plot point. The redundancy of a second film following the same protagonists as they transition from male modeling to a life in political intrigue is also avoided by adding concerns about familial bonds and, absurdly enough, radical Biblical interpretations & quests for immortality into the mix. Where the film gets a little exasperating is in its never ending list of cameos & bit roles. Even in the film’s trailer swapping an appearance by David Bowie for the much lesser musical being/tabloid fixture Justin Beiber felt like a weak trade-off (although Bieber is actually far from the worst cameo on deck; his time is brief & fairly amusing). The film is overstuffed with both celebrity cameos & SNL vets dropping in for a dumb joke or two. Will Ferrell was a welcome return as the impossibly wicked megalomaniac Mugatu, Penélope Cruz was charming (not to mention breathtakingly gorgeous) as a secret agent for INTERPOL’s fashion division, and current SNL cast member Kyle Mooney proved himself to be a stealth MVP as a double-talking sleazebag hipster piece of shit who’s ironically stuck in the nu metal 00s (an archetype he always nails without fail). These are just a few faces in a sea of many, though, and the nonstop torrent of names like Kristen Wiig, Willie Nelson, Fred Armisen, Katy Perry, and whoever else felt like walking through the film’s perpetually open door did little for Zoolander 2 except to make it feel a little sloppy & out of control.

There were thing I loved about Zoolander 2 & things I easily could’ve done without. The film’s Looney Tunes physics & complete disinterest in stimulating the intellect felt entirely in tune with the original’s sensibility. The vaguely transphobic joke about Benedict Cumberbatch’s androgynous model All in the trailer is not at all improved by being expanded in the movie. Even though Hansel & Derek are close-minded imbeciles who believe things like fat = bad person, their treatment of All is an uncomfortable mixed bag at best & mostly just distracts from the film’s better realized gags. Many of the celebrity cameos & bit roles equally feel like a waste of time that could’ve been better step, but Zoolander 2 decisively aims for a quantity over quality M.O. & by the time the film finds its stride far more of its jokes land than fall flat. I spent most of Zoolander 2‘s runtime laughing heartily, which might as well be the sole requirement for a movie this militantly irreverent to succeed as a finished product. It’s not the best comedy in the theater right now (that would be Hail, Caesar!), but it’s also not the worst (*cough* Deadpool *cough*) & I could easily see myself watching/enjoying the film multiple times in the future. If nothing else, that’s a far better experience than I expected based on its early reviews, which is pretty much how this whole ordeal worked out the first time around in 2001.