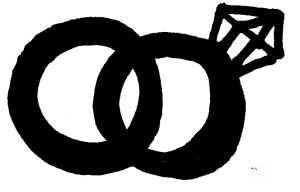 If I were feeling especially lazy, I would substitute writing a full review for Joshy with simply taking a screenshot of its IMDb page with some MS Paint exclamation points added for effect. Jenny Slate! Aubrey Plaza! Brett Gelman! Thomas Middleditch! The dude who made Queen of Earth (Alex Ross Perry)! A dark comedy about a devastatingly depressing weekend getaway, Joshy is stuffed to the gills with niche comedians and always-welcome performers. Even in the final twenty minutes I found myself exclaiming, “I can’t believe they’re in this too!” as new characters entered the frame. What was even more surprising & rewarding than any of the casting choices, however, was the realization that I’d become a fan of the film’s writer-director, Jeff Baena, without even realizing it. Apparently, Baena co-wrote I ♥ Huckabees & helmed his debut feature in the romantic horror comedy Life After Beth, two films I will passionately defend as being far better than their reputations. Just Gary Marshall dropping by as a zombie for a brief cameo was enough to land Life After Beth on my Best of 2014 list and the existential absurdism of Huckabees makes for my favorite David O. Russell film to date, despite that work’s generally divisive reception. After also taking delight in the gleefully bleak Joshy, I can comfortably say that I’m fully sold on Baena as a filmmaker. Only three projects into his career I’m going to count myself among his audience for life.

Five men commemorate an abruptly-ended engagement by honoring a reservation for the bachelor party at a remote cabin in California wine country. As you can probably guess, this situation quickly devolves into my beloved Party Out of Bounds subgenre, ranking up there with High-Rise, The Invitation, and A Bigger Splash as one of my favorite examples of that specific narrative structure I saw all last year. Caught between his friends’ wildly varied ideas of a good time (typified by reckless substance abuse or a Cones of Dunshire-style fantasy role playing game) the would-be bachelor Joshy  (Middleditch) quietly suffers while the world around him loudly crumbles. Joshy has the most readily recognizable reasons to be an emotional wreck, but all of his male compatriots, from the most bombastic bros to the most neurotic wet blankets, are in just as bad of a state. Joshy is first & foremost a film about men who do not comprehend how to deal with their emotions in a productive or honest way. They play & party their way around any direct engagement with their inner turmoil, filling their days with toy guns, drugs, and frivolous contact with a group of women having their own “weird party thing” nearby, all while avoiding any mention of the dark clouds of depression, alcoholism, and suicide that loom over them. At one point, a character even shouts, “It’s not okay to be sad!” to drive the point home. I don’t know if this speaks more about my personal taste or the immense talent of the cast, but this situation actually makes for some of the most hilarious cinematic moments of 2016 for me. Joshy traps itself under immense emotional pressure and the resulting comedy that explodes from that container had me screaming with laughter.

I suppose at first glance Joshy might come off as the clean cut indies & “mumblecore” aftershocks of filmmakers like the Duplass Bros (whom I personally dig) & Joe Swanberg (who appears in a cameo) and it’s possible that being able to enjoy that cinematic style is essential to appreciating this low-key indulgence in gallows humor. The closest comparison point I can conjure for it, though, is the work of Sleeping With Other People director Leslye Headland, particularly her film Bachelorette. Headland & Baena are both quietly trafficking in a highly specific, deeply affecting mode of caustic, ice bath humor. Their work is currently flying under the radar in terms of wide critical recognition, but I’m floored by how much they’ve been able to accomplish without making grand, sweeping maneuvers. Joshy is a cheap, quiet indie comedy about a few middle aged men who are having an awful time at a party that should have ended before it started. Baena managed to turn that scenario into both a painful exploration about how traditional masculinity leaves people ill-equipped to deal with emotions in a healthy, honest way and one of the funniest situational comedies of the year. I find that balance very impressive and I’m dying to see what he pulls off next.