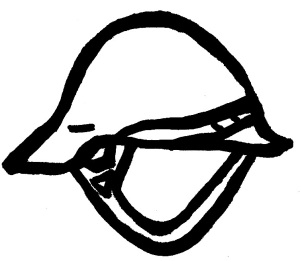 Old Hollywood legend James Whale is most famous for directing the first two Frankenstein films, both of which are highly ranked among Universal’s classic Famous Monsters relics. The project that landed him that job was far outside the confines of the horror genre, though: a wartime drama titled Waterloo Bridge. Bringing in the production of Waterloo Bridge on-time & under-budget for Warner Brothers, Whale earned the respect & attention of Universal executives, who then gave him free reign to helm any property owned by the studio, of which he chose Frankenstein. That follow-up has obviously outshone his work on Waterloo Bridge in terms of defining his legacy as an auteur, but Waterloo Bridge was a resounding success with a long-lasting legacy of its own. A pre-Code drama about a sex worker making do & unexpectedly finding love in wartime, Waterloo Bridge is a controversial work that, although subjected to censorship & patchy distribution as the moral landscape of Hollywood changed after its release, was popular enough to inspire two (toned down) remakes in the following decades. It’s an impressively bleak work of Old Hollywood filmmaking that, while drastically different from the Frankenstein series in terms of genre, telegraphed much of the grim atmosphere & well-budgeted spectacle that would soon define Whale’s career.

Mae Clarke (of Frankenstein fame, naturally) stars as an American prostitute struggling to make ends meet in a nondescript English slum. Introduced as just one chorus girl among many in a lavish stage musical before casually soliciting men & avoiding cops at her real job walking the streets, our financially & emotionally broken protagonist is a microcosm of the young people who’re made into living ghosts by the Great War. She takes no pleasure in sex work, which is mostly a desperate necessity to (barely) cover her rent. The dread of a life that can’t be sustained forever is made even more unbearable by the constant air raids that terrorize London, sending its worse-for-the-wear citizens seeking shelter at a moment’s notice. In one of these air raid crises, Clarke’s fragile antiheroine meets a wealthy, naïve American solider (Douglass Montgomery) who instantly falls in love with her. She bats away his sweet offerings of rent money, pretty dresses, and marriage purely out of self-loathing, believing that her sordid lifestyle & family history means she doesn’t deserve happiness with such a well-to-do sweetheart. Indeed, his heart visibly breaks in half when he first discovers her profession, but his offer of marriage & lifelong happiness stands anyway. The conflict of Waterloo Bridge is tragic, but largely internal; it depends entirely on if a young woman can forgive herself for the “immoral” things she had to do to survive. It doesn’t end well.

The painfully earnest performances from Clarke & Montgomery drive much of Waterloo Bridge, which often shows its origins as a stage play in long, uninterrupted conversations during air raids & romantic getaways. Whale strategically chooses moments to splurge on spectacle, funneling most of his budget into a few isolated effects shots that almost trick you into thinking you’re watching a war epic instead of a parlor drama. Huge crowds of extras & bomb-dropping model airplanes bookend enough of the single-apartment dialogue-dumps that the whole thing feels way more extravagantly expansive that it truly is at its core. You can easily tell what Universal execs saw in Whale’s financial resourcefulness & why they had the faith in him that led to Frankenstein. A few choices, like the soldier’s off-putting sense of entitlement or his practically deaf father’s one-note version of comic relief, prevent the film from being an all-time classic, but they feel tied to the writing & the source material more than anything Whale had influenced. His mark on the film is delivering a powerfully grim punch to the gut on a bare bones budget, something that helped launch his career & establish his reputation as an Old Hollywood legend.

Presuming most modern audiences aren’t 1930s producers looking to fund the long-dead James Whale’s next project, Waterloo Bridge mostly offers 2010s film nerds one of those glimpses of grimy pre-Code Hollywood sex & violence that feel so out of place in ancient black & white studio pictures (thanks to the moralistic bullies who censored them into oblivion). Besides not shying away from the source material’s matter-of-fact discussion of the practicality of sex work, Whale also searches for sexual tension in the details of dialogue & body language. Chorus girls are filmed in their dressing rooms, lounging in see-through underwear. When one prostitute complains to a friend that the men conducting air raids give her “the willies,” she glibly responds, “Well, they are men, aren’t they?” As Montgomery’s worked-up soldier gets hot & bothered in Clarke’s presence, he strokes the blatantly phallic corner post of her bed, leering. Waterloo Bridge is not a sexy movie. It’s too relentlessly grim & ultimately tragic to earn that descriptor. Its frank discussions of sex & sex work make for a striking Old Hollywood wartime drama, though, something I imagine was lost in its two Hays Code-era remakes. I can’t say it’s my favorite work I’ve ever seen form James Whale or even the most shockingly sex-comfortable pre-Code film I’ve encountered (Baby Face is tough competition for that distinction), but it is an impressive small-scale work for something that’s essentially a grimy stage play with occasional war epic aspirations.