After my discovery that our February Movie of the Month, Big Business, was directed by one third of the ZAZ creative team behind classic genre parodies like Airplane!, Top Secret!, and The Naked Gun, I’ve been trying to make sense of the rest of Jim Abrahams’ catalog. What I found most interesting was that there were only three titles that didn’t fall in line with his genre-defining work in parody comedy. Big Business, as we know, is more of an homage than an outright spoof, but it could’ve easily undergone the typical ZAZ treatment with a couple re-writes. Ruthless People is a much more difficult film to understand in that context. A pitch black comedy inspired by the kidnapping of Patty Hearst (and starring Bette Midler, who steals the show in Big Business), it was made by the full ZAZ team, but never really threatens to be a parody or a spoof of the ransom-driven thriller as a genre. It’s by far the the furthest ZAZ outlier. Much closer in line to what Abrahams achieves in Big Business‘s Old Hollywood pastiche is the Winona Rider comedy Welcome Home, Roxy Carmichael, which feels palpably close to spoofing John Hughes’ work in teen comedies, but ends up functioning much more like a loving tribute.

A moody, gothy Winona Ryder headlines Roxy Carmichael as a fullblown version Aly Sheedy’s dour recluse in The Breakfast Club. Just like Sheedy, she looks like the world’s biggest Robert Smith fan, intentionally  isolates herself from peers, and treats the idea of personal hygiene like the exact kind of afflictions you might acquire if you completely disregarded personal hygiene. The movie pushes her high school “weird kid” attributes to an even more cartoonish degree, though, equipping her with an “ark” of abandoned animals that she adopts like a shanty farm, because that’s apparently what weirdo high schoolers do in their free time. The aching-for-a-boy-out-of-her-league growing pains, poor kid vs. the world class warfare, and uncaring parents all resemble characteristics of Molly Ringwald films like Pretty in Pink and Sixteen Candles, except that they’re all crammed into the same feature. The movie even ends in a Big Dance confrontation, which feels like classic Hughes, and Ryder’s protagonist’s name sounds exactly like what she’d be called if she were the Weird Kid archetype in Not Another 80s Teen Movie: Dinky. Much like with Big Business, the line between homage & spoof feels very thin here & with the right push, Welcome Home, Roxy Carmichael could’ve easily fallen in line with the rest of the ZAZ catalog.

There’s something about working in the John Hughes realm that brings out new territory in Abraham’s work that might’ve been missing in his spoof & pastiche films (and whatever you want to call Ruthless People): genuine heart. It takes an innate understanding of genre tropes to be able to understand how to make an homage or a spoof work as a feature film & here Abrahams recognizes that what distinguishes John Hughes’ brand of 80s teen comedies is their heart on the sleeve sentimentality. It’s possible in this case, though, that he might’ve outdone his source material in creating the homage. Welcome Home, Roxy Carmichael has some brutal character moments, carried by both Winona Ryder & costar Jeff Daniels, who both play broken shells of people who feel cruelly rejected by both the ones they love & the world at large. And instead of bringing the drama to an everything-works-out-fine cinema magic climax, the film instead stages a huge emotional gut punch that feels a little rough for the genre that Abrahams was working in here. It was surprisingly powerful stuff.

It’s difficult to say whether or not a fan of Big Business would necessarily be floored by what’s offered in Welcome Home, Roxy Carmichael. The films are both heavily rooted in 80s fashion & genre convention, so there’s at least a chance that fans would bleed over. What’s far more important, though, is what the two films reveal about Jim Abrahams as a comedy director. It’s tempting to think of the ZAZ team as a sarcastic group of pranksters who simply regurgitate tropes with silly gags added, especially after watching how their comedy style has lead to such creative voids as Fifty Shades of Black, Vampires Suck, and Superfast!. However, what Big Business & Welcome Home, Roxy Carmichael reveal is that Abrahams & his Zucker brother collaborators had a genuine love for the movies they were parodying & a deep understanding of how their tropes could be picked apart, reproduced, and repurposed for a new effect. Whether or not Welcome Home, Roxy Carmichael is just as good as the genuine John Hughes product is debatable (although it’d certainly be an easier case than arguing that Big Business is just as good as the Old Hollywood farces it emulates), but it’s undeniable that Abrahams understood how those films ticked & how they could be replicated for a new effect, a skill he presumably learned as a parody-happy prankster.

For more on February’s Movie of the Month, 1988’s Big Business, check out our Swampchat discussion of the film, a look at its borrowed gag from The Marx Brothers’ Duck Soup, and a reflection on where the film sits in relation to the rest of the Jim Abrahams catalog. 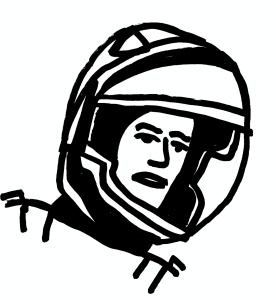 I don’t know if it’s just a mood I’m in or a reflection of the kind of studio films that get released this time of year, but The Martian is the third in-the-theater experience I’ve had in a row where I enjoyed what I was watching without ever being super impressed. Black Mass was a serviceable 70s gangster pastiche made entertaining by a long list of great performances from incredible actors putting in above average work. Sicario was a decent war (on drugs) film that survived mostly on the strength of its intense action sequences & striking cinematography. Going for the hat trick, The Martian was pretty good, but nothing out of the ordinary in terms of structure or narrative in the context of hard sci-fi cinema. In this case, what saves the movie from genre-related tedium is a depiction of believable people (read: nerds) engaging in practical problem solving in an impractical scenario: rescuing an astronaut/botanist who’s been stranded on Mars with limited resources for survival. The movie loses a good bit of steam when it gets mired in NASA politics & the logistics of making physical contact with the MIA astro-botanist, but for the most part the recognizable humanity in its extraordinary extraterrestrial situation makes for an interesting watch.

Matt Damon is asked to hold down a lot of the film’s weight as the titular astro-botanist Mark Watney, who might as well be considered a ghost as well as a Martian, as he has been assumed dead by his colleagues (with good reason). I almost hate to say it, but it’s the found footage aspects of his early post-abandonment screentime that holds most of the film’s charms. Despite facing almost certain death in The Martian‘s first act, Watney logically explains the details of exactly how/why he’s fucked as well as the practical day-to-day details other films would usually skip over, such as the bathroom situation in a Martian space lab. Speaking of the scatological, there’s a surprising amount of poop in this film. You could even say that poop saves the day, which is certainly more interesting than whatever control room shenanigans solve the conflict in Apollo 13 or other similar fare. Besides his poop-related resourcefulness, Watney has an entertaining sense of humor that distinguishes him from typical space rescue heroes, exemplified in lines like “Mars will come to fear my botany skills,” “Fuck you, Mars,” “I’m going to have to science the shit out of this”, and constant tirades against his captain’s love of disco that remind me of the iconic “No more fucking ABBA!” line in The Adventures of Priscilla, Queen of the Desert.

The problem with The Martian, if there is one, is that every other actor in the film is completely wasted. Heavyweights Jessica Chastain & Michael Peña are given essentially nothing to do. Kristen Wiig is mostly present to look skeptical. Jeff Daniels is a run-of-the-mill business dick. And so on. Only Donald Glover’s performance stand out among the supporting cast, but not in a good way. Glover’s king nerd is distractingly awful in his attempts to outnerd his nerdy colleagues, providing the film’s sole representation of uncrecognizable human behavior. Glover is an island of falsehood in a film that generally feels believable. If I could ask director Ridley Scott one question about The Martian it would be what the hell was he thinking allowing Glover to embarrass himself/everyone else with that performance. It’s spectacularly awful.

Speaking of Ridley Scott, The Martian often feels as if it were a direct response to the backlash against more fanciful sci-fi like Scott’s own Prometheus & Christopher Nolan’s Interstellar. If that’s the case, my lack of unbridled enthusiasm for the film may be a simple matter of taste. I loved Prometheus. Loved it. Also, Interstellar was my favorite movie last year. The practical problem solving & believably nerdy behavior of The Martian is likely to win over those two films’ naysayers, though, and believe me, they are in no short supply. A lot of people are really going to like this movie, but it lost me a little in the second half once the logical, step-by-step rescue process had larger political implications that extended beyond Watney’s immediate needs, such as growing crops & performing self-surgery. I know it makes me a cinematic philistine, but if The Martian had stuck to its found footage format or introduced some kind of The Angry Red Planet-esque space monsters to its believably human/nerdy aesthetic, I’d probably be singing its praises right now. Instead, I simply think it’s pretty good. Not Prometheus good, but pretty good.