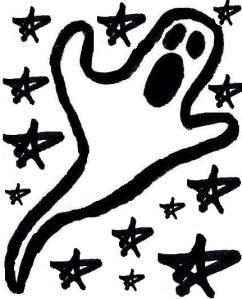 In 1965 Italian horror mastermind Mario Bava released the eerie, way-ahead-of-its-time Planet of the Vampires. In 1979 directorial enigma Ridley Scott drew major influence from the atmospheric elements of Planet of the Vampires and reworked them into Alien, one of the scariest, most striking creature features of all time. In 2001 former-genius-turned-shlock-peddler John Carpenter borrowed Planet of the Vampires’ most superficial plot points and turned them into a nu-metal shootout in space that nobody asked for.

Told through the unnecessary framing device of a criminal hearing in a Martian mining colony of a future matriarchal society (we know this detail because of a title card that helpfully reads “Society: Matriarchal”), the bare bones story of Ghosts of Mars is awfully similar to that of Planet of the Vampires. While digging under Mars’ surface, miners mistakenly release disembodied Martian spirits (or “ghosts” if you will) who are none too pleased with the planet’s new human inhabitants. As one character puts it, “As far as they’re concerned, we are the invaders.” Yep. The ghosts of Mars exact their revenge on the Earth invaders by inhabiting their bodies, then causing them to self-mutilate & murder each other indiscriminately. The ghosts are essentially impossible to kill, because when one of their bodily vehicles dies they simply move on to the next.

Instead of properly utilizing the horrific potential of this premise, Carpenter mistakenly aims for a late-90s cool, the same effect he attempted in his 1998 misfire Vampires. Characters saunter around in black leather trench coats, getting high on space drugs, piloting steampunk hot air balloons, and trading we’re-so-cool quips like “Maybe I’d sleep with you if you were the last man on Earth. But we’re not on Earth.” If it weren’t for the ghosts, the Martian community could be mistaken for an especially dour year at Burning Man. Despite that, the ghosts themselves are menacing enough. Even though the cheapness of their costumes suggests Mad Max cosplay or a GWAR cover band, they have a distinct affinity for decapiation that makes them viable as a real threat. The problem is that any threat they pose is severely undercut by the nu-metal riffage that obnoxiously drones on in the background, trying (but failing) to portray them as super cool instead of super creepy.

Ghosts of Mars isn’t a total loss, but it is a disappointment. The cast is surprisingly decent, considering the quality of the film: Clea DuVall, Jason Statham, Natasha Henstridge, and Pam Grier are always welcome faces (although, how there are two Pam-Grier-In-Space movies and they both suck is beyond me). Ice Cube steals the show, firmly operating in angry NWA mode and not his more recent milquetoast-family-man mode. Although it’s a disappointment that the film’s genuinely cool ghosts-in-space concept devolves into a generic nu-metal shootout film, watching Ice Cube (and Clea DuVall for that matter) run around like a shoot-em-up action star is a draw in itself. Carpenter failed to utilize the body possession aspects of the premise to its full Planet of the Vampires potential & lazily used storytelling devices like flashbacks within the central flashback to get its point across and he paid the price for it. Ghosts of Mars was a huge flop, earning only half of its $28 million back at the box office. The most frustrating thing about the film is that you can see elements in play that could swing it either in the direction of an actually decent horror flick or at least a ridiculous camp fest if exploited properly. It instead mires itself in self-mutilating, nu-metal-soaked mediocrity.