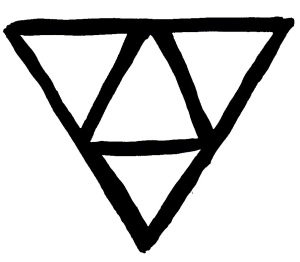 The drastic reds, blues, and purples of The Neon Demon‘s opening title card scream “Suspiria!” before the film’s lush synth score & vague witchcraft horrors can even beat you over the head with that influence. The film’s colorless voids & glacial pace whisper “Under the Skin” just faintly enough to give you goosebumps. You can feel Ken Russell’s Crimes of Passion lurking in the film’s gleefully predatory sex & violence, as well as its deliberate moral provocations (and, oddly enough, its wallpaper patterns). There’s a touch of Black Swan lurking in its abstraction of female competition & psychological break. There’s more than a hint of Mulholland Drive in its stubbornly auteurist nightmare logic. Blood & Black Lace is woven into the fabric of its fashion world style-over-substance aesthetic. Lesser, trashier works also lodge themselves in the film’s DNA, as cherry-picked elements of It Follows, Lost River, Maps to the Stars, #horror, and, you guessed it (no you didn’t) Tron: Legacy are strategically repurposed for entirely new, entirely terrifying effect. The Neon Demon is unlike anything I’ve seen before in that it’s the best of everything I’ve seen before, just masterfully reshaped & distorted into an exquisitely beautiful work of art with a deeply ugly, predatory soul. I’m at once disgusted by and in total awe of what Nicolas Winding Refn has accomplished here and I revel in the unease of that conflict.

The closest Refn will likely ever come to directing a crowdpleaser was 2011’s Drive, a sleek Ryan Gosling vehicle that explored the seedy world of Los Angeles stunt men & mafia types (as well as the hypnotic spell of body language flirtation). His followup, Only God Forgives, seemed to intentionally push his newfound audience away, presenting an all-dressed-up-with-nowhere-to-go art house take on the revenge thriller by surgically removing all the genre thrills that exploitation formula promises in favor of well-crafted emptiness. The Neon Demon seems intent to split the difference between those two extremes. It is at once Refn’s most beautiful work to date and his most deliberately off-putting (though the silent masculinity of Valhalla Rising makes it a close call on that latter point). His eye returns to the neon-lit, synth-soaked Los Angeles of Drive, but brings the violently ugly, corrupted soul of Only God Forgives along for the ride. It’s tempting to reduce The Neon Demon to descriptions like “the fashion world Suspiria” or “the day-glo Black Swan,” but the truth is that the work is 100% pure, uncut Refn. For better or for worse, this will be the title that solidifies him as an auteur provocateur, likening him to other technically-skilled button pushers like De Palma, Friedkin, Verhoeven, Von Trier, Ken Russell, and, why not, Russ Meyer. Like all the madmen provocation artists that have come before him, Refn stumbles while handling any semblance of nuance in the proudly taboo subjects he gleefully rattles like a curious toddler, but he makes the exercise so beautiful & so callously funny that it’s difficult to sour on the experience as a whole. Instead, you mull over provocations like The Neon Demon for days, months, years on end, wrestling with your own thoughts on what you’ve seen and how, exactly, you’re supposed to feel.

In this particular provocation Elle Fanning plays a sixteen year old model cashing in on her natural beauty in the repugnant, predatory L.A. fashion scene. As soon as she arrives, the sharks start circling the chum in the water, the pythons start sizing up their next meal, the L.A. vampires (both literal & figurative) start sharpening their fangs. She has the kind of beauty described by one character as “a diamond in a sea of glass,” making her stand out both as an opportunity for profit & as a target for violence. Sleazebag photographers & fashion designers turn their heads with unmistakable hunger in their eyes the second she enters a room. Other models shoot daggers as she gleefully eats up the attention. Dastardly villainous make-up artists (Jena Malone) & motel slumlords (Keanu Reeves) jockey to be the first wolf to devour the lamb, drooling to indulge in her inevitable demise. There is a constant, oppressive threat of sexual violence that permeates every scene of The Neon Demon, but Refn thankfully never indulges in its depiction the same way you’d see in old exploitation pics like The Last House on the Left or I Spit on Your Grave. Instead, the threat of rape is abstracted into the shape of a vibe, a glance, an isolated image of violence in a dream, and at one particularly brutal moment, a sound. It’s up to the audience to decipher the balance between representation & complicity here. While it’s true that Refn is consciously condemning the pervasive rape culture aspect of fashion modeling at every turn, it’ also true that he’s indulging in the very same ogling-at-young-beauty impulses that allow that culture to thrive in the first place. Any pointed satire he presents on the matter is also severely undercut by the idea that female-on-female competition is just as much of an ugly threat, especially once the film makes a turn towards a more conventional witchcraft horror pic in the final act. Again, I don’t think Refn handles the hot button topics he’s interested in with any nuanced delicacy, but he does find a way to soften their blow through art house abstraction & you’re not likely to see a more gorgeous work on the big screen all year, morally muddled or not. The result is admittedly uncomfortable, but also deeply fascinating.

The smartest thing Refn does to maintain this high wire balancing act is surround himself with female collaborators. There’s only a small handful of male characters of any consequence in the film and their threat is far outshined by the downright supernatural (and shockingly vicious) power exuded by the women that envelop them, a likely influence of Refn’s two credited female co-writers, Polly Stenham & Mary Laws. He also abstracts the impact of the male gaze by employing a female cinematographer, Natasha Braier, who deserves every accolade you could possibly throw at her for her work here. As the movie puts it, “Beauty is the highest form of currency we have […] Beauty isn’t everything. It’s the only thing.” Although that line is meant to jab at the superficiality of a particularly chauvinistic prick within the fashion world, it also stands a sort of an ethos for what Braier brings to the screen. Every ugly, nightmarish scene in The Neon Demon is made to be strikingly beautiful by the otherworldly wizardry of her lens. Her literal smoke & mirrors dreamscape makes every moment disorienting in a Kubrickian sort of way, a comparison I wouldn’t use lightly. Braier’s work combines with the masterful score by Cliff Martinez and the surreal inclusion of unexpected visual prompts like mountain lions, eyeballs, diving boards, and a triforce to set an aggressively artificial stage for the screenplay’s warped fashion world satire. I don’t know if a team of female collaborators has assembled to construct such a confusingly caustic take on toxic masculinity since Mary Haron & Guinevere Turner adapted American Psycho for the big screen in 2000. By the time Refn dedicates the film to his wife in the end credits the whole movie plays like a terrifying, exquisitely crafted prank.

The Neon Demon is consistently uncomfortable, but also intensely beautiful & surprisingly humorous. Days later my eyeballs are still bleeding from its stark cinematography & my brain is still tearing itself in half trying to find somewhere to land on its thematic minefield of female exploitation, competition, narcissism, and mystic power. This film is going to make a lot of people very angry and I’m certain that’s exactly the reaction Refn is searching for, the cruel bastard. At the same time it’s my favorite thing I’ve seen all year. I’m caught transfixed by its wicked spell & its bottomless wealth of surface pleasures, even as I wrestle with their implications. This is where the stylized form of high art meets the juvenile id of low trash and that exact intersection is why I go to the movies in the first place. The Neon Demon may not be great social commentary, but it’s certainly great cinema. 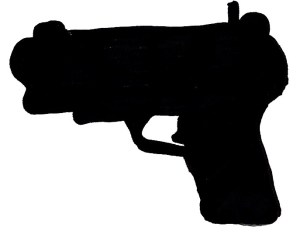 I’ve been watching a lot of Nicolas Winding Refn movies lately, trying to make sense of the man’s career. Like with a lot of people, my first introduction to the director was the 2011 Ryan Gosling vehicle Drive, a brilliant film I find compulsively re-watchable. It’s basically become the Beatles record of my DVD collection, something I pop in when I have no idea what I want to watch. It was then a disappointment when Refn’s follow-up, Only God Forgives, was just as gorgeous, but twice as empty & hard to love as Drive. I left the theater incredibly cold from that movie and didn’t warm up to it at all in subsequent viewings. Working my way backwards through the much more impressive Bronson, Valhalla Rising, and so on, I feel like I’m just starting to get a grasp on Refn’s violently somber & grandiose vibe, something I’ve been trying to grasp for years now.

It turns out I’m not the only one who’s been trying to get a grasp on Refn’s aesthetic. The recent crime thriller Hyena plays like a love letter to the Danish filmmaker, with only a few updates tweaked here or there. The problem is that it isn’t even half as interesting as Refn’s worst film (that I’ve seen so far, anyway). Opening with a slow-motion drug bust in a neon-soaked nightclub, the requisite eerily sad music playing, Hyena declares its Refn love early & often. It seems like the only innovation the film brought to the format was the question “What if Refn’s movies were told from the POV of crooked cops instead of the criminals?” It’s not a question that, when isolated, leaves a lot of room for new ideas or even a basic reason for existing, and the resulting film feels like an empty shell because of it.

That’s not to say that, although empty, the shell isn’t good-looking. There’s some occasionally gorgeous imagery scattered throughout Hyena that almost rewards the patience required to make it through its runtime. It’s just unfortunate that the film also decided to ape Refn’s glacial pacing as well as his visual style, which results in long stretches of crooked cop drama that’s extremely difficult to care about. If nothing else, it feels like there’s a promise here that Refn’s style could possibly inspire other directors to take action movies into fresh, unexpected directions, but Hyena merely hints at that promise instead of actually fulfilling it. It might be a while until both audiences & filmmakers alike get a grasp on how to pull off the Refn trick, but Hyena isn’t even the closest attempt released this year. That honor belongs to Refn-collaborator Ryan Gosling’s directorial debut Lost River.