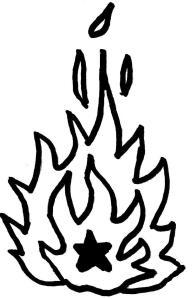 David Cronenberg’s newest film is a cold, unforgiving puzzle that’s difficult to wrap your head around. It’s a familiar feeling. The Canadian auteur is responsible for some of the most disturbingly ambiguous horror films this side of David Lynch: Videodrome, The Fly, The Brood, etc. On the surface, Maps to the Stars is Cronenberg at his most clear-cut & candid. The film is deceivingly costumed as a straight-forward satirical indictment of Hollywood types’ various neuroses, a story we’ve seen told many times before. It wears the clothes of a bitter, navel-gazing comedy, but it’s so much stranger & more unsettling than that.

Much like with the recent entertainment industry caricature Birdman, the nasty humor in Maps to the Stars falls flat on its face. Rarely inspiring a chuckle, it’s downright embarrassing as wealthy Hollywood narcissists toss out bottomlessly cruel jokes that rarely land. With Birdman, the failure of the humor leaves a disappointing void that the beautiful cinematography struggles to fill & distract the audience from. In Maps to the Stars, there’s no such relief. The film boasts such a relentlessly negative worldview & such a matter-of-fact, uncaring visual style that it feels intentional that the humor falls flat. Characters are way less amusing than they think they are. Each cruel, unfunny joke posits them as increasingly monstrous and film revels in their vapid, self-absorbed callousness.

It’s difficult to appreciate the film as a comedy, but it does have legs as an off-putting ghost story. In Cronenberg’s Hollywood everyone’s interconnected in the usual ensemble cast ways, but they’re also linked by the ways they are haunted both by the past and by the rancorous decay of their inner selves. Tenuous personal & professional relationships are inconsequential compared to the way Maps’ characters are connected by less concrete elements like fire, incest, dead children, strange mantras, and weeping in bathtubs. In public the characters feign glamorous lifestyles; limo drivers, beautiful homes, baby-faced teens enjoying cocktails, and movie set pampering are all part of their M.O. In intimate company they become a little bleaker; they have sex with producers, joke about selling fans their feces, and celebrate the deaths of children. When they’re entirely alone they’re faced with the literal ghosts of their past and the self-hatred that their bravado barely conceals.

Maps to the Stars is a difficult film to recommend, because it’s near impossible to tell who will be able to get on the film’s wavelength. The film’s cast is phenomenal (Julianne Moore, John Cusack, Olivia Williams, Robert Pattinson, etc.), but they’re used for such an unpleasant effect that it’s difficult to sell their presence as a draw. As nasty as the film is it also has a strangely campy undertone that reveals itself in strikingly cheap details like CGI flames & Julianne Moore’s exaggerated California accent. It’s a ghost story, but it’s one that requires the patience to sit through bitterly unfunny comedy before the ball starts rolling. Self-contradiction aside, the movie unmistakably finds Cronenberg on a mean streak, seemingly uninterested in winning an audience over or earning accolades (although he does find a somewhat unconventional use for award statues here). Maps to the Stars is bound to be divisive in both its nastiness & its flat, uninviting tone, but it’s a film I found both curiously engaging & surprisingly haunting.