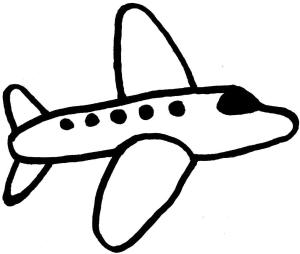 “Before there was Final Destination, there was Sole Survivor,” proudly proclaims Code Red’s 2008 DVD release of 1983 indie horror film Sole Survivor. There are some superficial similarities between the two, notably a plane crash, psychic visions, “accidents” aimed at the survivor of said crash, and a scene with a coroner that helps explain the film’s plot, but the two films are different in execution and concept, and I daresay the older, cheaper, and admittedly somewhat sloppier film is superior. The Final Destination series’ bread-and-butter was constructing tension through shots of elaborate Rube Goldbergian death traps falling into place in order to lead those characters who managed to cheat death into a gruesome end. Directed by Thom Eberhardt, whose inarguably classic film Night of the Comet premiered just one year later, 1983’s Sole Survivor lacks the kind of frenetic energy that characterizes the more modern film and its sequels. Instead, there is a quiet intensity to it, and I was surprised by how haunting some of the imagery was. For instance, in the first sequence of the film, Karla (Caren Larkey) awakes after having a psychic vision of Denise (Anita Skinner) strapped to her airplane seat, placid with shock, surrounded by a rustic field strewn with debris and broken bodies. Later in the film, Denise is trapped in an underground parking garage, and she is first seen only in beautifully composed long shots, before she begins running and quick film splices are made as support beams pass between her and the camera, in a scene reminiscent of the oft-referenced behind-the-columns transformation from The Twilight Zone‘s “The Howling Man.” Eberhadt also edited the film, and cinematographer Russell Carpenter went on to a fairly distinguished career, working as the director of photography for James Cameron in the nineties (notable highlights include being D.P. on both True Lies and Titanic, the latter of which earned him an Oscar). This was the first film for both of them, but you wouldn’t be able to tell that from a purely aesthetic standpoint, despite the film’s issues with pacing.

After an effectively unsettling cold open of a bloodied and armed woman riding a bus past closed shops full of mannequins on a Christmas-season evening, we see the same woman sitting in a field surrounded by body parts and airplane debris, in the scene mentioned above. It’s the last chance for actress Karla Davis, an over-the-hill former starlet who was blacklisted because her psychic visions (perceived by producers to simply be delusions brought on by alcohol use) made her too difficult to work with. She awakes after dreaming of Denise’s plane crash and tries to convince her agent to warn her, but he ignores her. Later, Denise is rushed to the hospital for treatment by the dreamy doctor Brian Richardson (Kurt Johnson, who unfortunately died of AIDS-related illness in 1986 at only 33), who is attracted to her but is concerned that she is masking her survivor’s guilt, as she seems to simply feel lucky to survive. After seeing an apparition of a soaked girl and nearly being crushed by a truck with no driver, Denise is taken home by her neighbor, a 19 year old party girl named Kristy (Robin Davidson), whose parents are absent for the course of the film.

Karla has great difficulty completing her work on the coffee commercial that Denise is producing. She is distracted and zoned out, and she tells Denise about her visions. Denise continues to experience inexplicable events, like a man appearing on the road and driving her onto the shoulder, an elevator with a mind of its own that deposits her in an underground garage where she is menaced by a ghoulish troublemaker, and a creepy figure standing in the rain watching from across the street as she and Richard have dinner. It’s very atmospheric and intriguing, and the composition of the images makes the sections of the film in which little happens more intriguing and intense. There’s a sharp turn around the hour mark, however, when it is revealed that the spectres haunting Denise are not the spirits of those who died in the crash, as one expects, but reanimated corpses. It’s never made clear why the supernatural force that Denise theorizes is trying to end her because she survived the crash would go about reanimating corpses to fulfill its goal, or why it targets people other than Denise, but this is not a movie that gets bogged down in those particular details.

Larkey, who financed the film along with her husband, appears in the special features in a ten minute interview alongside Eberhardt, and they discuss the fact that they wanted to produce a low-budget movie and hopefully make a return on their investment; they mention that with their budget, they could have made either a horror or a sexploitation flick, so they took the high road. Unfortunately, the film was financially unsuccessful. The film passes the Bechdel Test with flying colors with a cast mostly made up of women, and there’s some great dialogue to punch up some of the more static moments. (My favorite line comes when Roxie, the ditzy but spiritually curious friend of Kristy says she has seen God; when asked what he looked like, she says he was “Not great, like he wasn’t eating right or something.” That’s one for the ages, honestly.) The film was released on Vestron VHS in 1985, but Code Red’s out-of-print DVD is release from seven years ago is the only release on contemporary media; despite the not-great mono sound mix, I recommend checking it out if you can find a copy, for the imagery if nothing else. Unlike a lot of cheaply made horror movies from that era, this one stands up.