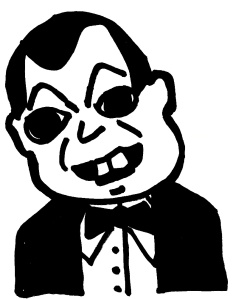 Released in 1975, Profondo rosso (Deep Red) is considered by many to be not only Dario Argento’s greatest work, but also the highest example of the giallo form. Although I still think that Suspiria is probably a superior film, and Phenomena is my personal favorite, it’s not hard to see why Deep Red was the recipient of such wide international critical acclaim (including being the first of Argento’s films to garner an audience in Asia, especially Japan), or why that popularity is so enduring, even forty years later.

Following the commercial and critical failure of the mediocre period dramedy The Five Days, Argento returned to the genre that had always served him well, revisiting many of his older ideas. Notably, memory often plays a key role in giallo narratives in general and Argento’s films in particular; specifically, vital details are witnessed by a character or characters but are forgotten by these witnesses because of their apparent irrelevance. Both The Bird with the Crystal Plumage and The Cat o’ Nine Tails featured protagonists who realize that seen or overheard clues contain minute details or discrepancies that, after much struggling to recall and decipher, ultimately reveal the identity of the killer. In Plumage, Sam Dalmas was repeatedly told by the police inspector that he must have seen some clue about the murderous assailant while trapped in the gallery entryway, and Dalmas spends the rest of the film experiencing brief flashbacks to the attack while trying to track down the murderer. Here, Marcus Daly (David Hemmings) also witnesses something when he tries to save the life of Helga Ulmann (Macha Meril), and he recognizes immediately that he has seen something significant but forgotten that will assist him in his investigation.

If you watch enough Argento films, you start to notice a pattern. For instance, the protagonist is always an artist or writer of some kind: Sam Dalmas, the author struggling with writer’s block; Cat‘s Carlo Giordani is a reporter, and Arno is a retired reporter making a living as a designer; Flies‘s Roberto is a drummer. Here, Marcus is a piano teacher. In Cat and Flies, a character (Bianca in the former and private investigator Arrosio in the latter) deduces the identity of the killer and tells another character over the phone that they will reveal this information at a later time and date, only to be killed before being able to pass this information along; in Deep Red, this happens twice–Helga deduces who the killer is and tells someone over the phone that she wants to make sure the information is brought to light before she leaves Rome and Dr. Giordani unsuccessfully attempts to phone Daly after he learns the killer’s identity from a note left by the most recent victim. In both cases, the characters are immediately killed.

I don’t bring up these repeated patterns because I think there’s something inherently wrong with this practice. I recently unpacked a box of old documents and stumbled across a small trove of sketches and drawings I had done about eight years ago, and many of them were individual pages covered in a single image repeated over and over–birds in flight, open mouths–as I had attempted to master the creation of a particular image by drawing it over and over. I was doing then what Argento did with his early giallo pictures, producing variations on a theme in order to perfect it. Although this runs the risk of becoming repetitive, Argento deftly reuses the same devices in ways that manage to stave off the staleness and apparent creative stagnation that permeates the work of other directors whose body of work orbits or exhibits the same images and ideas over and over again (compare to the regurgitated adulation of the military and simplistic patriotism filtered through blue/orange color correction of Michael Bay, for instance, or the tiresome recycling of the deification of family coherence in latter-day Spielberg).

In addition to polishing already successful elements of other films, Argento reuses ideas that didn’t work before. I mentioned in my review of Cat that I felt that film’s straightforward detective narrative, in contrast with the more eccentric paths that Plumage took in its route to the final frame, was somewhat detrimental to the overall feature, as its focus on the mystery itself overshadowed the cinematic and psychological elements that make Argento such a notable auteur. Cat was followed, of course, by Flies, which unsuccessfully attempted to merge the two, featuring a mystery narrative that doesn’t make much sense and could not have been solved by the audience at the same time as the characters, as well as experimental editing techniques that were more disruptive than helpful. As with Cat, the investigation in Deep Red is straightforward but manages to be more captivating because of the more well-constructed mystery, coupled with Argento’s unique talent for artistic gore effects and unsettling and discomfiting imagery. Perhaps more importantly, this is the first instance in which the revelation of the killer’s identity can be solved by the audience along with the protagonists (not counting Flies, in which the killer’s identity was made obvious early on as a result of a flaw in the film’s design rather than deliberately), as we collect clues alongside Daly.

There is a well-developed romance here as well, which works in the film’s favor (even if this subplot was cut from the original US release for reasons unknown). In Plumage, the romance between Giulia and Sam has already solidified, and the only conflict between them comes from her growing frustration with his obsession with the string of murders. In both Cat and Flies, there are insubstantial love scenes: Giordani and Terzi’s was likely crafted simply to throw some last-minute suspicion her way, and Roberto’s pointless adulterous dalliance with Dalia seems to exist purely for titillation. But, just as Arno and Giordani worked as a team in Cat, Deep Red also features a reporter sidekick, Gianna, portrayed by longtime Argento collaborator and partner (romantically and creatively) Daria Nicolodi. Unlike other women from Argento’s stock of female characters, she is earnest, forthright, and professional while also being light-hearted and serving as the film’s much-needed comic relief. Like Roberto in Flies, Daly is a bit of a misogynist; here, however, the film paints him as being clearly in the wrong, and his occasional sexism towards the affable and likable journalist is shown to be completely unfounded. He declares that men are more inherently intellectual, but she deduces the importance of clues before he does; he pompously declares that women are delicate and fragile, but she beats him at arm wrestling and, later, pulls his body from a burning house. It’s rare to see a romantic subplot treated this well in a contemporary film, much less one that’s four decades old. This is also a huge step forward for Argento with regards to sexual politics, and it’s important to note that his next few films center around multidimensional female protagonists, with great success.

Deep Red is the apotheosis of many of Argento’s tropes, but it also reflects his growth as a director and the instigation of newer concepts that would become part of his repertoire in the films that followed. His new focus on developing women characters is cited above, but this was also Argento’s first of many collaborations with prog-rock legends Goblin, who composed most of the score for the film after Argento was dissatisfied with Giorgio Gaslini’s initial composition (although some of Gaslini’s tracks are still present in the final score). This was also the film on which Argento and Nicolodi met; the year later, she would give birth to daughter Asia Argento, who has starred in several of Argento’s later films and become a director in her own right. Nicolodi also has a co-writing credit on Argento’s other opus, Suspiria, and she would later star in four of his other classics: Inferno, Tenebrae, Phenomena, and Opera. The two had parted ways by the time of Opera‘s production in 1987, and both have cited difficulty working together on that film, but they reunited in 2007 to work on Mother of Tears, the long-delayed concluding chapter in a thematic trilogy that began with Suspiria and continued through Inferno.

This film is one of the quintessential works on Argento’s CV, representing the codification and perfection of the elements that made up his prior canon while introducing and inducting collaborators who would be part of his think tank through the next, best stage of his directing career. Avoid any VHS copies you may find, as they will be missing most of the subplot of Gianna and Daly. To avoid accidentally viewing a truncated version of the film, I would also recommend avoiding any DVD released by Blue Underground, as they released two pressings, one of the uncut film and an “Uncensored English Version” that is missing the same scenes as the original US release. Your best bet is to track down Anchor Bay’s release, which features English and Italian audio and subtitles.