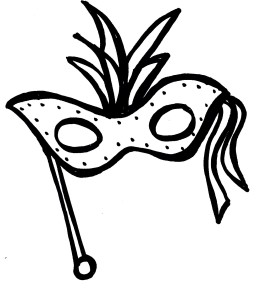 Mardi Gras in New Orleans is a near-impossible phenomenon to capture in art. There’s a magical, revelrous spirit to it that defies a strict, all-encompassing definition. As one interviewee explains in the documentary Always for Pleasure, Mardi Gras is not a spectator sport. It’s something you have to engage with & participate in to truly grasp, which might be a significant reason why capturing its spirit on film or in words is like trying to catch lightning in a bottle.

Filmed in 1977, the Criterion-approved Les Blank documentary Always for Pleasure truly is the best introduction to New Orleans culture that I could possibly imagine. Where else are you going to find soul legend Irma Thomas sharing her red beans & rice recipe and Allen Toussaint explaining the significance of jazz funerals & second lines? There’s also glimpses of crawfish boils, Mardi Gras Indians, Jazz Fest, above-ground cemeteries, St. Patty’s Day celebrations in the Irish Channel, brass bands, street cars, Dixie beer, Congo Square, and what essentially amounts to music videos for Wild Tchopitoulas & Professor Longhair. At just less than an hour in length, the film is an easily digestible crash course in local charm & hedonism. An interviewee in Always for Pleasure describes New Orleans as “The City that Care Forgot” & “The last city in American where you can feel free to live,” and the supporting images that surround those claims make it feel like he might be onto something.

What’s most remarkable about Always for Pleasure, though, is how close it comes to the near-impossible task of capturing the totality Mardi Gras in a single work. There’s a little bit of historical context provided about how the holiday developed as “a lustful time before a time without” both within & without religious connotation. For the most part, though, the film is smart not to over-explain. It mostly just documents. With the shoulder-mounted shakiness of a local news camera investigating a crime scene, Blank’s movie takes you into the nooks & crannies of the Carnival season. If Mardi Gras is not a spectator sport, the reason Always for Pleasure succeeds is because it feels authentically participatory. It grabs you by the hand & leads you through the parades & celebrations in a playful, drunken “sea cruise” of excess & time-honored tradition.

There pretty much is no substitution for the all-encompassing sampling of New Orleans culture in Always for Pleasure. The only significant aspect of local flavor I can think of that’s missing from the film would maybe be some culinary delights: gumbo, king cakes, beignets, etc. . . . and, of course, the rampant political corruption. And because the city is so hellbent on preserving & passing down its traditions from one generation to the next, the documentary still feels eerily fresh today. Honestly, not much has changed in the past three or four decades except for the fashions. This is the New Orleans I know & love. This is the meandering magic of Mardi Gras preserved for posterity in a work of art. That’s no small feat, I assure you, so this ends up being the film I return to on an annual basis to get into the spirit of the season.