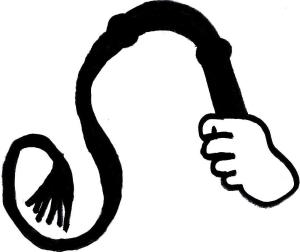 Raiders!: The Story of the Greatest Fan Film Ever Made is exactly what the title says. In 1982, three boys from Mississippi decided to make Raiders of the Lost Ark. They had only their friends, their mothers’ basements, and their allowances. They spent seven years of their lives doing this. They filmed every bit of it except for the airplane scene. This documentary examines this gargantuan project framed around the ultimate goal of them going back as adults to film the one remaining scene.

It’s hard to watch Raiders! without thinking of other recent movies in this vein: Best Worst Movie and Jodorowsky’s Dune. They all explore the idea of what it means to be a cult film, how cult films spread in strange, strange ways, and the drive and obsession it takes to keep pushing yourself to complete an unconventional project. Of course, Raiders! is different from those other examples, because the film they were trying to make already existed. It’s also different because this is a group of kids who spent a good chunk of their childhood doing this, not professional filmmakers. They weren’t trying to make a movie for mass distribution. It just happened.

At it’s heart, though, this is a movie about childhood and reckless, adolescent ambition rather than filmmaking. They took risks. They almost got themselves maimed or killed multiple times and nearly burned down a house. It’s genuinely hilarious to learn about what these kids thought was a good idea and how they accomplished some of what they did.  They were these imaginative, creative kids who attached themselves to this project and never let go. Even as adults, this project still has this magical hold on them. At some points you feel some secondhand embarrassment as these grown men drag out childhood relics and memories and chase after this strange goal, but for the most part you’re rooting for them.

At the end of Raiders!, I couldn’t decide if what these kids were doing was filmmaking at its best or its worst. And I don’t really care. I’m just glad it exists, and I’m happy that there’s a documentary to show me how.