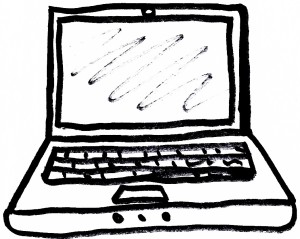 I love the Internet. I spend a lot of time here. I’m also a huge sci-fi nerd. I love looking towards the future, thinking about highly intelligent A.I., and I’m not afraid of the great robot uprising. On top of all of that, I’m a big Herzog fan. Lo and Behold: Reveries of the Connected World kind of seems like it was tailored specifically for me. All that considered, though, it’s ambitious subject matter to tackle. How would anyone make a film about the Internet and how it’s affected our society? Herzog’s solution to that problem is to separate it into vignettes.

The first vignette is about the very beginning at UCLA’s campus. Very early on we get Herzog’s dry sense of humor as he remarks about how hideous the corridors are in the building that houses the start of this massive cultural and technological revolution. Then, we get the basic good and bad sides of the Internet, learning about the widely released EteRNA game which helps researchers learn about new RNA molecules and also meeting a family who’s faced very real harm after a privacy invasion. As the film progresses, however, the ideas and themes sort of spiral out of control in a way that mirrors what the Internet has done.  At some points, the spiral seems less intentional than at others and often times it’s unsure whether or not Herzog — who admittedly didn’t even make his first phone call until age 17 and still doesn’t have a cell phone — really understands the information being passed to him.

The real strength of any Herzog documentary is in the interview subjects. He has a strength in finding the most interesting people to talk to. He also handles each subject with such neutral respect. Whether it’s talking to Elon Musk or students trying to program soccer robots in the attempt to beat the World Cup champions or people in technology rehab, he’s never combative and respects their boundaries.

One thing I really appreciated about this documentary was all the technology-positive viewpoints. So often in our age of smart phone and augmented reality games people are extremely and unfoundedly critical. It was truly refreshing to hear people say positively that the Internet has been a great equalizer and that the conveniences brought on by robots and self-driving cars will be helpful. Yes, Herzog still interviews people who think the Internet is the embodiment of the antichrist and others who believe that wireless radiation is ruining their lives and causing chronic pain, but they are in the minority. Everyone else looks towards the future inquisitively and optimistically.

Lo and Behold is sprawling and out of control and at some points it feels like Herzog was in over his head like someone’s misguided documentarian great uncle. There’s history to speculation, best case scenarios, and worries about an impending apocalypse included here. The film is out of control in the way the Internet has become.

One thought on “Lo and Behold: Reveries of the Connected World (2016)”