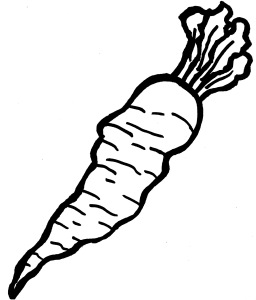 There’s a fun section in Jason Zinoman’s narrative history of the creation of modern horror Shock Value that discusses the creation of Peter Bogdanovich’s first film, Targets. After working for years as the film programmer for MoMA and doing some AD/second unit work, Bogdanovich met notorious producer/director Roger Corman at a premiere, and Corman offered the younger man the opportunity to direct a movie, with a few caveats. First, the film had to star Boris Karloff. Second, Bogdanovich had to include a fair amount of footage from another film project, The Terror, which also starred Karloff; further, Bogdanovich would only have Karloff for two more days of shooting, which he owed Corman for contractual reasons. Finally, Bogdanovich would only have ten more days to film the rest of the movie. When he scoffed, Corman  supposedly said “I’ve shot whole pictures in two days!” If you’ve ever seen a Corman movie, you know that’s probably not hyperbole, and is in fact equal parts boast and threat.

Bogdanovich then drafted a script that Karloff enjoyed so much that he committed a full five days to the film that would, ultimately, be his swan song. Karloff stars as Byron Orloff, a kind of elder statesman of the silver screen and a thinly veiled version of himself. Orloff is a former horror icon who suddenly decides to retire after a screening of his latest flick, much to the chagrin of young director Sammy Michaels (Bogdanovich), who has finally written something that he feels is actually worthy of Orloff’s stature and ability. Orloff’s classy and witty assistant Jenny (Nancy Hsueh, think Janine from Ghostbusters but warmer and more stylish) is also unenthusiastic about this decision, given her genuine affection for both her boss and for Sammy. Worse still, Orloff completely dismisses the idea that he attend a premiere of the new film, despite already committing to the event. Meanwhile, Bobby Thompson (Tim O’Kelly) is across the street buying a rifle, which he adds to a veritable armory that he’s building in the trunk of his sporty convertible.

Bobby returns to the home that he and his wife share with his parents, and he tells them about seeing Orloff, but his joy about this is short lived. We see that baby-faced Bobby is a veteran, and he tries but ultimately fails to find the words to tell his wife that there’s something wrong inside of him that he can’t voice. As the Thompsons chuckle at Laugh-In and they bathe in the light and radiation of the television set, a drunken Orloff likewise watches his own TV, which is playing one of his (really Karloff’s) earliest films, The Criminal Code. He also entertains an equally inebriated Sammy when the latter appears at his doorstep; the two watch the film together and praise Howard Hawks. Sammy has come to convince the actor to read his script; Orloff, however, calls himself an anachronism. His horror is of the past, he says, and the reinterpretation of his work as “high camp” wounds him. He picks up a newspaper and shows Sammy the headline, about a shooting of six people by a “youth” with a rifle: this is the real terror, Orloff says. The two eventually pass out, and when Jenny arrives the next morning, a hungover Orloff, apparently moved by Sammy’s pleas, relents to attend the premiere. Across town, Bobby’s killing spree begins, as he and Orloff both set an inevitable course toward the same drive-in theater.

For a first film, and especially one made with such bizarre constraints, Targets is astonishingly well-made. There are directors who, in their entire career, never manage to paint the screen with light and color the way that Bogdanovich does here. The Thompson home is one of severe shadows juxtaposed with lavender walls and immaculate countertops, with a camera that weaves through the house like a cobra, catching every cold detail of Bobby’s seemingly perfect life and observing the Thompsons through a doorway, watching them while they in turn watch TV. Full of one-shots, swinging doors, and first person perspective: the view of Bobby’s ostensibly warm and fulfilled life is ironically cold and clinical, and the eye that follows him is documentarian and removed. Orloff’s home, by contrast, is empty and silent, the elderly actor kept company by the sound of his earlier work, but the camera treats him like a friend and not a subject. It’s stunning. The role of light even takes on an important part of the narrative at the end of the film, as the attendees of Orloff’s drive-in appearance attract the sniper’s attention when they activate their interior lights or headlamps.

The subtleties of the script are so faintly traced that you can see the critic’s eye in Bogdanovich’s work. This is most notable with the Thompsons, as the only possible clue that gives us any insight into Bobby’s motivations is his unusually deferential and devotional attitude toward his father, whom he addresses as “sir” and looks up to in a childlike reverence (Mr. Thompson also bosses his wife around brusquely). The subtext never becomes textual enough to provide you any real insight, and it wouldn’t matter if it did; Bobby is cold-blooded, a killer, and there’s no excusing him. The parallelism between Bobby and Orloff is masterfully handled, with each bound up in the expectations of others and a monster in their own unique way, one with a bright future and one whose days are fewer ahead than behind, but the two exchange fates when they meet beneath the flickering of the projector.

When we discussed What’s Up, Doc?, we talked about the way that the film felt timeless in its incorporation of references to films, cartoons, songs, and narrative devices of the past. Despite its age, that later Bogdanovich film feels fresh, and it’s undeniably a good thing. Targets is the inverse, a film that reflected forward rather than backward, a strangely prophetic and disturbingly prescient look at the future of gun violence. There’s almost no reference to gun culture, but the film drew inspiration from the University of Texas tower shooting that had happened a mere two years previously, and we’ve seen that narrative play out again and again and again in recent years, including the particularly relevant shooting at the Aurora movie theater. Further, Bobby looks like the perpetrators of this domestic terrorism: he’s boyishly handsome, blond and charming; he comes from an ostensibly Christian home (based upon the family’s pre-meal prayer) and has a close relationship with his doting parents. His crimes are completely unmotivated, which was a sticking point for contemporary critics who failed to realize that this didn’t detract from the terror but in fact contributed to it. It, too, is timeless, but for all the wrong reasons.

Even without that context, however, Targets is effective in the way that its antagonist’s dispassionate spree killing is horrifying and unnerving. My roommate was fascinated by the film’s humanity and the way that the victims of the shooter are defined by their reactions to this event that’s unfolding around them, comparing the movie to a Coen Brothers film, which is a strong point of contact. It’s a strong effort for a first-time director and is terrifically fascinating in its subject matter and composition; once can only hope it will become less relevant in years to come, but I doubt it.

For more on March’s Movie of the Month, the throwback screwball comedy What’s Up, Doc?, check out our Swampchat discussion of the film and last week’s look at how it found inspiration in Bringing Up Baby (1938).