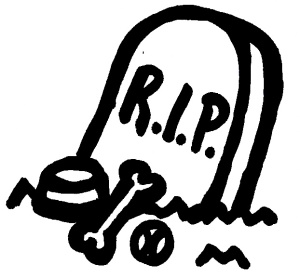 One of the most difficult things to pinpoint about Errol Morris’s landmark documentary Gates of Heaven is the question of its tone. In the 1970s, a feature-length documentary about something as quaint as a pet cemetery was met as an absurd concept (so much so that Werner Herzog ate his own shoe over it), so it would be tempting to read a humorous irony into the interviews Morris conducts for the film. There’s no narration, editorializing, or extratextual context provided for the film’s oral histories of an inter-family dispute over ownership of a pet cemetery. The most of his own personality Morris imposes on the story is in his choices in framing & editing, which have a proto-Wes Anderson flavor in their sense of symmetry & color. When an eccentric pet owner sings to their dog or recounts a long, rambling non-sequitur story about their tragically uninteresting children, it’s presented in such a matter-of-fact delivery that it’s difficult to tell if & when Morris is finding them as humorous as his audience does. This documentation of small-town disputes & niche pet-culture eccentrics later turned out to be a huge, blatant influence on the comedic sensibilities of director Christopher Guest. One of Guest’s improv-heavy mockumentaries, the 2000 comedy Best in Show, even mirrored Gates of Heaven’s documentation of eccentric pet owners & the commercial industries that surround their devotion to their animals. And since Guest’s tone is blatantly comedic, the way his own filmmaking style accentuates the quaint humor of his characters is as an excellent demonstration of just how tonally vague Morris’s own style remains.

It’s hard to believe Best in Show was released almost two whole decades ago. Its cast of Guest-regular performers (Bob Balaban, Eugene Levy, Catherine O’Hara, Parker Posey, Michael McKean, Jennifer Coolidge, Ed Begley Jr, etc.) look so oddly young in retrospect, after watching them age in other projects in the years since. In addition to being a time capsule, Best in Show remains an incredibly endearing comedy, something that’s difficult to achieve in a film that openly (even if gently) mocks the kind of pet-obsessed eccentrics who are more sincerely profiled in works like Gates of Heaven. Errol Morris’s influence on Best in Show is most apparent in the film’s earliest stretch, when these characters are first introduced. Before they converge for a climactic dog show competition, each contestant is individually interviewed in their home environments, which often resemble the 1970s decor of Gates of Heaven’s pet-owner homes (right down to the amateur dog portrait art in the background). Most of the individual contestants are coupled off romantically, except for Christopher Guest’s own bloodhound owner, which is a distinct departure from Errol Morris’s style, which tends to focus on one orator at a time. The bloodhound owner would fit right in with the Morris doc, though, almost recalling the quiet sweetness & tragedy of the lonesome Floyd McClure, the pet cemetery entrepreneur who kicked Gates of Heaven’s entire story into motion. The similarities between the two works becomes less apparent as the contestants coverage for the actual dog show competition, because Best in Show then resembles a traditional sports movie narrative instead of a quaint documentary. In the early, introductory stretch, however, you can detect Morris’s fingerprints all over the picture, something that’s only betrayed by the movement of Christopher Guest’s camera.

Part of Morris’ distancing tone is in how his film captures long uninterrupted oral histories of a pet cemetery dispute in a static camera, only coloring interviewees’ input through the background imagery he chose to frame them with. To establish a more distinctly comedic tone, Guest more often “interviews” two characters at the same time, allowing more improvisational play & establishing a quicker pace. There are more interviewees, more live pets, more location changes, more camera movement, more everything. Instead of framing his characters with Wes Andersonian symmetry & calm, he allows the camera to drift back & forth between speakers to accentuate a ridiculous statement or an incredulous reaction. If there is a blatant sense of humor to Gates of Heaven, it’s to be found in the film’s matter of fact documentation of mundanity. Best in Show runs with that thread, making its characters out to be incredibly boring, in that it’s genuinely incredible how boring they are. As much as anyone can assume what Morris was up to in his work, I don’t think Gates of Heaven is mocking his subjects the way a mockumentary must, by design. Similarly, Christopher Guest’s own characters are played with a kind of sweetness (give or take a high-strung yuppie couple with an unseemly J. Crew catalog addiction), even if their extreme mundanity is supposed to be read as humorous. Guest just makes their screentime quicker, broader, and more dynamic in motion than Morris does, because Guest must establish a comedic rhythm instead of allowing one to arise naturally (if at all).

Again, I’m not sure exactly how much humor or ironic detachment Errol Morris intended his audience to read into Gates of Heaven. All Best of Show can illustrate is how that movie may have looked if it were clearly tipped in that direction, fully committed to establishing a comedic tone in capturing the eccentricity of hopelessly devoted pet owners. The two films do feel oddly complementary, though, even if only because they both find an endearing sweetness in most of their subjects, no matter how distanced they remain from them. Best in Show resembles Gates of Heaven (especially in its earliest, introductory stretch) not necessarily because of its similar subject matter, but because it finds genuine fascination in the eccentric mundanity of the pet industry it depicts.

For more on June’s Movie of the Month, the landmark pet cemetery documentary Gates of Heaven, check out our Swampchat discussion of the film and last week’s look at its resulting promotional-stunt Werner Herzog Eats His Shoe.