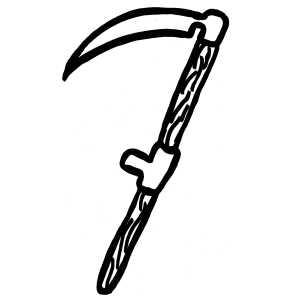 My memories of it were never especially vivid, but the 1984 Stephen King adaptation Children of the Corn scared me silly as a kid. All I truly remembered about the film was a rural town of killer children roaming roadside cornfields under the cult-leader rule of the prophet Isaac, played by series mascot John Franklin. I didn’t even have that central character’s name locked down in memory, though, as I’ve been wrongly referring to him by the more memorable name Malachi for decades (despite that name belonging to one of Isaac’s faithful child soldiers, not the leader himself). Still, even with the only the vaguest memory of that mid-80s cult curio rattling around in the back of my brain, it was easy to recognize it as a clear descendent of our Movie of the Month, the 1976 Euro-grindhouse provocation Who Can Kill a Child?. It’s not nearly as vicious, purposeful or, frankly, as good as Who Can Kill a Child?, but it certainly shares a lot of its thematic DNA.

Originally a short story published in Penthouse Magazine one year after Who Can Kill a Child?’s theatrical release, Stephen King’s killer-children cult thriller is strongly reminiscent of its elder. In both films, a tourist couple are trapped in a remote village overrun by violently rebellious children who’ve massacred all other nearby adults. Both films open with the eeriness of being the only car on the road while violent children quietly watch from their hidey holes. They’re primarily Daylight Horror films staged in open, sunlit spaces that are unusual for a genre that loves to build tension in cramped darkness. Their respective Killer Children contingents are headed by enigmatic leaders who mock traditional religious ceremonies in their town’s abandon churches and, most damningly, share the rarely used scythe as a murder weapon. If King was entirely unaware of Who Can Kill a Child? when he wrote this film’s source material (or if Fritz Kiersch hadn’t seen the picture before directing this adaption nearly a decade later) then this is a phenomenally precise case of parallel thinking.

At first, it appears as if the major distinguishing factor that would deviate Children of the Corn from the Who Can Kill a Child? template is that Isaac’s corn-worshipping flock aren’t killing adults for a supernatural cause, but rather a misguided superstition. There’s a Wicker Man-inspired track here about a cult who believes they must sacrifice anyone over 18-years-old to a vengeful god they call “He Who Walks Behind the Rows” to ensure a good corn harvest. Being ritually murdered by alarmingly organized children on the orders of a false prophet with an overactive imagination sounds genuinely chilling, but that’s not exactly what’s gong on here. There’s plenty of confirmed-to-be-“real” supernatural shit transpiring in these corn fields: harvest demons, Hellish weather patterns, predictive visions, and anything else Stephen King’s coke-addled mind could excitedly splatter on the page in its default over-excited state. If anything, it complicates Who Can Kill a Child?’s supernatural horror by adding more, more, more to the pile instead of appreciating the simplicity of the original’s premise & execution.

The true mutation of the Who Can Kill a Child? formula here is that Children of the Corn perversely feels like a Killer Children horror film made for children. The adult couple abducted by Isaac’s corn-worshiping cult (featuring The Terminator’s Linda Hamilton in an against-type distressed damsel role) provide a basic plot for the story to follow as outsiders who interrupt the killer-children’s natural order. They’re not necessarily the POV characters, though. The film is narrated by a cutesy child actor who plays a detractor within the cult who questions Isaac’s “wisdom.” Even with all the bloodshed & spooky cult rituals, the film plays with a Kids’ Movie sensibility throughout, which excuses some of its sillier touches like its faux-Latin choral score and its dynamic shots of “menacing” corn. A too-early viewing of Who Can Kill a Child? would scar a child for life, but catching Children of the Corn on late-night cable at an early could easily create a lifelong horror fan, something I can personal confirm. I suspect that’s how this deeply silly film earned no fewer than nine sequels, anyway, while Who Can Kill a Child? has been relegated to in-the-know cult status. Children of the Corn is about as original & hard-hitting as a Kidz Bop cover of that superior work, but there are far worse things a film could do than transform impressionable children into future genre nerds.

For more on October’s Movie of the Month, the 1976 Euro-grindhouse provocation Who Can Kill a Child? , check out our Swampchat discussion of the film and last week’s look at its more muted predecessor, Village of the Damned.

One thought on “Ancestors of the Corn”