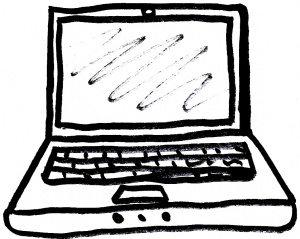 For the past couple months, I’ve shifted our weekly “What’s Playing in Local Theaters” report to a list of Swampflix-recommended movies you can stream at home.  This choice was initially a no-brainer, as the governor had ordered the closure of all Louisiana movie theaters in response to the ongoing COVID-19 crisis.  As of last week, cinemas are allowed to operate again as part of Phase One of the state’s re-opening strategy, but I’m personally not confident that’s such a great idea.  So, I’m still going to stick with Online Streaming options as a moviegoing substitute for the time being.

Society (1992)– From our Movie of the Month discussion: “Society was largely panned in its time for this disinterest in thematic subtlety, struggling for three years after its initial release in 1989 to earn a proper US distribution deal. Treating its class politics as a flimsy excuse for the disturbing practical effects orgy in its final act seems like a mistake to me, though, and I’m delighted that the film has been reassessed as a cult classic in the decades since its humble beginnings. The way it explores class divisions in the most literal & grotesque terms possible is highly amusing to me in an almost cathartic way.” Currently streaming on Shudder, Amazon Prime, Kanopy, and Tubi.

20th Century Women (2016) – From my review: “Although 20th Century Women is constructed on the foundation of small, intimate performances, it commands an all-encompassing scope that pulls back to cover topics as wide as punk culture solidarity, what it means to be a ‘good’ man in modern times, the shifts in status of the American woman in the decades since the Great Depression, the 1980s as a tipping point for consumer culture, the history of life on the planet Earth, and our insignificance as a species in the face of the immensity of the Universe. For me, this film was the transcendent, transformative cinematic experience people found in titles like Tree of Life & Boyhood that I never ‘got.’ Although it does succeed as an intimate, character-driven drama & an actors’ showcase, it means so much more than that to me on a downright spiritual level.” Currently streaming on Netflix and for free (with a library membership) on Hoopla & Kanopy.

I Married a Witch (1942) – From Britnee’s review: “It’s very cliché to say that a film is ‘ahead of its time,’ but I can’t think of a better way to describe Rene Clair’s comedy, I Married a Witch. For a film that debuted in the early 1940s, it’s got a very different style of humor when compared to other comedies that came about during that era. When I think of films of the 1940s, I think of Casablanca, It’s a Wonderful Life, and Meet Me in St. Louis, so watching a film that is about a resurrected witch that preys on a soon-to-be-married man just feels so scandalous!” Currently streaming on The Criterion Channel and for free (with library membership) on Kanopy.

Beyond the Valley of the Dolls (1970) – From my review: “It’s difficult to put into words exactly what Beyond the Valley of the Dolls is or what it’s about, so I’ll just tell you how Ebert described the film’s genre: ‘It’s a camp sexploitation action horror musical that ends in a quadruple murder & a triple wedding.’ Does that about clear it up? At times it feels like the only thing Beyond the Valley of the Dolls isn’t is a sequel to Valley of the Dolls, which is what Meyer was initially hired to direct. At least the film warns you of that outright in a prologue that distances itself from the melodrama original. What quickly follows is one of Meyer’s trademark industrial/sex montages, this time combatively pointed at Los Angeles & set to an inane slam-poetry style monologue about hippie culture. The difference is that the montage never ends this time, adopting Mondo Topless‘s frantic energy for a full-length narrative feature. As Meyer put it, he wanted the film to establish “a punishing rhythm, pummeling the audience.” Boy, did he succeed.” A $4 rental on all major VOD platforms.

Queen of Earth (2015) – From Boomer’s review: “As rare as it is to see a film that so unabashedly stares into the face of mental illness, it’s even rarer to see a film that understands and appreciates that, from the outside, the behaviors of an irrational person can be objectively humorous even if they are subjectively heartbreaking, and Queen of Earth manages to tread that line in an insightful and deft way. More than just adding more scenes to Moss’s career highlight reel, this movie is the most honest portrayal of unhealthy bonds I’ve seen in as long as I can remember. It will break your heart and then make it sing, and you’ll be haunted by the images and their emotional resonance for weeks.” A $4 rental on all major VOD platforms.

Innocent Blood (1992) – From our Movie of the Month discussion: “A decade after An American Werewolf in London, John Landis brought the public Innocent Blood, a movie about a French vampire in … Pittsburgh. Marie, the fey French vampire, decides to help herself to Pittsburgh’s criminal element. Mistakes are made, spinal cords are left intact, and before too long Marie and ousted undercover cop Joe are duking it out with a proliferating vampire Mob. There’s something for everybody! Stunts! Grotesque special effects! Gallons of blood! Strippers! Don Rickles! Innocent Blood is entertaining, weird, and a little self-conscious.” A $2 rental on all major VOD platforms.