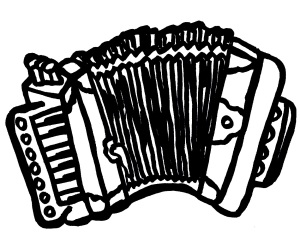 I typically don’t catch any films at the New Orleans Film Festival, mostly because my mind is all over the place around that time of year. This year was different. When I got word that there was a documentary about my favorite local musician being presented at the fest, I was on it. I immediately bought my digital pass and blocked off my calendar for its premiere date. The film that got me to dip my toes into the New Orleans Film Festival world was Nobody May Come, an independent documentary about the one and only Valerie Sassyfras.

Before I discuss the documentary, I want to talk a little about my experiences with the music and performances of Valerie Sassyfras over the past five years. Picture it: it’s the Siberia lounge in New Orleans on a Friday night in May of 2015. Underground puppeteer David Liebe Hart is getting ready to perform, so I stepped outside to bum a cigarette from a hipster (a bad habit I had when I was in my early-mid 20s while socially drinking). Across from me was a Trailblazer with a big magnet on the door that said “Valerie Sassyfras,” and I remember thinking to myself, “Wow, what a fun name.” Suddenly someone comes outside and yells, “Everyone get in now! She’s doing something called the Alligator Dance and it’s amazing!” I immediately go in to join the fun, and I see a small woman in glitzy garb walking around the bar with her arms clapping together like the mouth of an alligator, and there’s a conga line behind her. That was my first Val experience, and I was immediately obsessed and officially became a Sassyfrasser (a term for Val fans). She was the opener for David Liebe Hart and gave one of the best opening performances I’ve ever seen. After the show, I found her website (www.valeriesassyfrass.com – go to it now and I promise you won’t be disappointed) and searched for her upcoming shows. I called one of my best friends to tell him about this amazing woman and invited him to go with me to St. Roch Tavern, and that was the beginning of us trying to see as many Valerie Sassyfras shows as possible.

I’ve seen Val perform in lots of different venues: Live Oak, Morning Call in City Park, Tipitina’s, Trader Joe’s, and Lebanon’s, just to name a few. I have also randomly run into Val performing on Oak Street and at a couple of art markets. You never know when you’ll catch a Val show! My favorite place to watch her perform is St. Roch Tavern. Most of the performances I’ve seen there have small crowds, which sometimes were just made of up of me, my Sassyfrasser friend, and the bartender; but Val performs as though she was playing a sold-out stadium. She’s a one woman show, so the stage included her scrim, which she dances behind provocatively (it’s the best!), her variety of instruments (accordion, keyboard, washboard, mandolin, etc.), and all of her props (leather whip, feather fan, etc.). Those St. Roch shows made for some of my most fond memories. The feeling of just being myself and having a good time without a care in the world would take over my body, and for just those few hours, I was so damn happy. I also really enjoyed her mandolin performances outside of my very favorite restaurant ever, Lebanon’s Cafe. One night, my Sassyfrasser pal and I (we both lived super close to Lebanon’s) went over for dinner and a show. I mentioned to Val that I was a down-the-bayou Cajun, and she played one of my favorite Cajun tunes, “Jolie Blonde,” for me. It was more of an acoustic performance without all of the fun stage props, and it was just as fabulous.

After following her shows for well over a year, I started to realize that there was a great Sassyfrasser community in existence. Val opened for local female rapper Boyfriend at Tipitina’s in August of 2016, and while at the show, there was a group of folks in the crowd who were singing along to a Val classic called “Hide the Pickle”. I joined in and they told me that they loved Val’s music and always go to her Old Point Bar shows in Algiers. There are so many groups and folks that I’ve run into at Val shows over the years who adore her as an artist and a musician.

When I sat down to watch Nobody May Come at this year’s New Orleans Film Fest, I expected the documentary to be just as upbeat and exciting as a Valerie Sassyfras performance, but it didn’t really go in that direction. Directors Ella Hatamian and Stiven Luka focused more the Val’s personal struggles with her family issues and her experiences after being featured on The Ellen DeGeneres Show and America’s Got Talent. The documentary did a great job of allowing everyone to see what Val’s life is like behind all of the glitz and glam, but to my surprise, there really wasn’t much focus on how much the New Orleans locals value Val and her artistry. It could be that the directors are not from New Orleans (although I believe one of them lived here for a bit), and that’s why the doc is missing that element. There is this great moment at the very end of the documentary where Val is performing in front of an audience made up of a few people eating at some event in Kenner’s Rivertown and not really paying attention to her performance, and one of her fans shows up with her kids specifically to see Val. That is what Val fans do. We seek her out, even if she’s in Kenner, and we bring our family and friends with us to expose them to the Valerie Sassyfras experience. I just wish that the documentary featured more of those moments. Although the film is a bit on the grim side, it at least does a great job on focusing on its main character: Val.

There will be folks watching this documentary who only know Val through her viral televised performances, and I just want it to be known that there are many of her fans who truly appreciate her as an artist. Val is not just a viral video or an off-beat audition in a TV talent competition; she’s a local New Orleans legend.

If you’re interested in getting into Valerie Sassyfrass’s music, here is a list of my top 10 favorite songs:

10. “Truth is Stranger Than Fiction” (Blast Off! A Cosmic Cabaret)

She also has a fabulous Christmas album called Christmas with Valerie that would make a great addition to any holiday celebration this year!

2 thoughts on “A Sassyfrasser for Life”