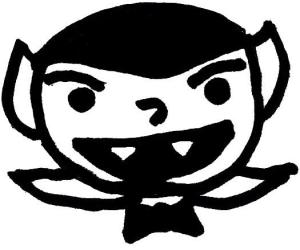 I have a running list of absurdly idiotic movie gimmicks that delight me to no end: horror films about internet-dwelling computer ghosts; plot-summarizing rap songs that play over end credits; music video dream sequences, etc. This week I may have discovered a new one: the not-so-secret villain who gives themselves away with an obviously evil pun name. Naming fictional characters is difficult business. It takes incredible skill & patience to find the right name that both says something about the character without being too blatant and feels natural on the tongue. This week I’ve been watching movies that don’t at all burden themselves with either concern, instead using their villains’ names as plain, upfront statements about where they stand in the world and how you should feel about them. It’s a tactic that’s far more often employed in the heightened realities of pro wrestling, drag, and comic books – one that sticks out like a sore thumb when it’s deployed in cinema, hilariously so.

The first of these villainous pun names to jump out at me was from the 1987 supernatural noir Angel Heart. The film joins the ranks of New Orleans-set erotic thrillers like The Big Easy, Zandalee, and Cat People ’82 in depicting our fine city as a sweaty pile of saxophones, street steam, horniness, gumbo, and Voodoo. The plot is, on the surface, a fairly standard noir riff where a young, strapping Micky Rourke ventures to investigate a missing person’s case while getting tangled up with various dangerous dames. Everything changes when a corny sex scene between Rourke & Lisa Bonet (a beautiful combination, considering the times) turns into a nightmare vision of Hell and the movie takes a supernatural turn. Anyone paying attention to the character names should see that directional shift coming from a mile away, however. Not only is Rourke’s professional sleuth named Harold Angel, but the man who hires him to investigate the crime (in “a special appearance” from Robert De Niro) is named Louis Cyphre. Turns out that long-nailed, slick haired trickster Louis Cyphre has a pure-Evil, supernatural role to play in Angel’s downfall. Who would have guessed?

The second villainous pun name I stumbled across was a much more recent, less nostalgically minded-title: Wes Craven’s 2005 airplane thriller Red Eye. A tight, gimmick-heavy thriller from the War on Terror era of Bush’s presidency, the film features Rachel McAdams being held hostage by Cillian Murphy on a late-night flight and subsequently being pressured into participating in a terrorist attack. Red Eye has a Final Destination feel to it, except with Terrorism feeling like the inescapable inevitability instead of Death. That set-up allows for over-the-top skirmishes with flight attendants, missile launches, and assassination attempts to feel at home with the overall tone, but the movie also has a stray concern with gender politics that lands far outside that thematic orbit. Murphy’s abduction & coercion of McAdams begins as extremely gendered flirtation, then erupts into domestic violence exchanges where he explains he has the upper hand because his “male-driven logic” trumps her “female-driven emotion.” That turn in the story is much more jarring than Murphy’s reveal as the villain, but the gendered violence of the film is less surprising when you consider his character name for a half-second: Jack Rippner.

After meeting Louis Cyphre & Jack Rippner by chance, I decided to revisit the most shameless villainous pun name I could recall. It’s an honor held by none other than schlock king Ed Wood Jr., who had the vision & the fortitude to name a character Dr. Acula in 1958’s Night of the Ghouls. Officially unreleased until the 1980s, cobbled together from footage pilfered form Orgy of the Dead & The Sinister Urge, and somewhat posed as a direct sequel to Bride of the Monster (at least in Tor Johnson’s resurrection of the character Lobo), Night of the Ghouls is a total mess even by Wood’s “standards”. It’s a charming mess, though, especially in sequences where Dr. Acula fleeces marks by staging fake seances in his spooky mansion for easy cash. Everything about Acula is a mystery. Actor Kenne Duncan is not at all vampiric in the role, not even vaguely. The character was obviously written for Bela Lugosi before his death, but why wasn’t it given to Criswell instead, who introduces the film while rising of a casket, then continues to operate outside the narrative? If Acula is a total fraud whose seances are staged for grifting, why would have burdened himself with such an obviously suspicious, villainous stage name? Was the character intended as an homage to Lugosi’s very similar conman in the 1940 horror comedy You’ll Find Out? I’m not sure Wood would have answers to these questions even if he were still alive, which I suppose is part of the fun.

Jack Rippner, Dr. Acula, and Louis Cyphre have better company in more well-respected films – characters like Hannibal Lecter, Cruella de Ville, and any number of James Bond or Harry Potter villains you can name. Honestly, though, I find them even more delightful as sore-thumb intruders outside of contexts like comic books or children’s literature that would excuse their over-the-top nomenclatures. Now that my eyes are open to the trope, I fully expect to notice more villainous pun names at the movies. At the very least, I hope to run across a Justin Sane or a B. Zilbub before my time on Earth is through and I fully expect to fall in love with the films that dare to exploit that gimmick. It’s consistently delightful & comfortably at home with this genre film territory. 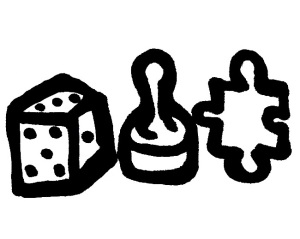 Along with horror & sci-fi, comedy is one of the few genres where I’m intensely skeptical of initial critical consensus. In the recent Indiewire piece on which largely-derided films will likely become future cult-classics, critic Richard Brody made the strongest case for the Jared & Jerusha Hess film Gentlemen Broncos, which was instantly dismissed by the larger critical community upon its initial release in 2009 but I personally loved so much that a defense of it was my first-ever stab at film criticism and, thus, partially the reason we started this blog. There have been plenty of other well-written, cult-worthy comedies released since Broncos that we’ve raved about here while they’ve been just as readily dismissed by the pro critic community at large: The Bronze, The To Do List, The Little Hours, Ghostbusters, Tammy, Keanu, and so on. That’s why it’s a little hard to stomach the consensus that the recent release Game Night is somehow an almighty savior to the modern mainstream comedy. Now that the improv-heavy, Judd Apatow era of major studio comedies has overstayed its welcome, it’s understandable that critics are hungry for a return to tightly-written, stylistically distinct comedic pieces and Game Night admittedly delivers on both of those fronts. For all of its slick direction style, attention to detail in score & characterization, and avoidance of improvisational looseness, though, the laughs just aren’t big or unique enough to fully earn its reputation as “the comedy knockout we’ve been waiting for.” It’s a fun, technically-accomplished movie that’s afforded enough money to stage a convincingly stylish & distinct aesthetic, but ultimately applies that attention to filmmaking craft to the same kind of pop culture references & physical humor we’re already used to seeing in major studio releases (in the Judd Apatow & Adam McKay era especially). That can make for a good time, but it’s far short of revolutionary for the medium.

Jason Bateman & Rachel McAdams stat as an overly competitive married couple who had their meet-cute at a college trivia night and, now that they’re middle-aged dweebs, host regular “game night” get-togethers with fellow couples. Rounds of Monopoly, charades, Pictionary, and so on are treated with life & death seriousness, but eventually lose their allure after years of repetition. This pattern is disrupted when Bateman’s equally competitive older brother decides to take the games to another level by hiring a company called Murder We Wrote to stage a kidnapping mystery for the couples to solve. This, of course, is complicated by a real kidnapping that upstages the fake one, calling the artifice of the game into question. Middle-age couples looking for a safe thrill are suddenly mixing with real life gangsters, chipperly wielding very real guns, and unkowingly risking death for the sake of being declared the victor. Directors John Francis Daley & Jonathan Goldstein smartly take the crime thriller end of this ever-escalating premise seriously, essentially morphing Game Night into a David Fincher pastiche. The film’s obvious resemblance to Fincher’s The Game is backed up by several extensive references to Fight Club. Violence is abrupt & grotesque. A delicately synthy Cliff Martinez score feels like outtakes from the composer’s work on Drive. Better yet, the film finds its own unique visual language by framing its exterior sets as miniatures, making the city its characters chaotically run around resemble a giant board game. A character announces upfront that “you’re not going to know what’s real and what’s fake” and the movie stays true to that dynamic through several thriller-worthy twists, making its plot a kind of puzzle game for the audience to crack themselves. The way its form matches its subject does for board agames what Scott Pilgrim Vs. The World did for video games long enough ago that its then-young audience might now be old enough to relate these jaded, thrill-seeking adults.

There are two comedic performances that almost elevate Game Night to deserving its “mainstream comedy savior” status. Billy Magnussen (of Ingrid Goes West, speaking of comedies that take their thriller beats seriously) stands out as a buffoonish, Ryan Lochte-style “sex idiot,” earning most of the film’s outright laughs. It’s Jessie Plemmins’s performance as a bitterly lonely creep/cop that really elevates the material, though, suggesting a better film where the jokes are actually natural to the thriller plot around them, instead of constantly relying on external pop culture references to earn a laugh. Game Night at least sets up a reason for the pop culture references to be a part of the characters’ daily language, given their trivia nerd pedigree, but the humor derived from that conceit is still well-worn, familiar territory for the modern studio comedy. I’ve gotten much bigger, stranger laughs out of films conspicuously lacking Game Night’s attention to filmmaking craft, recent examples including Girls Trip & Dirty Grandpa, so I have to question if this mainstream thriller pastiche is actually a better comedy just because it’s technically better made. Game Night’s tightly scripted, visually stylish approach might be a breath of fresh air within the modern studio comedy paradigm, but I can’t help but wish that it pushed the uniqueness of its humor as hard as it pushed the technical achievements of its craft. By taking the wind out of the sails of its rapturous critical reception, I’m risking sounding like I did not enjoy the film, which is untrue. I had a lot of fun with Game Night (especially whenever the attention was focused on Magnussen or Plemmins). I just think its praise as the only shining light in a dim comedic wasteland is indicative of how many other well-written, cult-worthy comedies the pro critic community collectively overlooks & undervalues.