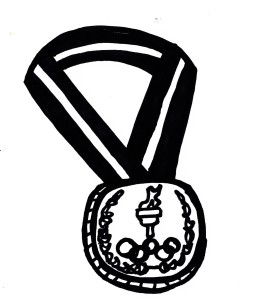 I went into The Bronze not knowing who Melissa Rauch is & came out an instant fan. The problem is that anyone following Rauch from her run on the wildly successful (and wildly mediocre) CBS sitcom The Big Bang Theory is likely to have the exact opposite experience. The Bronze is a mercilessly dark comedy much more in line with Jody Hill-helmed cult comedies like Foot Fist Way, Eastbound & Down, and Observe & Report. Its pitch black humor is hilariously misanthropic for audiences with the right temperament, but also isn’t the kind of entertainment that has mass appeal. Anyone going into The Bronze looking for Rauch to deliver the broad, calculated comedy she’s associated with on The Big Bang Theory is going to be shocked by the loose, raunchy cruelty she brings to the screen here. Rauch helms The Bronze as a writer/lead actor & the film reveals that her personal sense of humor has a wicked mean streak to it that is sure to alienate a lot of fans, but also draw in some new devoted ones, myself included.

Much like the archetypal Danny McBride antihero in the Jody Hill content mentioned above, Rauch plays a has-been athlete with an oversized ego terrorizing the small town folks who are nice to her because they’re easily awed by her modest fame. The Bronze opens with Hope Ann Gregory (Rauch) masturbating to footage of her glory days when she became a local hero by bringing home an Olympic bronze medal in gymnastics. Her life has been a continuous rut since that youthful victory and Hope has slowly, bitterly grown into the world’s oldest teenager. She wears her hair in a ponytail, sleeps in until the afternoon, wastes her days getting high & hanging out at the mall, steals spending money from her dad (whom she lives with) when her allowance (!!!) isn’t sufficient enough to support her “lifestyle”, etc. When her dad threatens to cut her off & force her to get a job, she threatens to “suck dirty dicks” for cash to make him feel guilty. It takes an old friend’s suicide & posthumous blackmail to shake Hope out of her arrested state of adolescence. As she finds a second life as a coach & a mentor for gymnastics’ next generation, she learns what it means to be truly selfless & how much value there is in true companionship. Just kidding. All that changes is that she allows her petty jealousies & shameless narcissism to spread out & poison everyone she interacts with instead of keeping it confined to her father’s basement.

Besides the dark humor of its protagonist’s merciless selfishness, The Bronze also sets out to alienate audiences with an especially raunchy assault of sex humor. Hope is eternally horny in a purely animalistic, Jerri Blank sort of way. She’s constantly barraging her mild-mannered, Midwestern counterparts with phrases like”cock hole” & “clit jizz” and lights up the screen with the film’s centerpiece: an epic sexual encounter that could only be pulled off by a pair of oversexed Olympic gymnasts. Some of my favorite comedies of the past decade have been this gender-swapped version of raunch cinema (The To Do List, Appropriate Behavior, Wetlands, etc.) and The Bronze fits snugly among them. Combine that genre subversion with the film’s heartless cruelty, the novelty of its gymnastics-world setting, and expert use of my all-time favorite movie trope, the plot-summarizing rap song, and you have a strong contender for a future cult classic. Melissa Rauch’s twisted creation has the potential to alienate some of her network television-oriented fan base, but it also promises to earn a more rewarding longevity for fans of this kind of oversexed, misanthropic comedy. Personally, I’m already prepared to give it a second watch & introduce it to some like-minded buddies with the right kind of barbaric sense of humor.